The 35th edition of the Festival takes place from Thursday 15th to sunday 18th october 2020 at Hyères, at the villa Noailles. The exhibitions are open to the public until 29 november 2020. 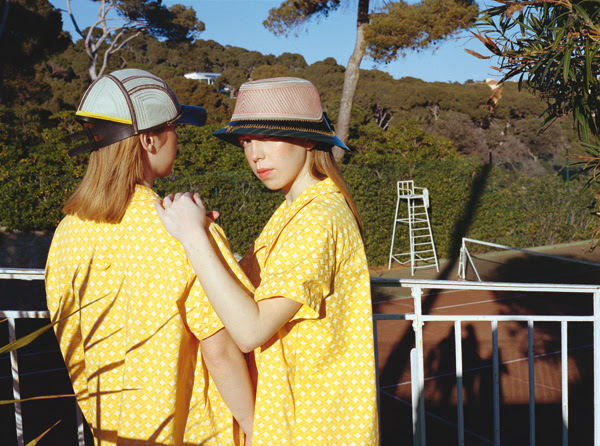 Jean-Pierre Blanc is both the founder and the director of the festival which will be presided over by Pascale Mussard. Since 1986, the festival has promoted and supported young international fashion designers, since 1997 a competition has also existed for emerging photographers and this year, for the fourth time, a competition will also recognise young fashion accessory designers. The festival is acknowledged as the oldest fashion competition aimed at young professionals.

Several prizes are awarded to the competing designers thanks to grants provided by the festival’s partners who commit, together with the festival, to provide long term support. Practical assistance is provided right from the selection stage as well as during a period of two years in various different domains: financing, production, workmanship, materials, production, legal, media, exhibitions, workshops and residencies. This year again new partners are providing their support for this young generation by joining together with the arts center. 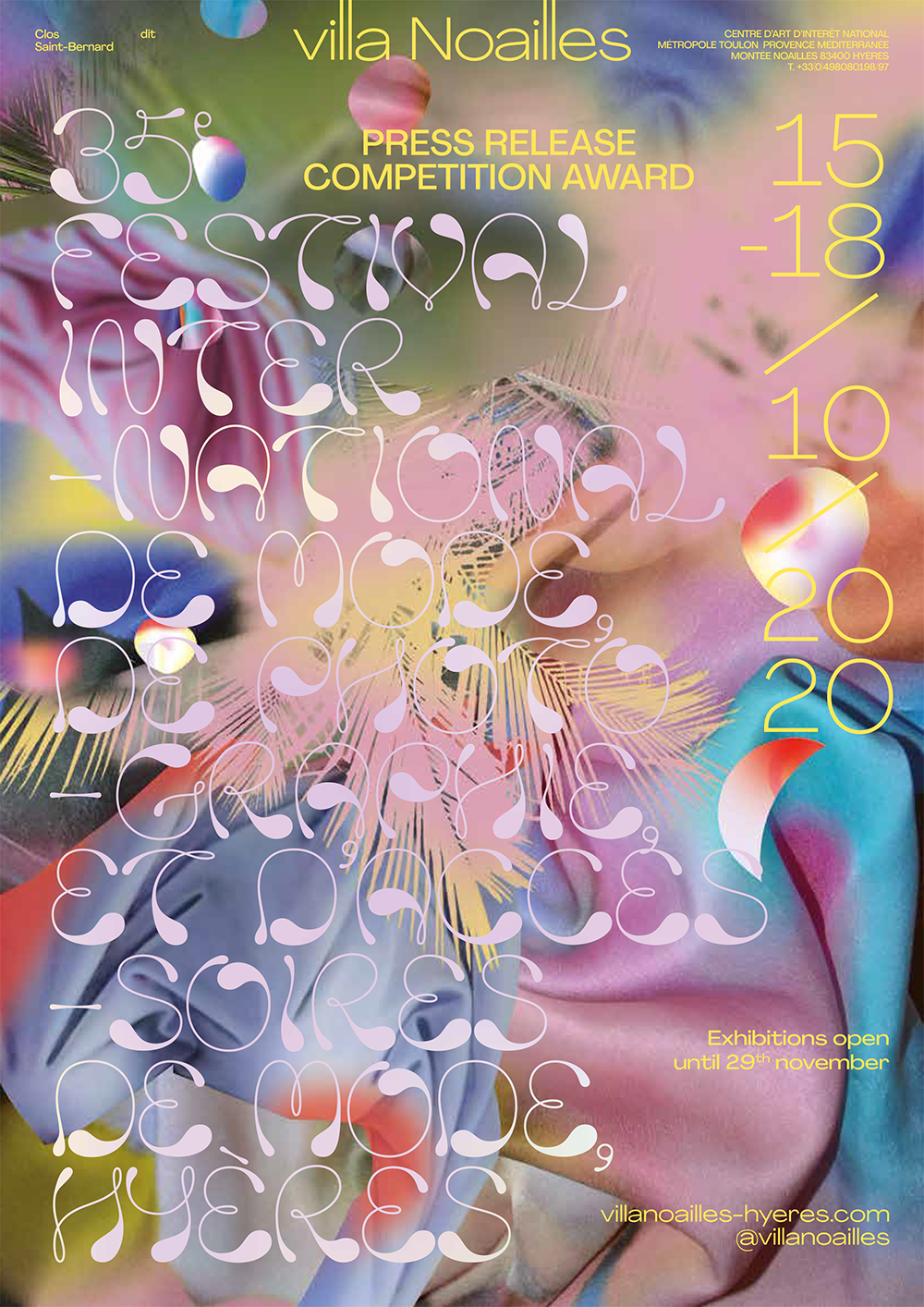 For the Grand Prix du Jury Premiere Vision, when we were all chatting with the jury what we really really admired in the work of Tom Van der Borght is that it was a totally new type of form, new type of shape, new type of commitment to a silhouette and it was uncompromisable. And in this moment we are in, we as a jury believe that it was about starting of this new decade with newnewss, this idea of originality. It was not about looking at something for it´s automatic commercial sense. It was about the beauty within fashion, the handmade, the technique and the risk in it. And I think Tom has really achieved something in what he has done and I think he will go on to do very well.

With the 19M des métiers d´art accessories prize we were really taken back by the workmanship that Emma Bruschi had done with Chanel and the earrings. They were fantastic. A really beautiful balance between the wearable art and the hand, the craft and the idea of generational information passing by and we all wanted them.

For the Chloé Award, we thought the work of Marvin M’Toumo for the piece was so beautifully executed. Fitted into the notion of what we believe what Chloé is about. And you could really see this incredible hand in the trousers and the attitude of the look was fantastic. There was something kind of street but poetic. 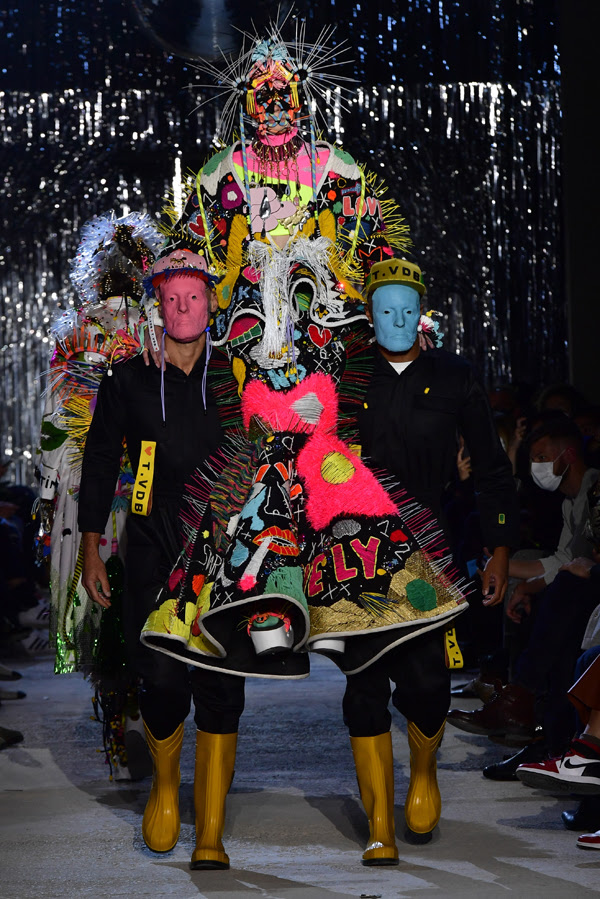 CHLOÉ PRIZE
For the Chloé Prize, the finalists designed in addition to the 7 silhouettes from their collection, one silhouette faithful to the Chloé tradition, the expertise of luxury ready-to-wear combined with a feminine style that is naturally elegant and spontaneous, and is aimed at today’s women. The Chloé Prize consists of a grant of 20 000 euros. 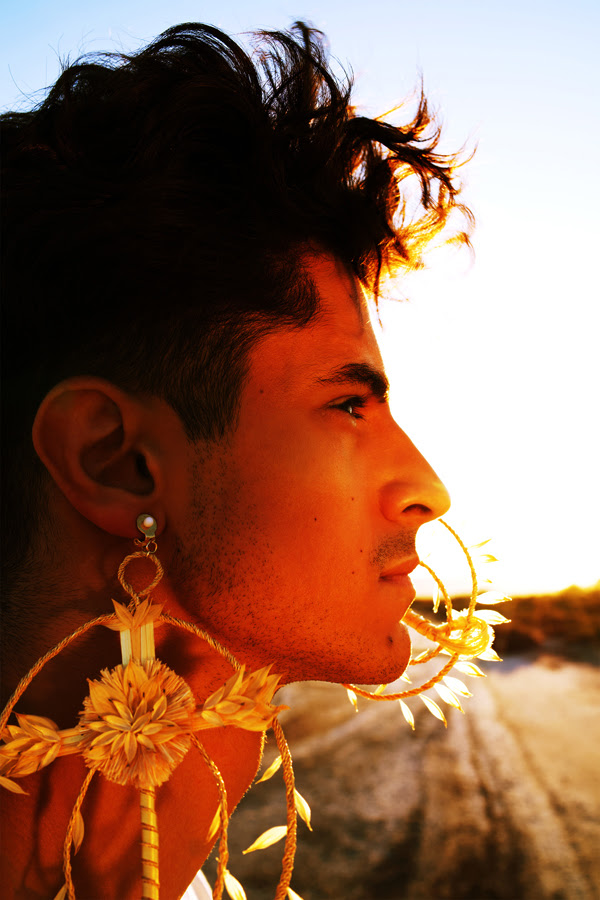 THE CHANEL MÉTIERS D’ART 19M PRIZE
The CHANEL Métiers d’art 19M Prize is awarded to the best collaboration between the ten finalists and ten of the Houses belonging to CHANEL’s Métiers d’art. The awarded finalist benefits from a grant of 20 000 euros for the realization of a new design project to be displayed the following year.

FASHION GRANTS
As part of the sustainability masterclass hosted by Mercedes-Benz and Fashion Open Studio for the fashion prize finalists, one designer will be acknowledged as having best incorporated responsible practices in their work. They will receive further showcasing support by Mercedes-Benz in 2021.
Swarovski will support the fashion prize finalists by providing a generous selection of crystals for their collections.
SUPIMA is official partner of the Hyeres Festival, and will support the finalists of the contest « fashion » section with a donation of SUPIMA cotton. These looks made with SUPIMA cotton will be presented at the SUPIMA DESIGN LAB online 2020 Event during the Ready-to-wear Paris Fashion Week in October.
Eyes on Talents offers to all awarded designers a dedicated communication towards Eyes on Talents member brands and its creative community.
Puntoseta offers to all awarded designers an original printed fabric.
Catwalkpictures.com offers to all the award winners the pictures of their first fashion show in Paris.
Premiere Classe will welcome the Formers finalists of the Festival in a special showroom during the Paris Fashion Week in September offering them a great visibility for their business development.
L’atelier Aymeric Le Deun, specialist in buttons and fabric or leather covered fashion accessories, support the finalists by offering them the production of buttons for their collections. 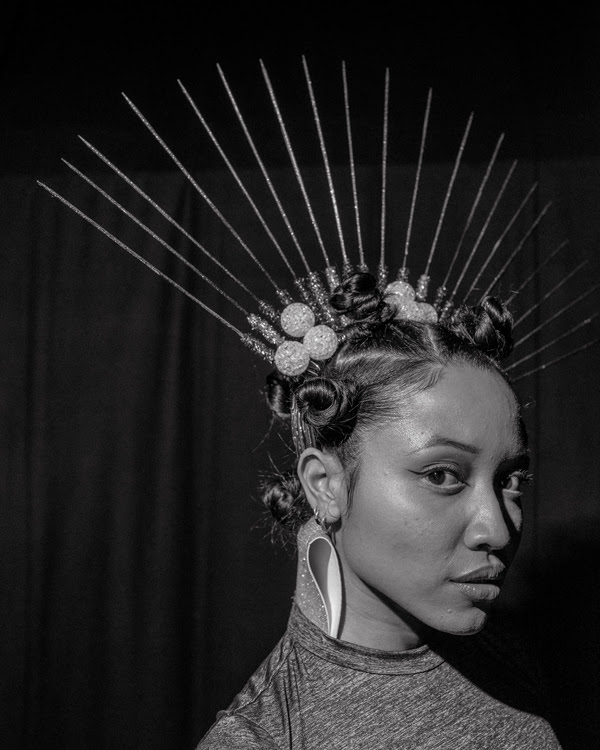 PRIX DU JURY It was tough to choose among so many talented photographers. The jury finally chose and considered that Guanyu Xu’s work was the most relevant: his temporary photographic installations in his childhood home stand for an exploration of identity and a subversion of power structures. They also question the significant influence of images in the formation of our public personality and our deepest desires. By reclaiming a space that has both formed and repressed him, Xu knowingly uses photography as a tool of resistance, thus creating his own reality and asserting his freedom through art. AMERCIAN VINTAGE Andras Ladocsi turns photography into a tool that re-enchants the world. Under his gaze, bodies and objects confuse with the very matter of photography: light. His mastery in the use of this light turns each of his images in small poetic treatises. The Jury thus decided to give him the opportunity to apply its aesthetics to the eclectic reality of fashion.

The House of CHANEL partners with the Grand Jury Prize for Photography to award a grant of 20,000 euros to the winner.

For the four coming years, American Vintage will partner with the Festival of Fashion, Photography and Fashion Accessories, Hyères by creating the “American Vintage Photography prize”. The grant, whose value equals 15,000 euros (including 5,000 euros for the selected photographer), consists in a fashion photoshoot order. It will be awarded to one of the finalists.

Eyes on Talents offers to all awarded photographers a dedicated communication towards Eyes on Talents member brands and its creative community. Wallpaper* will chose a finalist to shoot a main fashion story for the magazine. Wallpaper* looks at fashion from a different angle, accenting its relationship with design, architecture, art and wider visual culture, often collaborating with photographers from outside the fashion field. The winner will also be profiled on wallpaper.com with an interview and an accompanying picture gallery of her/his previous work. 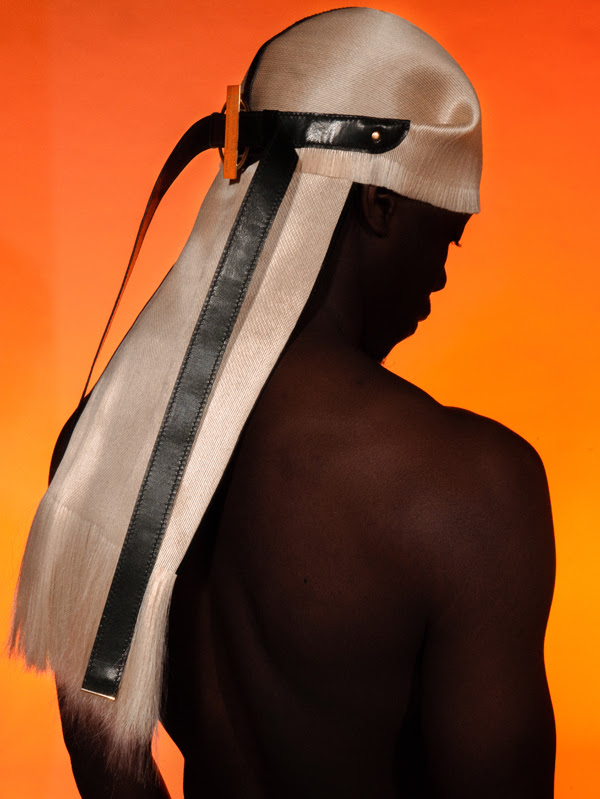 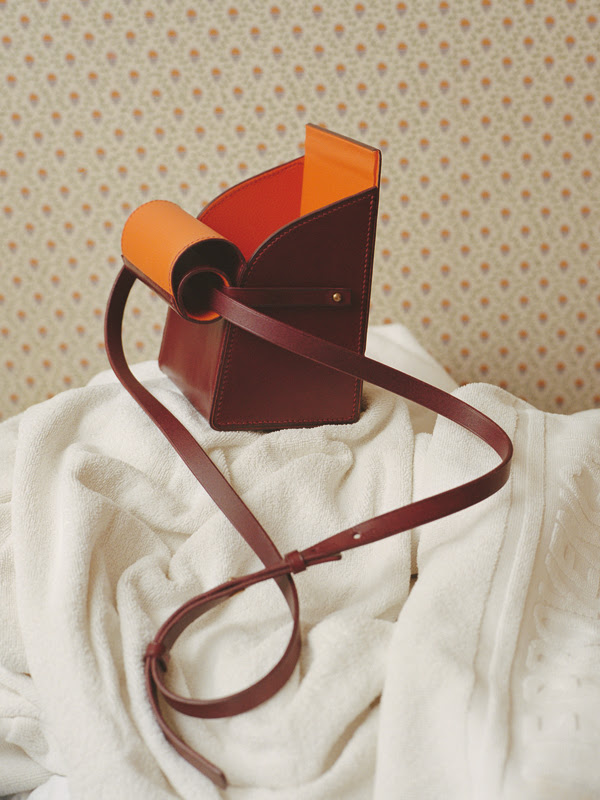 GRAND PRIX
We like their creative audacity and we were surprised by their awareness of the market reality. They have a genuine ecoresponsible commitment, their work is locally manufactured and they have generated an economic fabric around them. They need support and we are here to help and to support them.

SPECIAL MENTION
We are amazed by their choice to revive a disappeared practice, to use the symbol of cut hair as a relic in eternity and the idea of recycling a natural material. We particularly noticed the quality of their work.

The Grand prix of the fashion accessory jury consists of :
– a collaborative project with the CHANEL Métiers d’art, worth up to 20,000 euros.
– the opportunity to discover Swarovski’s headquarters and archives in Austria.

Hermès is partnering with the International Festival of Fashion, Photography and Fashion Accessories to launch the Hermès Fashion Accessories Prize. Through this prize, Hermès is delighted to support young talent and demonstrate its commitment to boldness and innovation as drivers of creativity. Creative freedom, a constant quest for the finest materials, the transmission of exceptional knowhow, innovative craftsmanship and the aesthetics of function combine to embody the uniqueness of the house which, since 1837, has supported those who learn, master and transmit creative gestures. The Hermès Fashion Accessories Prize, with a grant of €20,000, is awarded to one winner for the creation of a piece of a leather fashion accessory

Eyes on Talents offers to all awarded photographers a dedicated communication towards Eyes on Talents member brands and its creative community. Swarovski will support he fashion accessories finalists by providing a generous selection of crystals for their collections.