Creating a line, a paradox. A silhouette. An allure. The J12 Paradoxe combines light with mystery. Day with night. 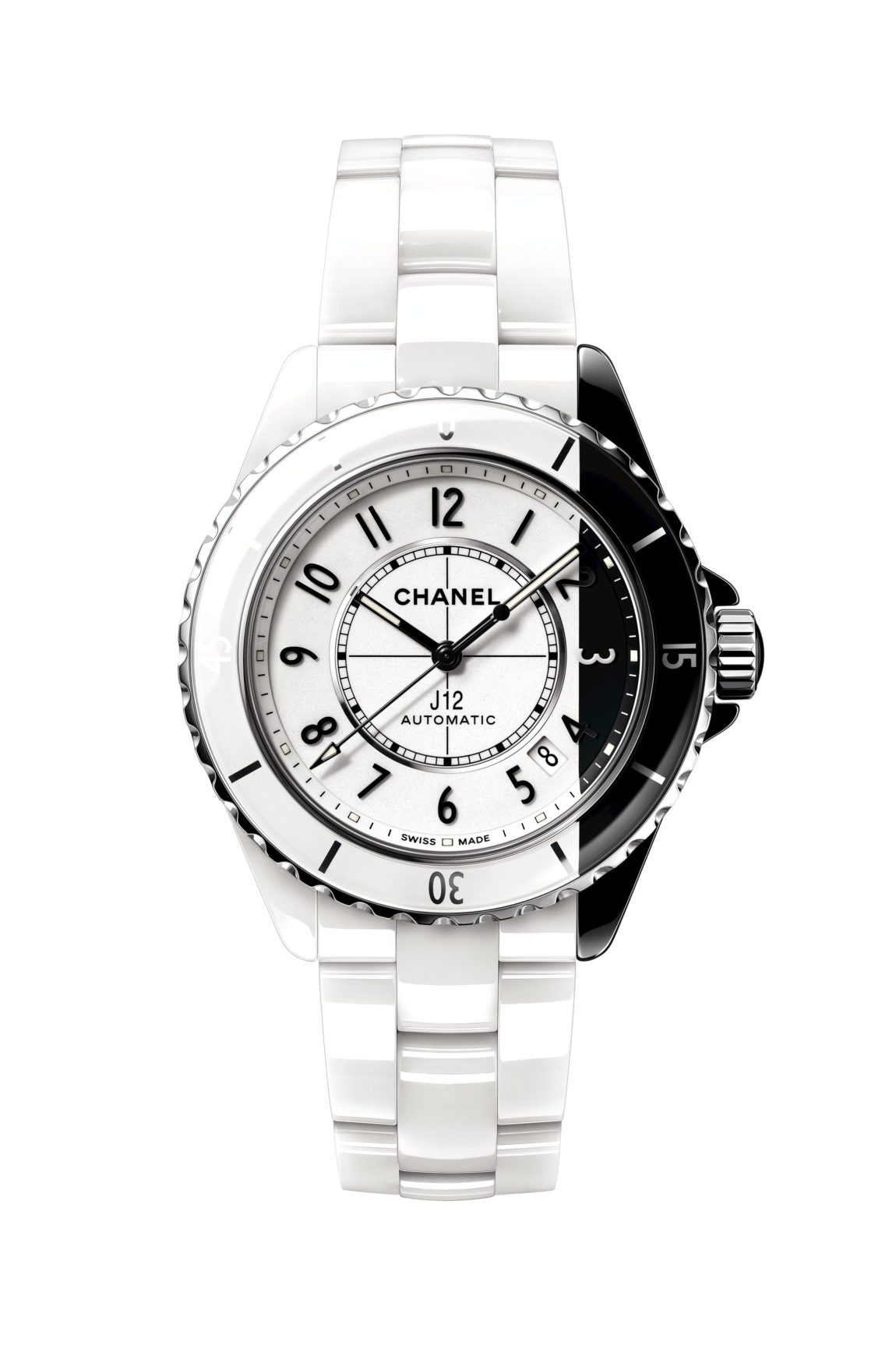 Launched in the year 2000, at first realized in black, followed by a reincarnation in white three years later, the J12 revolutionized the world of watchmaking. It was crowned the first watch icon of the 21st century. From the moment it was launched, the J12 pushed boundaries and defied the firmly held conventions of the watchmaking world. Twenty years later, the J12 still embodies the same creative and rebellious spirit.

Black? Or white? In 2020, the J12 no longer has to choose. For the first time, black and white come together. Without actually mixing. Creating a line, a paradox. A silhouette. An allure. The J12 Paradoxe combines light with mystery. Day with night. With a sleight of hand, it reveals its secret – appearing from under the seam of a jacket, the fold of a blouse or the line of a wrist. Its unique aesthetic is the result of a highly technical feat accomplished by cutting and fusing two ceramic cases of different dimensions – one white and the other black. Assembled together, they form one casing.

Born from scratch-resistant ceramic, this operation is unexpectedly complex. To ensure a perfect cut without breaking the material requires a particular expertise, completely mastered by the CHANEL Manufacture in Switzerland. Once cut, the two parts are assembled on a metallic support into which the sapphire caseback is set. A meticulous mission conceived especially for the J12 Paradoxe, whose fabrication requires the fashioning of two specific two-tone elements – the dial and the bezel. The dial is revealed to be almost completely covered in white, juxtaposed by a stroke of black on its right side. Using tampography, the ring of the bezel is initially coloured black, then white, rendering it in two-tone. The black must be restrained, erased to create the perfect alignment with the convergence line of the white ceramic bracelet.

The two-tone identity of the J12 Paradoxe stands in stark and dramatic contrast when the watch is viewed from the front, highlighting the perfect complementarity of these two colours. Black and white at the heart of the same creation. Black against white. White against black. 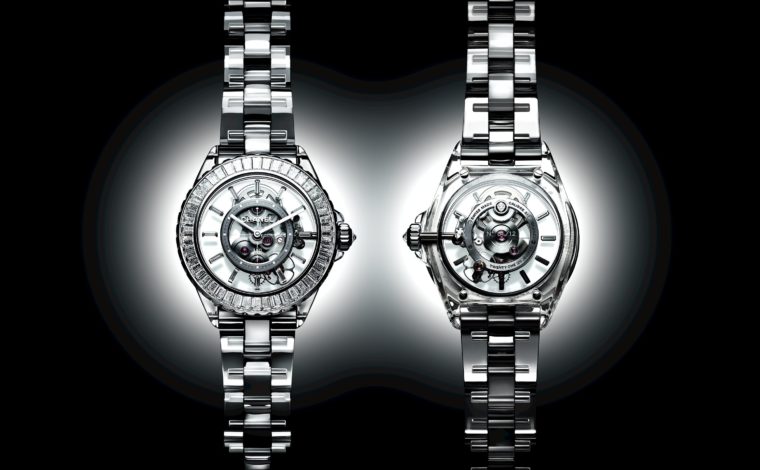 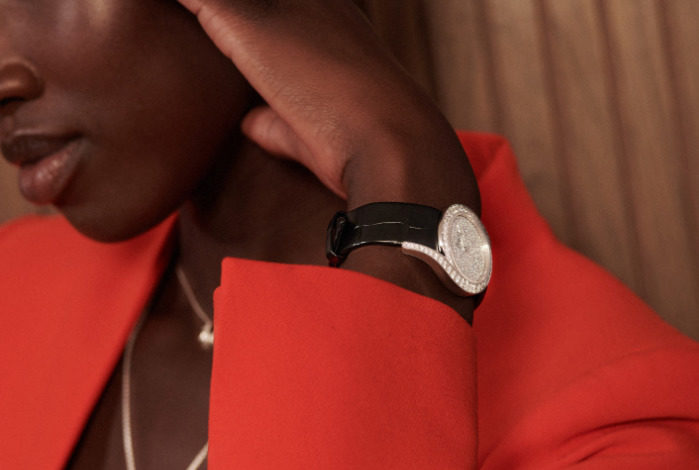 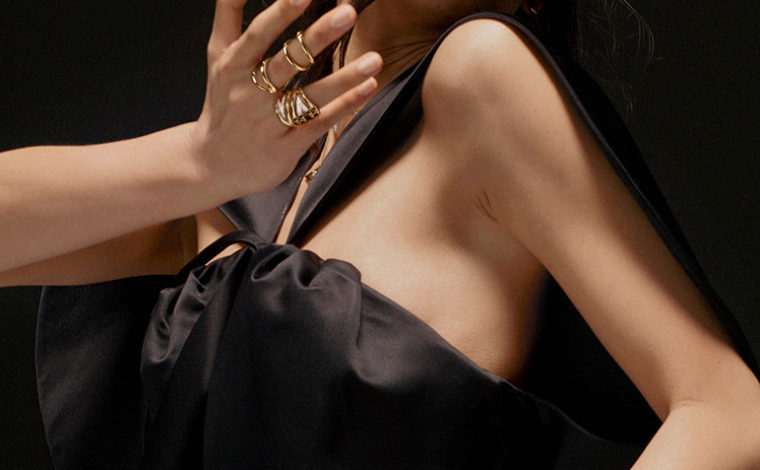