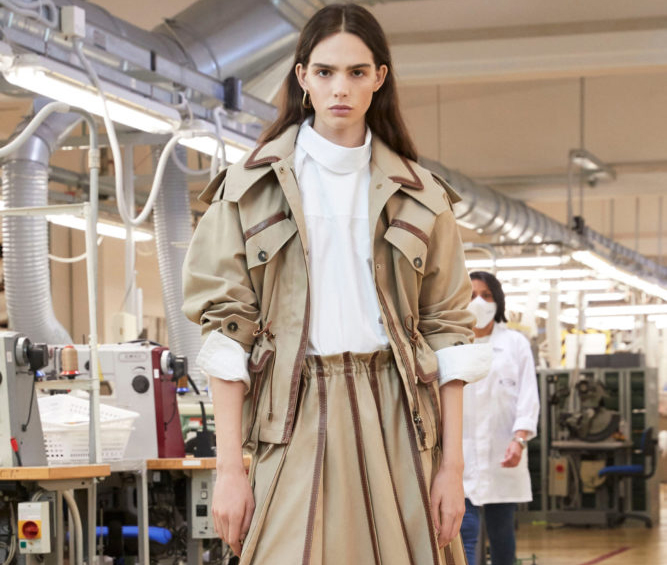 For the collection campaign, Virginie Viard has called upon the American director Sofia Coppola.

Go straight to the heart of CHANEL’s world: this was the spirit of the Paris – 31 rue Cambon 2019/20 Métiers d’art collection, which paid tribute to the House’s historic address. For the collection campaign, Virginie Viard has called upon the American director Sofia Coppola. They had also collaborated on the décor for the runway show, held last December at the Grand Palais, which reconstituted Mademoiselle Chanel’s apartment, the Haute Couture salons as well as the famous mirrored staircase of 31 rue Cambon.

The same staircase now serves as the backdrop to the campaign, photographed by Melodie McDaniel under the direction of Sofia Coppola. The models Mona Tougaard, Gigi Hadid, Vittoria Ceretti, Rebecca Leigh Longendyke, Anna Ewers, Ola Rudnicka, Pan Haowen and Blesnya Minher take a celebratory path that leads from Gabrielle Chanel’s legendary address to a place frequented by Karl Lagerfeld and his friends – the restaurant and the dancing of La Coupole in Paris. 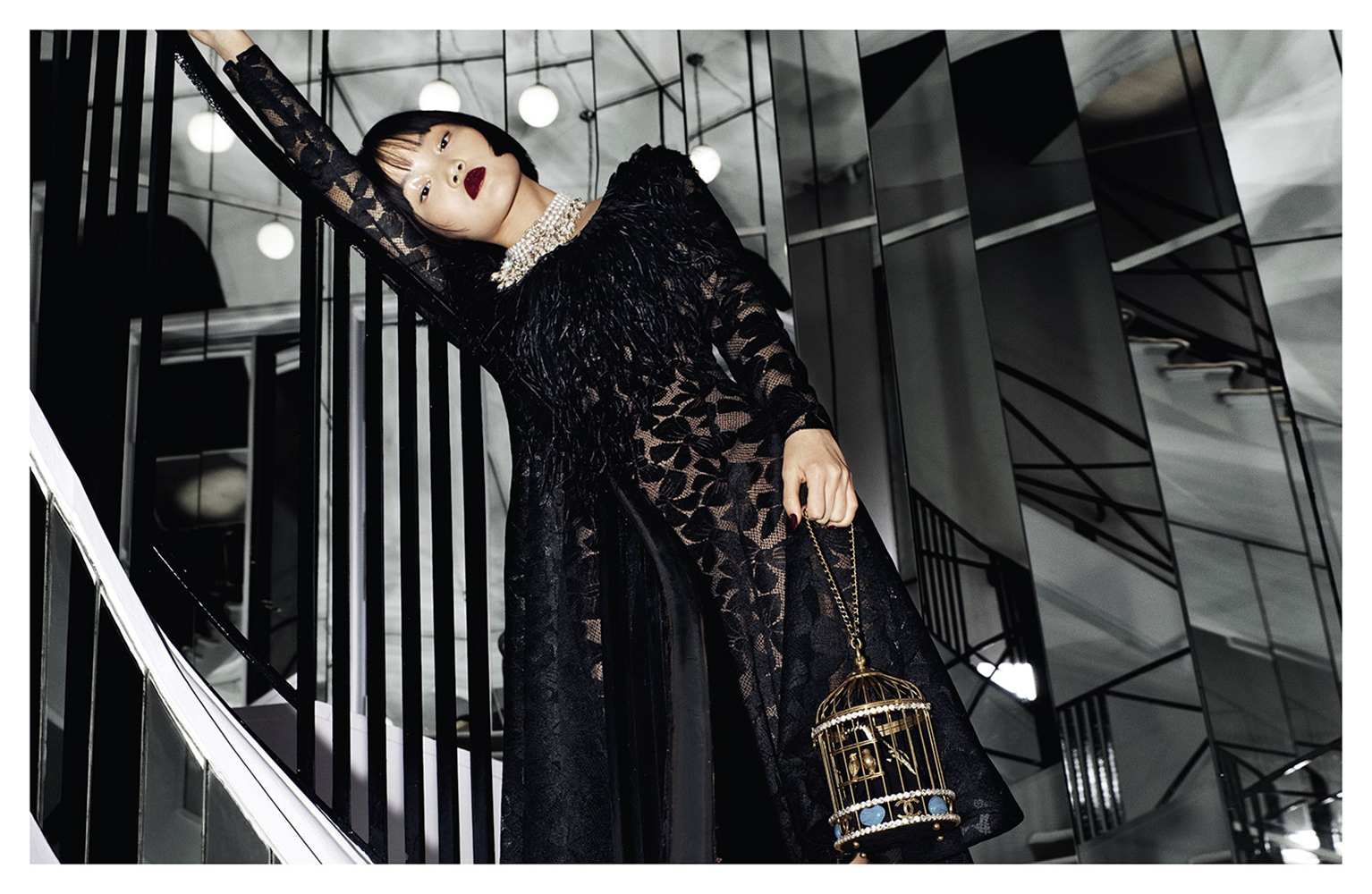 A way of returning to the fundamentals of CHANEL’s style. Starting with the staircase at 31 rue Cambon, an Art Deco oeuvre created in the early 1920s where Gabrielle Chanel would sit to watch her shows, unseen by the audience, perched, as legend has it, on the fifth step. “We thought about the original shows that were held at 31 rue Cambon, and how great it must have been to see the models walking by so close, and the setting by Coco’s mirrored staircase, which always gives me a thrill to see,” explains Sofia Coppola. Mirrors with cubist faceting in which the silhouettes of the collection are reflected.

The chromatic range draws from the emblematic colours of CHANEL: white on a long fluid dress and a satin crêpe ensemble; black on a jacket in jersey embroidered with multicoloured strass and a richly embroidered tweed coat in wool and cashmere; but also gold, on a quilted bronze coat, a dress and a delicate lace ensemble swathed in flowers. Embroidery by the House of Lesage, whether it is an ear of wheat, ribbons or pearls, punctuates several creations. A minaudière in the shape of a golden cage constellated with strass, reminiscent of the famous little bird cage present in Mademoiselle’s apartment, is used to accessorise one of the silhouettes in the campaign. 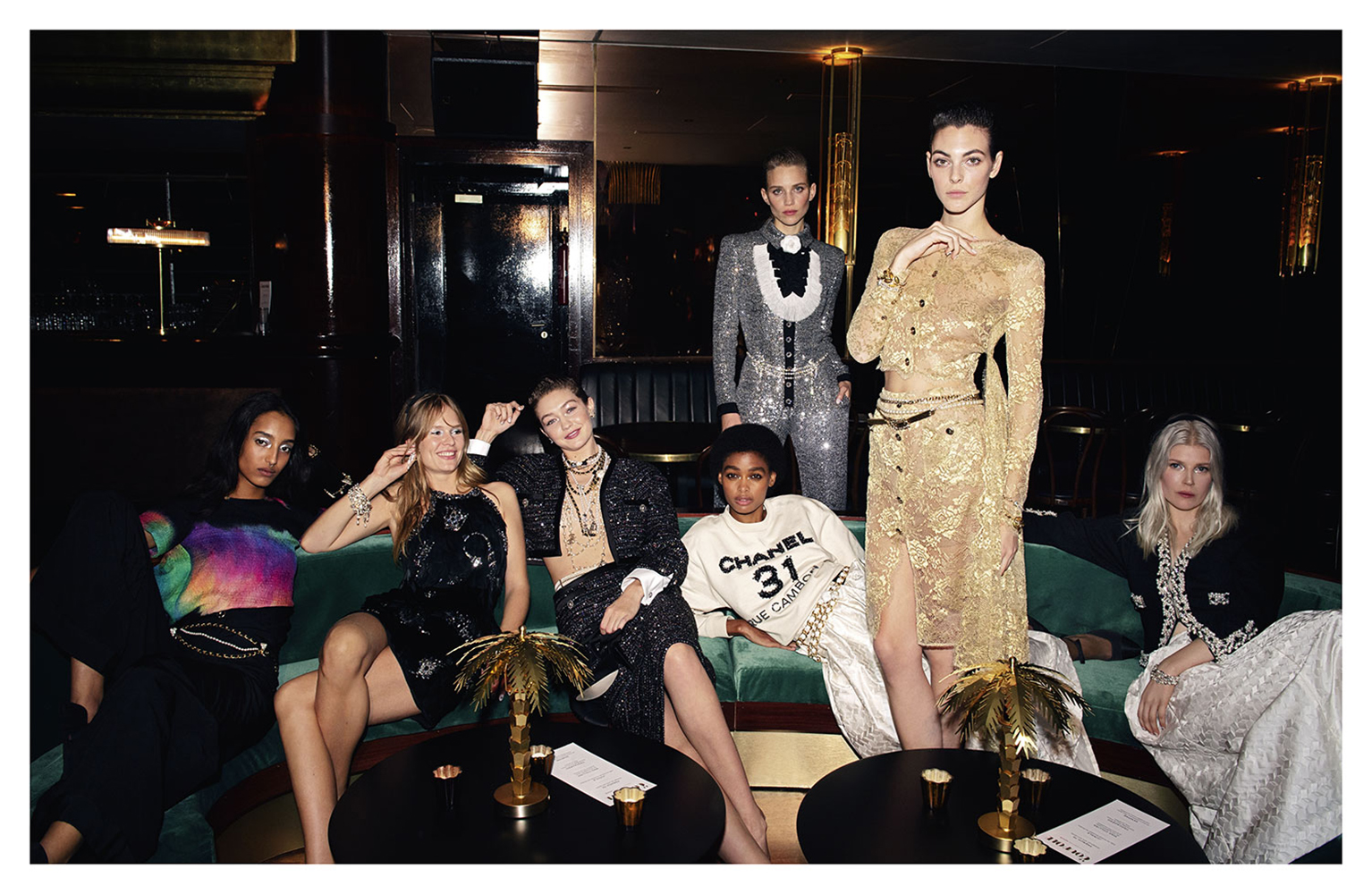 Two-tone, a CHANEL code, is perfectly expressed with a graphic suit in a black and white tweed, as well as the gold and black pumps made by the House of Massaro. The feather and flower maker Lemarié renders sublime a black lace dress, an ecru skirt embellished with double Cs, and a white cape in silk organza printed with camellias. This flower, so dear to Gabrielle Chanel, entirely covers little evening bomber jackets. Tweed is blended with sequins on a jumpsuit finished with a plastron, and a short suit jacket and pencil skirt. Chains are also among the symbols celebrated and are worn with strands of pearls, bows or camellias. The jewellery – cuff bracelets, necklaces, sautoir necklaces, pendants and chokers – complete the look. A true embodiment of the spirit and the energy of 31 rue Cambon, this series of photographs summons the legend of this unique place, its effervescence and its eternal modernity. The Paris – 31 rue Cambon 2019/20 Métiers d’art collection campaign is a celebration of the history and the codes of the House of CHANEL.