Kristen Stewart, one of the most charismatic actresses of her generation, reflects on the very essence of the collection: a cinematographic silhouette, ethereal and graceful, caught in mid-air. 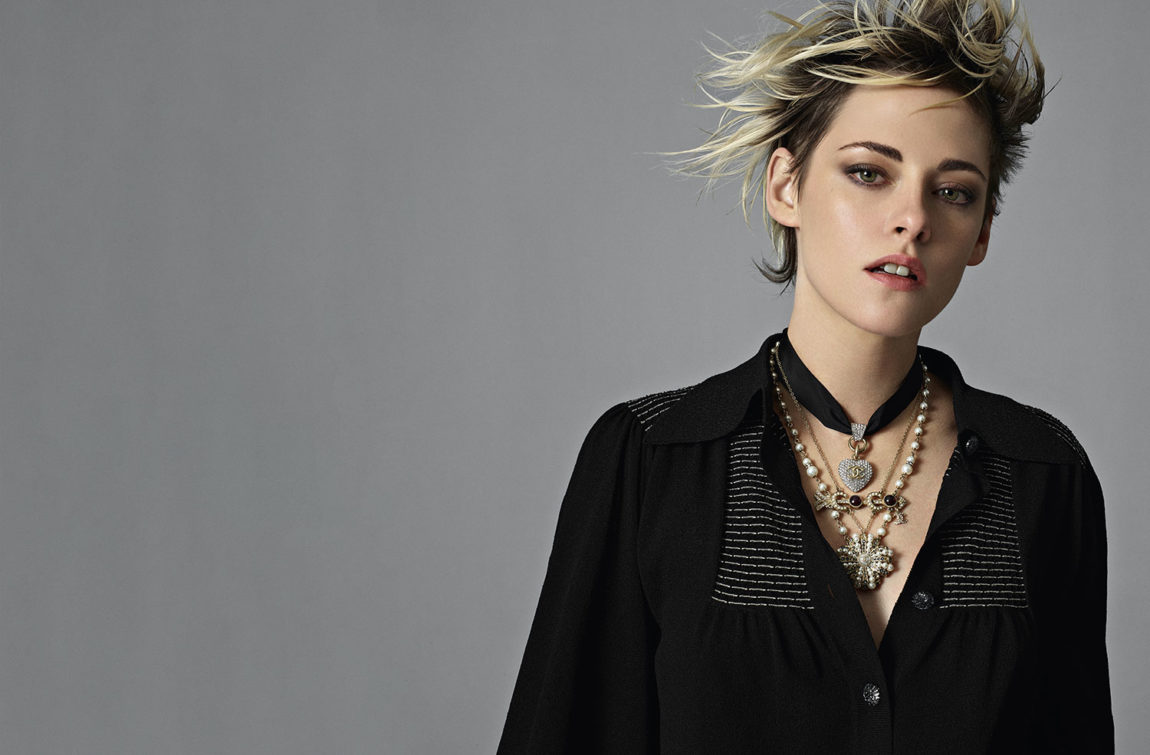 Cinema is at the heart of the CHANEL Spring-Summer 2020 Ready-to-Wear campaign photographed by Jean-Baptiste Mondino and featuring Kristen Stewart, ambassador for CHANEL. Zero-gravity shots echo the runway show imagined by Virginie Viard at the Grand Palais where the models walked over the rooftops of Paris.

“For me, with this décor that was both minimalist and grandiose, there was a desire to breath, in the absence of effects, the purity, the delicacy, the femininity, the lightness of the girls on the rooftops, the simplicity in the way they walked,” confides Jean-Baptiste Mondino.

Kristen Stewart, one of the most charismatic actresses of her generation, reflects on the very essence of the collection: a cinematographic silhouette, ethereal and graceful, caught in mid-air. “The mood of the campaign felt sort of suspended like that moment when you jump into the air and you are weightless,” she continues. “The clothes felt like they could move, and they could dance, and they could run, and breathe and I felt like it was a breath of fresh air, really modern and clearly from a female perspective as well. It seemed to me that these clothes have been made by somebody who might wear them herself. We really do need to feel light, we need to feel like we can run right now as women. And these clothes make that feel possible.” 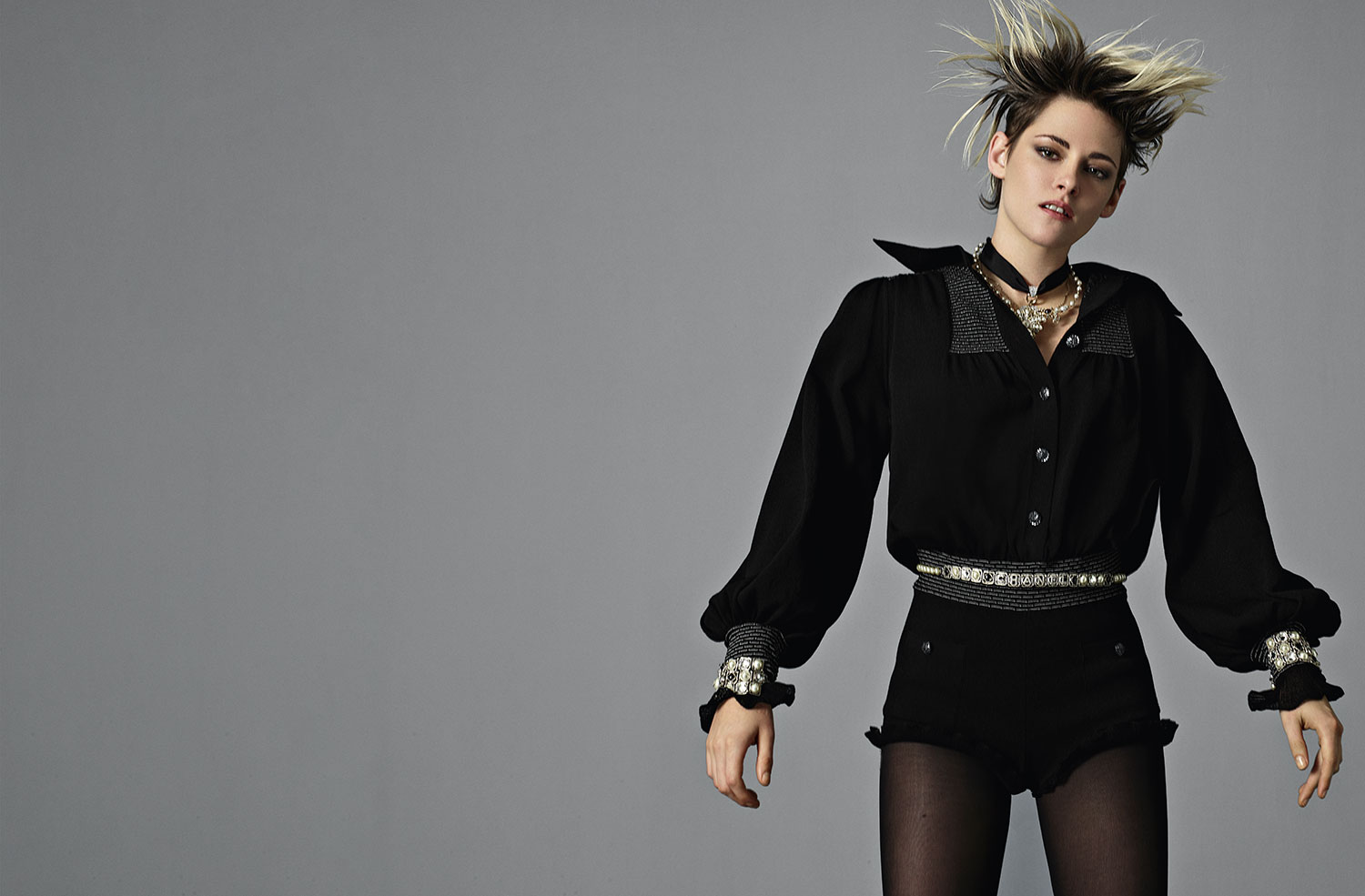 This light-hearted atmosphere is reflected in each photograph of Kristen Stewart, who jumps on a trampoline with a natural grace. “I love her allure, I like her sparkling tomboy side. By talking to her before taking the photos, I understood that she really wanted to have fun,” recalls Jean-Baptiste Mondino.

With this campaign, the story between Kristen Stewart and the House of CHANEL begins another new chapter. An ambassador since 2015, the actress has been the face of the Métiers d’art 2013/14 Paris-Dallas and the 2015/16 “Paris in Rome” collections, before posing for the CHANEL’s GABRIELLE bag campaign in front of Karl Lagerfeld’s camera in 2017. That same year, she expressed the allure and the personality of the founder in the GABRIELLE CHANEL perfume campaign. In 2019, she is the face of the House’s Fall-Winter 2019 make-up collection, “NOIR ET BLANC DE CHANEL”. 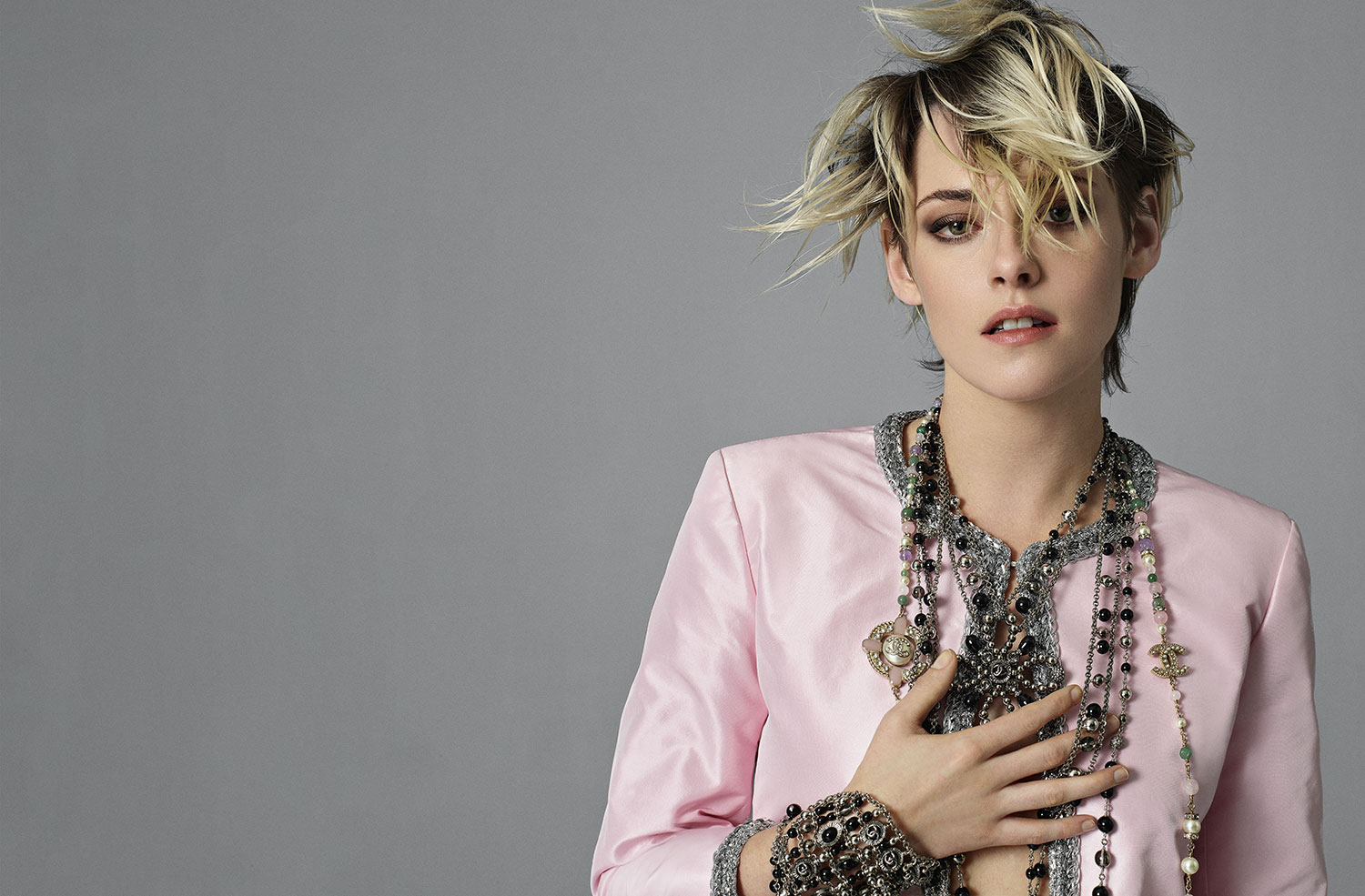 In 2015, she won a César for the film Clouds of Sils Maria by Olivier Assayas. After winning the “Deauville Talent Award” at the 45th edition of the Deauville American Film Festival in September 2019, Kristen Stewart is today embodying Jean Seberg in the eponymous film by Benedict Andrews. And this effervescent campaign certainly brings to mind the heroine of À bout de souffle [Breathless], and that era which knew how to appropriate the codes of modernity, all while reinventing them. “It doesn’t seem rehearsed or performed; it seems very lived-in and without losing a bit of elegance or elevation. It makes sense that it was Virginie’s inspiration because it feels impulsive and sporadic and honest and colourful and vivid,” confides the actress.

The timeless tweed of the jacket comes in joyful variations: as a little dress with a flared skirt of a classic purity, a navy blue, white and red strapless playsuit, and a multicolour checked playsuit. There’s a mischievous elegance to the pink taffeta jacket and pleated skirt. A delicacy to the chiffon top and jacket in silk organza embellished with multicolour sequins. Agile legs are highlighted by a pair of shorts in crêpe de chine or a black and ecru belted playsuit. The 11.12 bag returns this season in satin swathed with sequins or in tweed to match a suit. Movement is fluid and facilitated by flat sandals with ankle straps, in block-colour or two-tone grosgrain. Jewellery is worn in accumulation: necklaces, sautoir necklaces, cuff bracelets and bracelets in metal, strass and glass beads, while camellia brooches in silk chiffon accompany the dancing motion of the images. 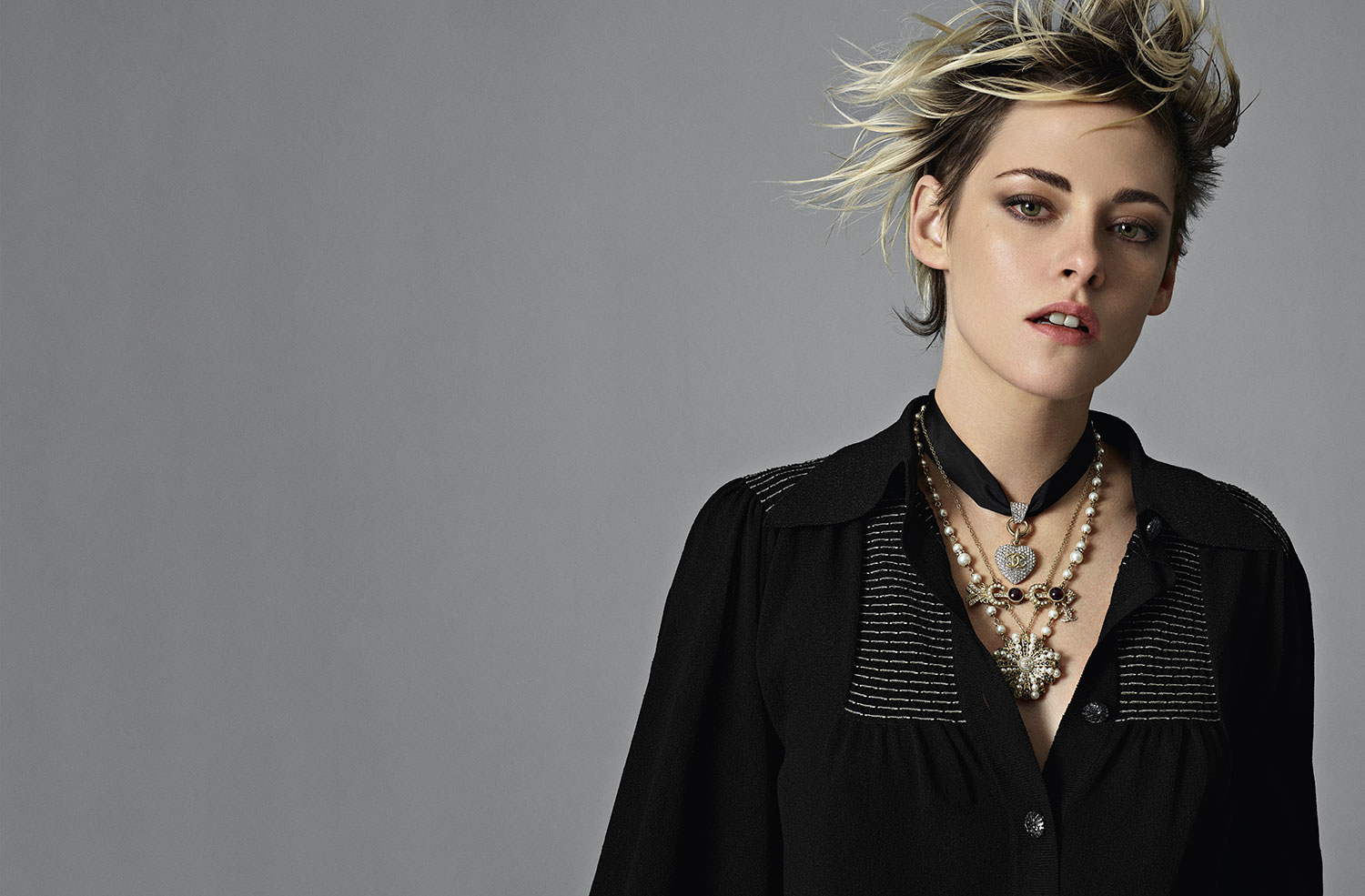 Each shot evokes a youthfulness and freedom. Like an echo of the silhouettes imagined by Virginie Viard, aptly described by Kristen Stewart: “Virginie is someone who I admire and who I’ve sort of grown up looking up to. There is an originality and a sort of unique thing that she brings to a room she walks into and I feel like her clothes do the same thing. It’s like the clothes feel possible, the clothes feel activated. You’re meant to do something in them, not just sit and look pretty. Those clothes are meant to be worn.”