The Max Mara’s iconic camel black and white is re-energized with shots of pop-neon colour. 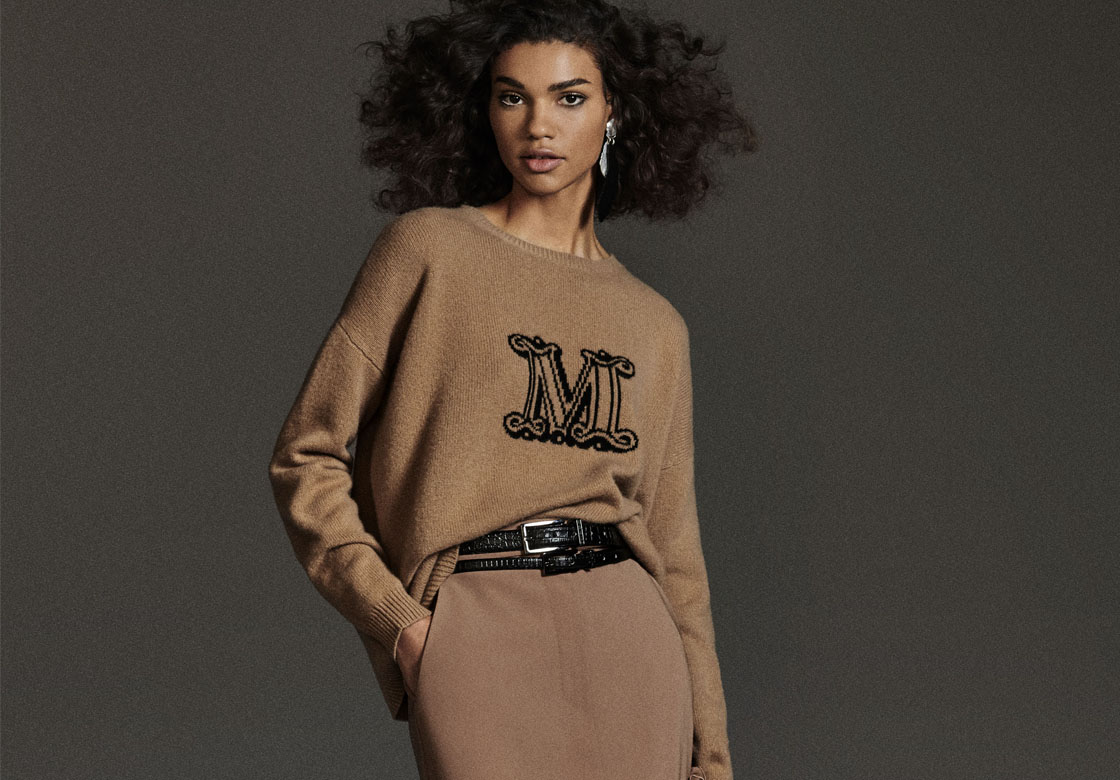 The Queen of pop-punk Debbie Harry publishes her memoirs; Marlborough Contemporary stages an exhibition of works from the private collection of Holly Solomon. Looks like it’s time for a reappraisal of the contribution of women to the febrile New York art-cum-club scene in the ‘70s and ‘80s. Debbie Harry talks about the difficulties of being a womanly woman in the rock world. ‘To be an artistic, assertive woman in girl drag, not boy drag was then an act of transgression’, she says. Holly Solomon was the glamorous, courageous collector and gallerist who was ahead of the curve in supporting some of the 20th century’s leading artists -among them Nam June Paik, Robert Mapplethorpe and William Wegman -and in particular women artists such as Laurie Anderson and Mary Heilmann. And she often wore Max Mara. 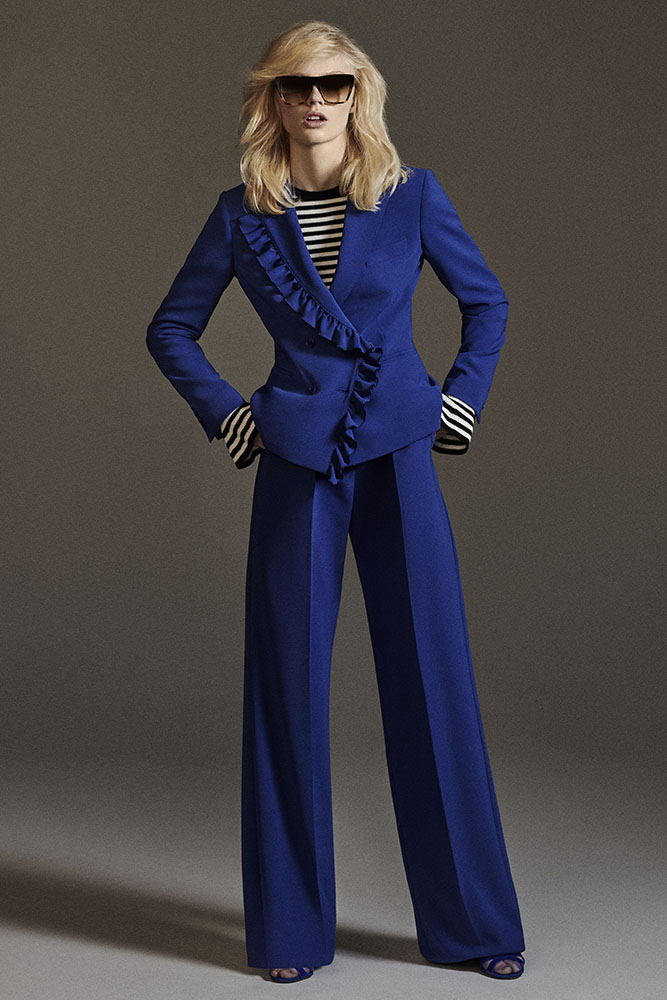 Max Mara Pre-Fall 2020 imagines a vernissage at a downtown gallery sometime in the seventies.

The throng is peppered with famous names; all the above, plus Andy Warhol and his entourage, Trisha Brown, Lydia Lunch and Bianca Jagger. It’s a melting pot of style that serves up a tougher kind of femininity just right for the gritty city. The Max Mara’s iconic camel black and white is re-energized with shots of pop-neon colour. The rufe is recast in a central role. Shedding its romantic associations, it delineates the collar or cuf of a sharply tailored jacket, a sassy strict pencil skirt or a voluminous tafeta gown. 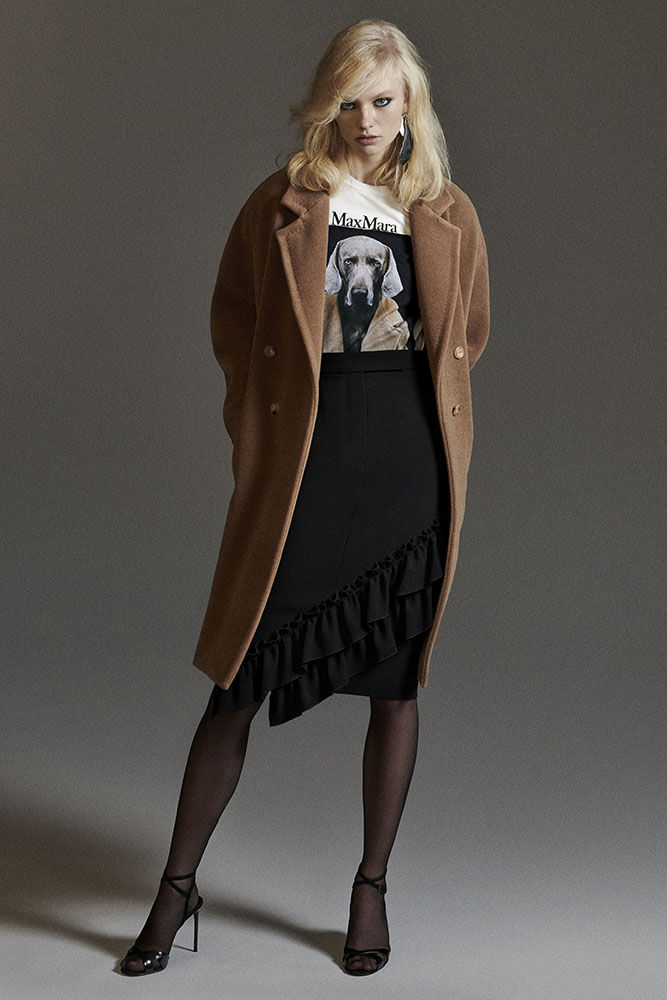 The trench coat gets a feminine makeover too, with a dramatic balloon shaped sleeve and a trapezoid silhouette. Necklaces, rings and earrings share the collection’s arty overtones. Jagged shards in plexi are worked together with gold and silver plate. Holly Solomon’s erstwhile protege, William Wegman photographed his Weimaraner in Max Mara’s iconic 101801 back in 2001 to mark the brand’s fiftieth anniversary. That image adorns the t-shirt that’s the key to the collection’s street-smart cool. 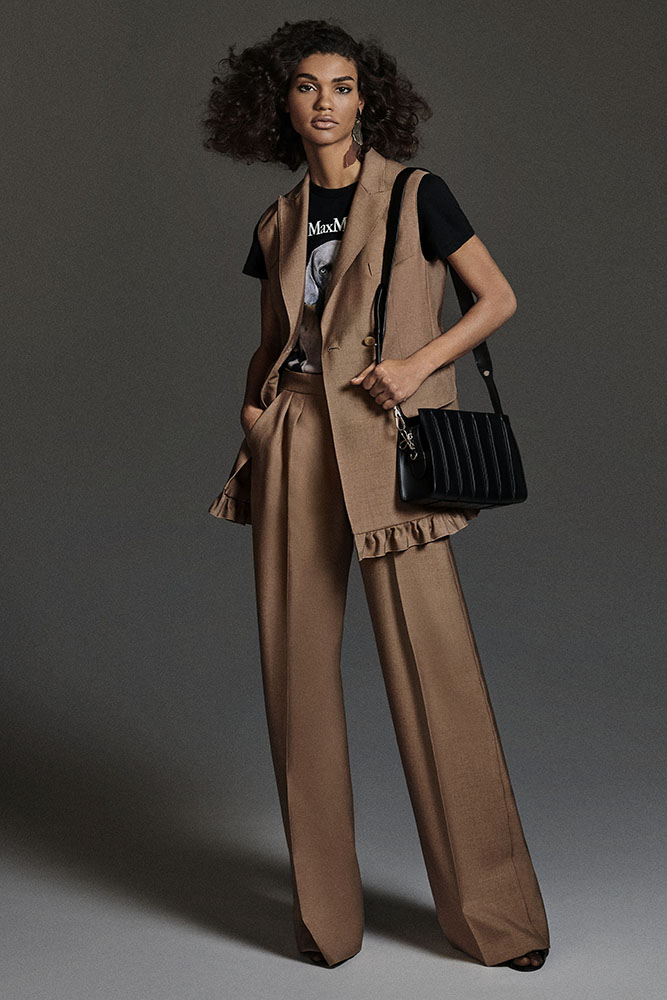 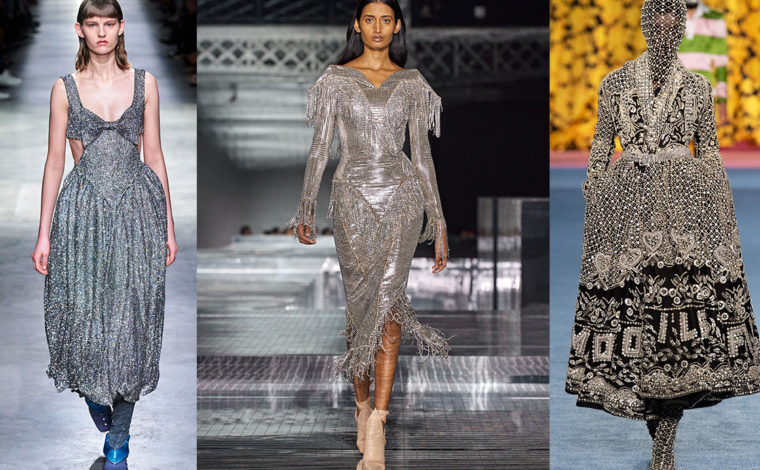 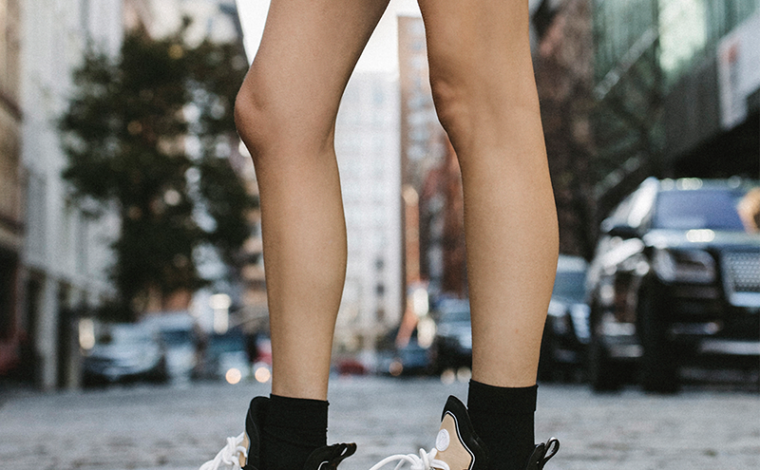 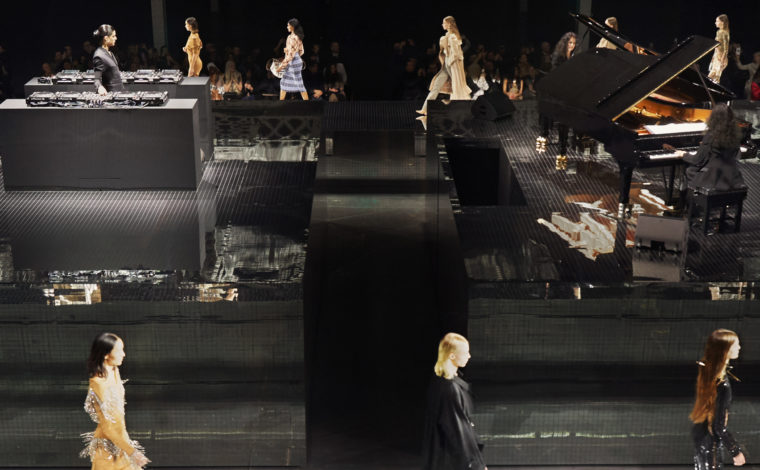