The Prada SS20 menswear campaign features a trinity of contemporary creatives, pivotal cultural personalities of now and archetypes of the hyper fragmented mindset of tomorrow. 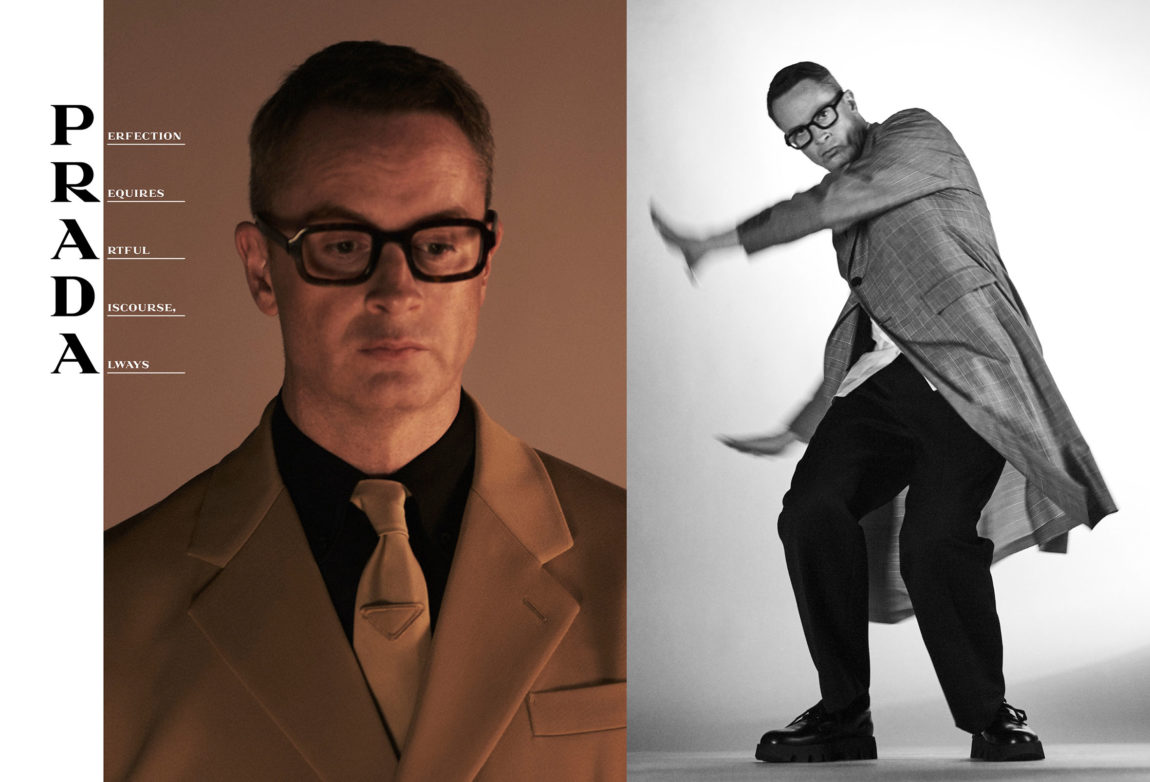 In a time during which offering a simplified definition of oneself seems a universal ambition, Prada enjoys demonstrating the opposite. That is, indeed, more Prada. Acronyms become a playful metaphor for a confident embracing of the indefinability of the idea of Prada itself. They are juxtaposed with images, which amplify the defiance of a notion of consistent or conventional identity. An intentional display of duality, multiplicity, constant reinvention and renewal is a vital element of performance. Through music, in movies, on stage, creatives re-address and realign perceptions, reframing the self and their own invention.

They are representations of the legion individuals that comprise the collective.

To bring this to life, the Prada Spring/Summer 2020 menswear campaign features a trinity of contemporary creatives, pivotal cultural personalities of now and archetypes of the hyper fragmented mindset of tomorrow: the musician Frank Ocean, the actor Austin Butler, and the director, screenwriter and producer Nicolas Winding Refn. Each embodies a single identity of the Prada man, one aspect, one outlook, multiplied by each image, each definition. 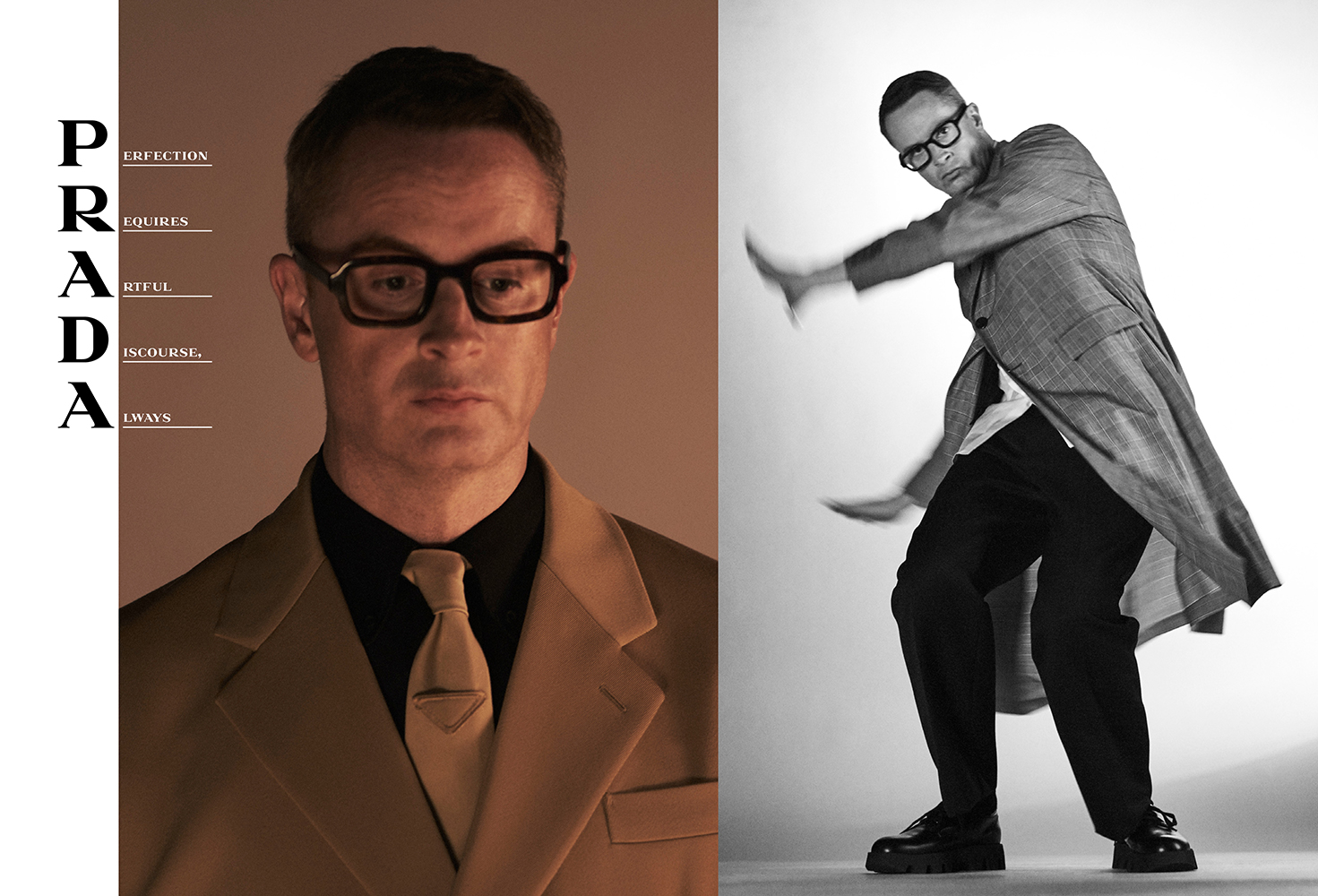 Figures whose creativity is always shifting and changing – pioneers, creators of imagined worlds, explorers of their own emotions – these modern artists are photographed by David Sims in Los Angeles, California. Yet the location could be anywhere at anytime, expressive not only of myriad possibilities but of the universality of their chosen mediums and of image. The images themselves invent new personae for the sitters, depicting them in different poses, new attitudes, through contradicting photographic languages, panoramas and portraits, expressive of a ceaseless locomotion not only between different places, but different states. Music and movies appeal to all in their ability to transgress conventional borders and convert messages. They can even evolve beyond language, crossing planes of understanding, communicating beyond what may at first be perceived as their restrictions.Each of these men uses words to define themselves: the lyrics of a song, the words of a script. 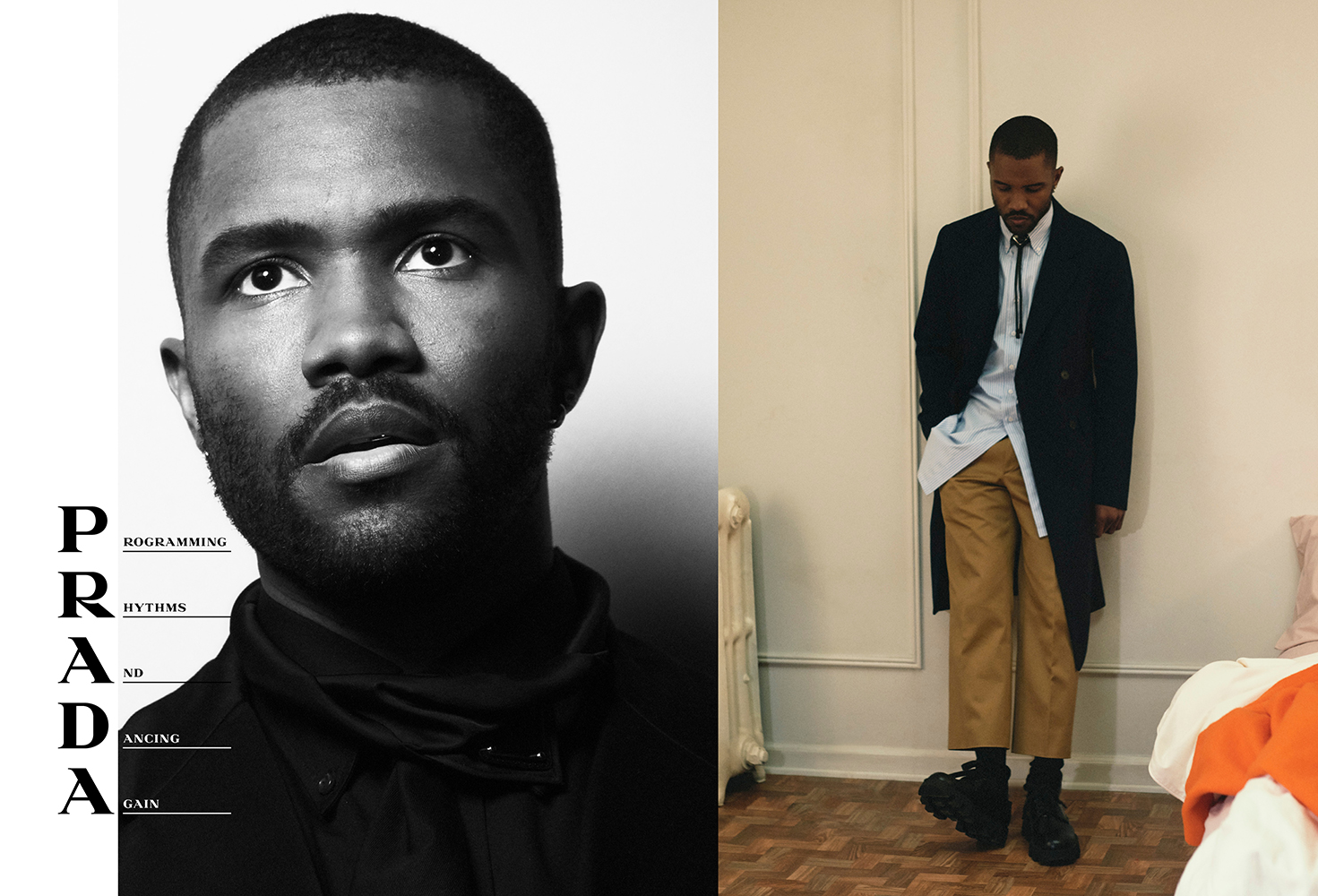 They are a blueprint, a template, for life, for living, for feeling. Here, words are used as a means to redefine the image, to attempt to define the indefinable – PRADA. The acronyms are influenced by abstract ideas, thoughts, notions: they provoke, sometimes adding context, sometimes positing a contradiction, always sparking thought. Frank Ocean, Austin Butler and Nicolas Winding Refn wear the Prada Spring/Summer 2020 menswear collection – originally presented at the Minsheng Art Wharf on the East Bund of Shanghai, China, in June 2019. That modern city was utilised as a vast, elastic metaphor for a vision of the future – an optimistic future – which we have now reached. Fashion, music, movies: all are always looking forwards, recreating constantly, communicating different messages about the self, shifting definitions. Here, today, confidence, positivity and possibility are embodied. Like the words they appear alongside, these images, these men, provide a definition of Prada. Yet each leave the field open, to interpretation, and reinterpretation.