The space also hosts a preview of the men's collection S / S 2020 and woman Resort 2020, along with a selection of small leather goods: wallets and credit card holders. 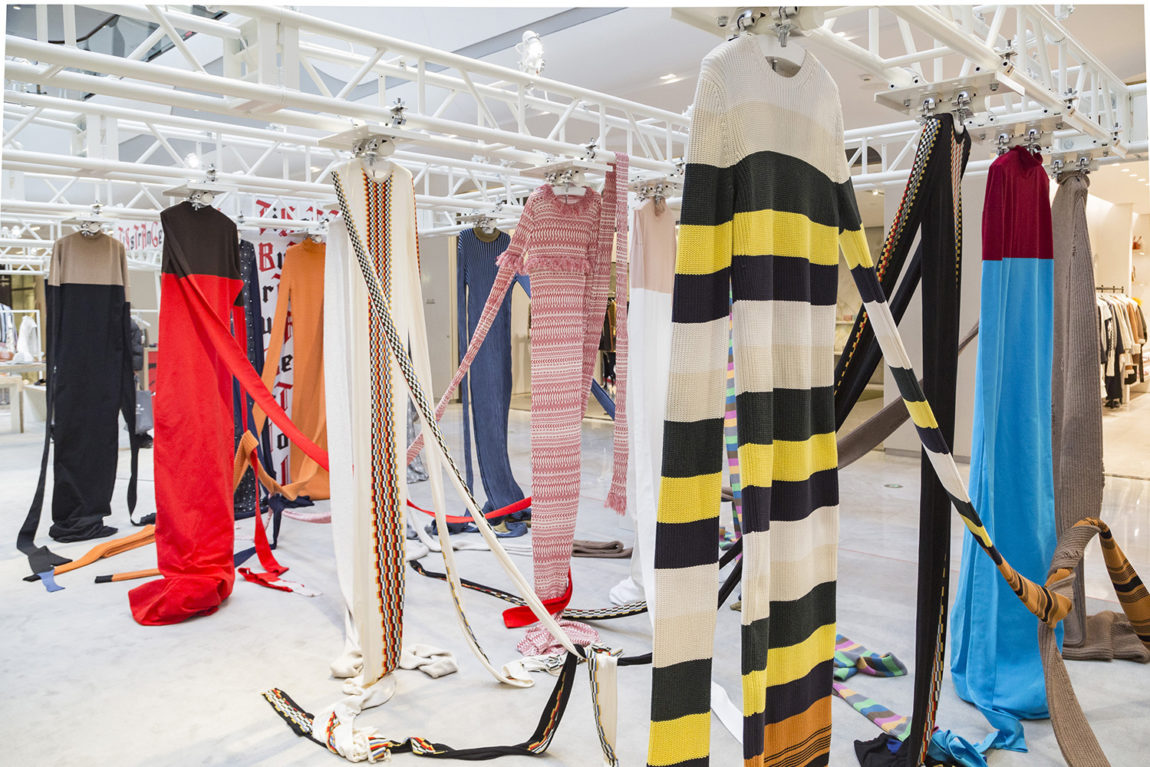 JW Anderson inaugurated its first pop-up store in China within the luxury SKP department store in Beijing.
The installation, located on the fourth floor of the mall, includes a selection of the most iconic items of the brand chosen from the men’s, women’s and accessories collections, as well as two exclusive products created specifically for the landing of JW Anderson in Asia.
Both products, a new version of the Run Star Hike Converse x JW Anderson sneaker on a black background with rainbow details (the iconic still symbol of the brand and the strings) and the fanciful Cap Bag (inspired by the history of American baseball and a the designer’s recent trip to Boston – available in beige, light gray and white, are limited editions. 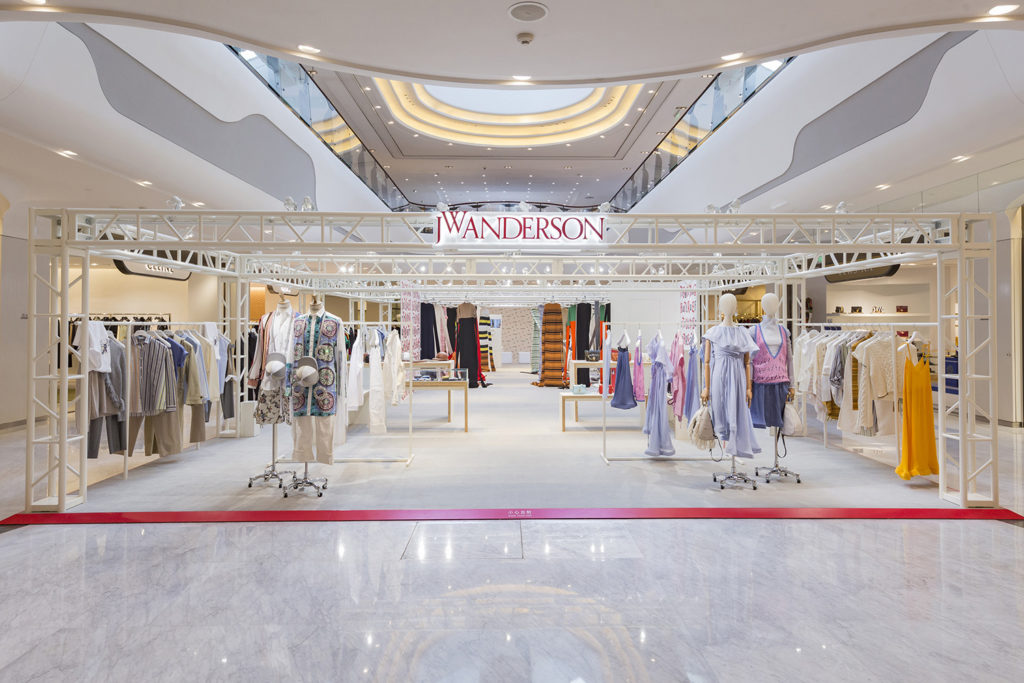 The pop-up amplifies, making it more evident, the extravagant all made in UK universe by JW Anderson and aims to bring customers and visitors to fully enjoy its suggestions. The area is in fact clearly divided into two parts: the retail one and the one dedicated to an interactive exhibition where a series of objects and works of art are hosted that have always inspired Jonathan Anderson, founder and Creative Director of JW Anderson.
A personal exhibition where visitors will be encouraged to discover the playful world of JW Anderson in a real jungle of suspended oversized sweaters. These pieces were exhibited for the first time at the “Disobedient Bodies” exhibition curated by Anderson in 2017 at the Hepworth Wakefield Gallery in Yorkshire – UK and for the first time traveled outside the UK to be shown in another country. 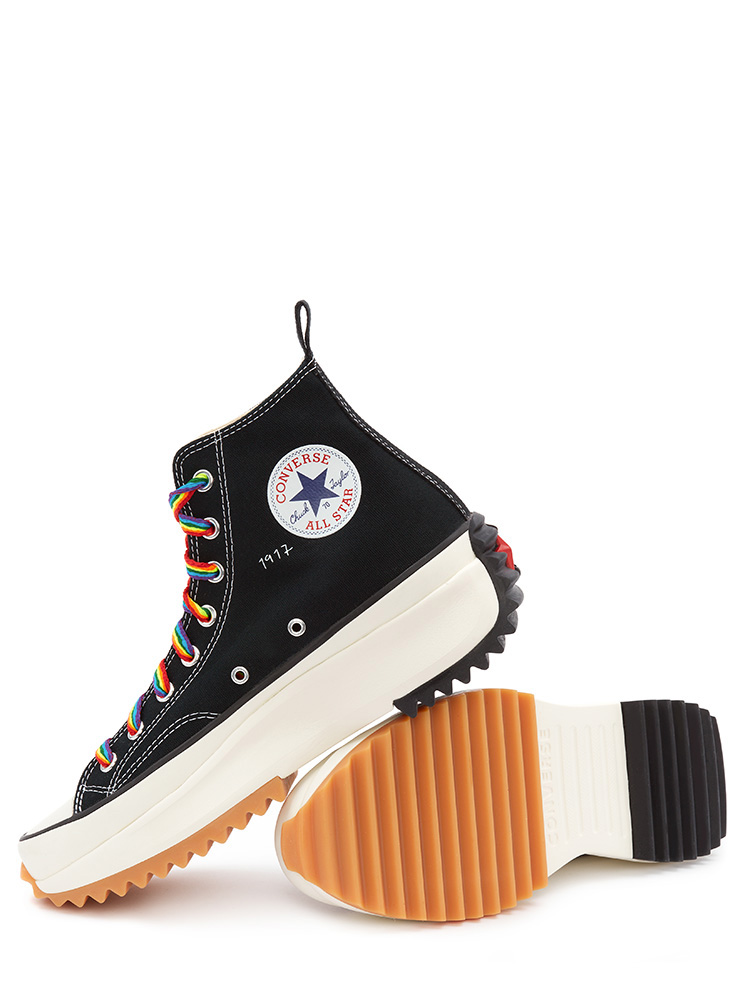 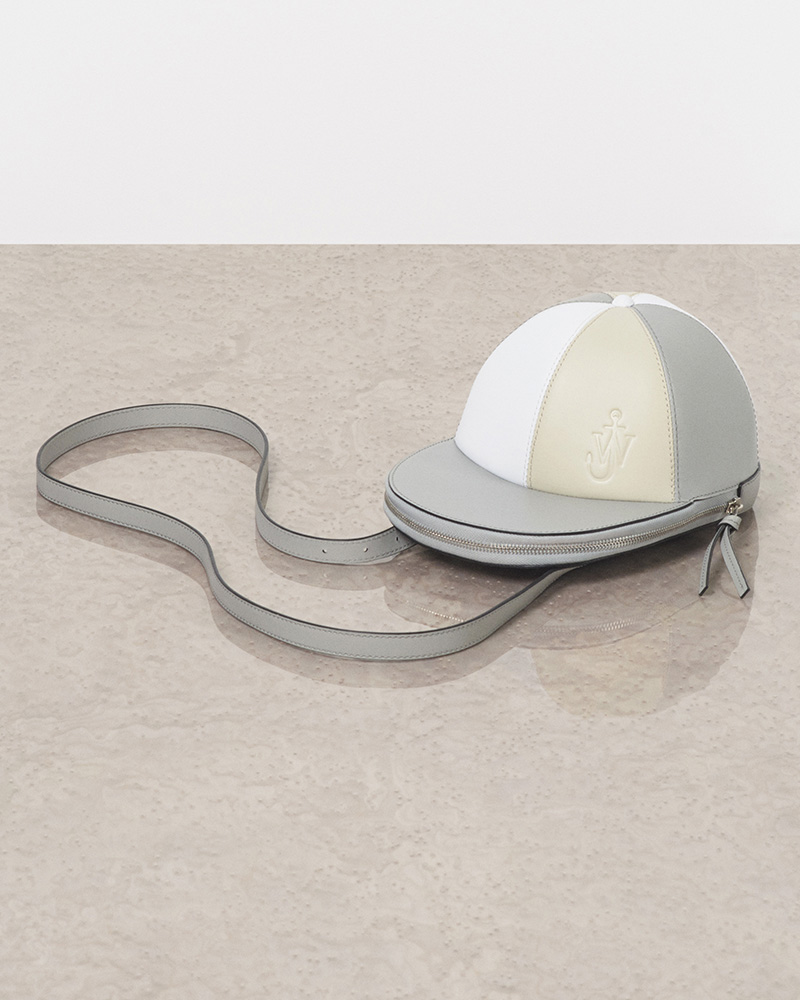 Among the works on display also some original works by the artist / illustrator Pol Anglada, who has already collaborated in the past with the brand, as opposed to an extract from the satirical poem “Don Juan” signed by Lord Byron. The works of art and some verses of the poem are exposed – just like in a contemporary art gallery – hung on the walls that surround the area dedicated to the pop-up alternating with the screens where a video message from the designer is projected in a loop. 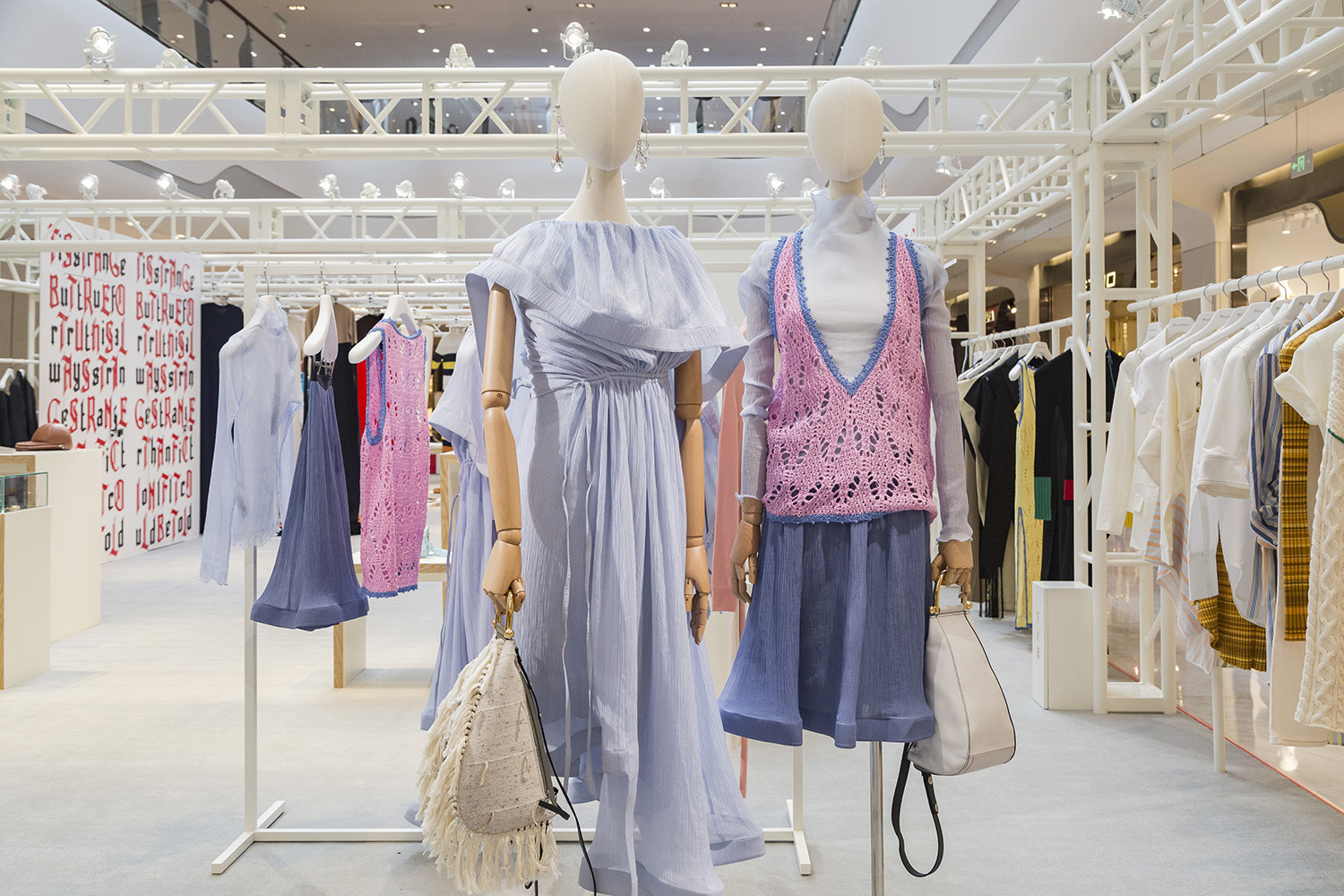 The launch event of the new space and the exhibition saw some of the most important Chinese movie stars and celebrities as guests: actress Zheng Shuang, actors Dylan Xiong and Liang Jingkang, actress Cecilia Boey, socialite Chen Ran and the actor / model Mark Luu.
The pop-up by JW Anderson at the SKP in Beijing will be open every day from 10.00 to 22.00, until December 16 p.v. – Atrium of SKP / 4 floor; 87 Jianguo Rd, Shilipu, Chaoyang, Beijing, China.