slide
grid
You can use keyboard arrows for sliding.
1
102 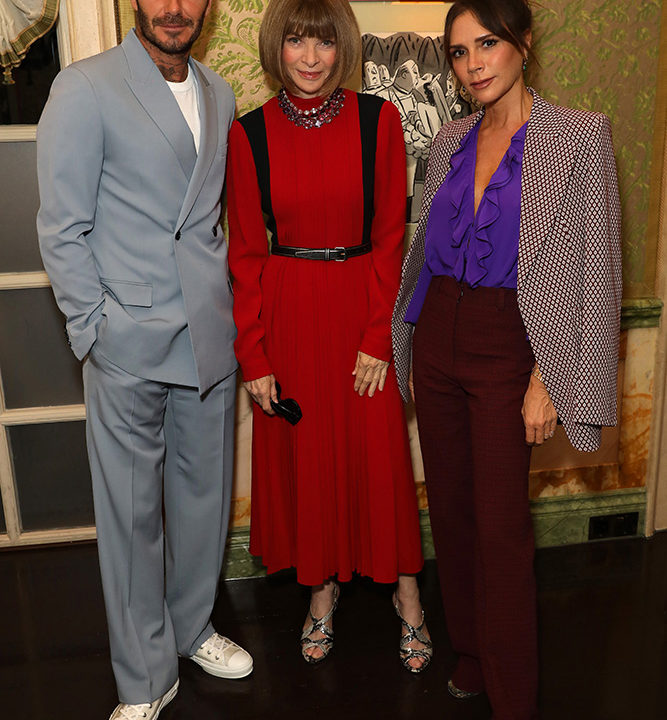 ‘My first year at Burberry was about understanding and refining the new codification for the house. With that foundation in place, I feel ready to start exploring what’s at the heart of this incredible brand. In the archive, I discovered this beautiful story at the origin of our past. Thomas Burberry was a young pioneer and a self-made man who built his company during the Victorian era – a time in Britain for great change and progress and an era that has always inspired me and my work. He chose to present his company with an emblem of a knight on a horse, but for his family crest, he instead chose a unicorn. Thomas Burberry was a daring innovator but also a romantic and a dreamer. This is the story behind this collection, a collection inspired by our past and dedicated to our future. It’s the evolution of our Burberry kingdom.’
Riccardo Tisci, Burberry Chief Creative Officer 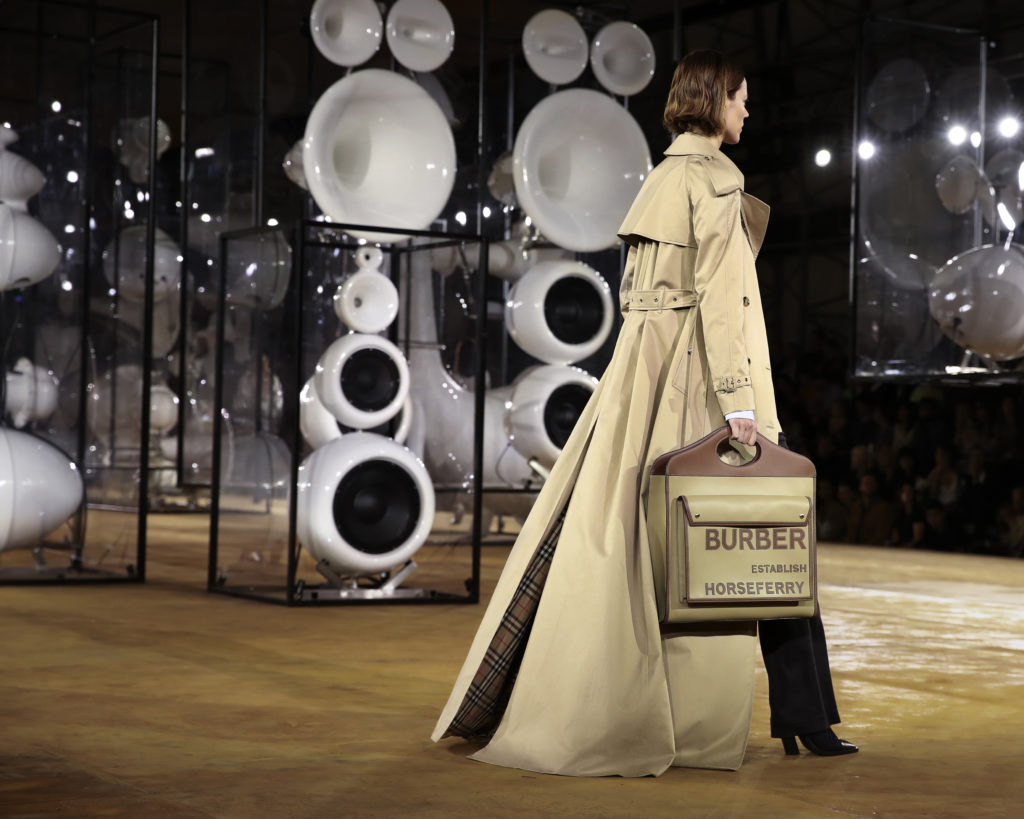 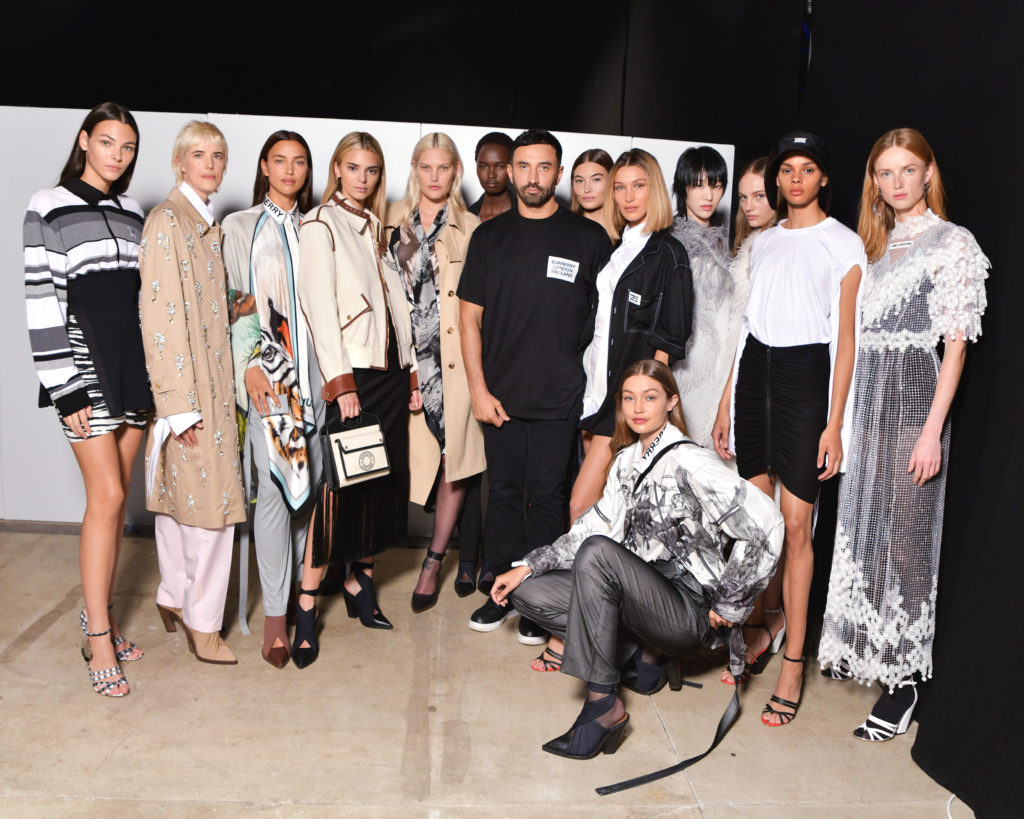 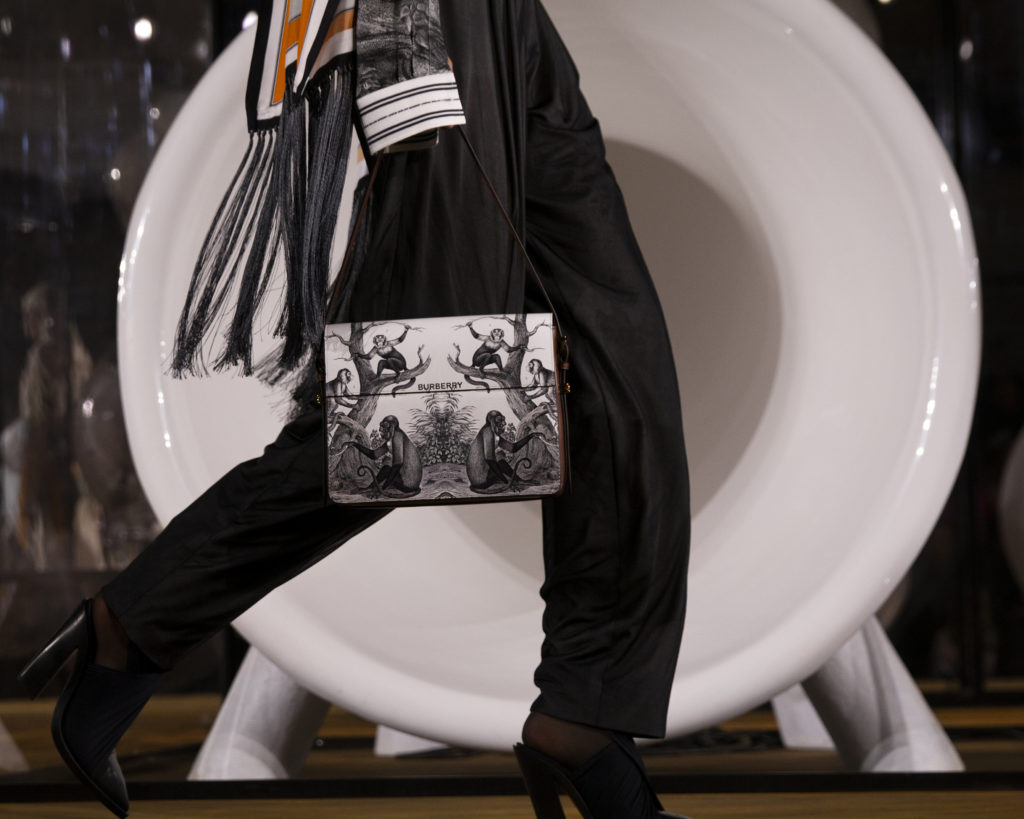 The collection mixes innovative techniques with classic fabrications. Victorian-inspired silhouettes create cinched waists and elaborate sleeves for both men and women, while fluid fabrics and hybrid details such as detachable and extendable hems feature throughout. Introducing Anne on the runway, our equestrian-inspired style detailed with Thomas Burberry Monogram hardware and bridle straps. Signature unisex bags are reinterpreted – from Lola, in miniature and bum bag iterations, to the giant Pocket Bag.