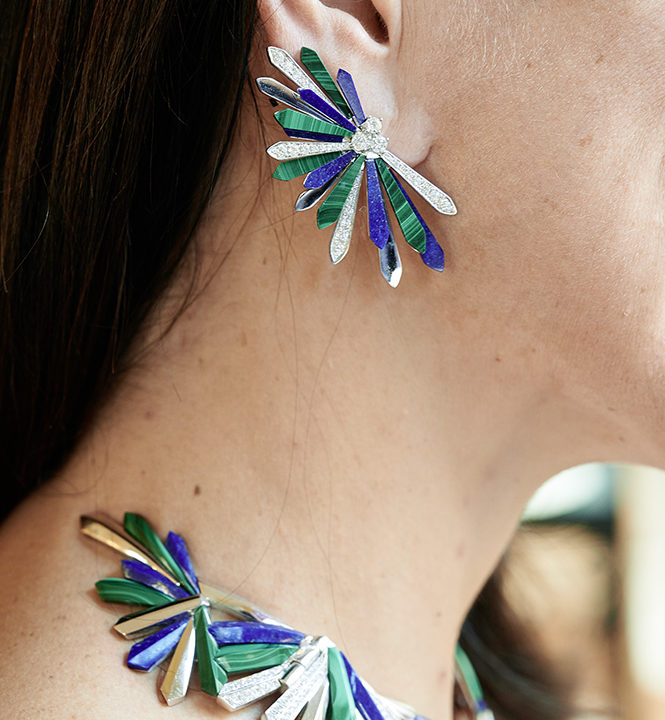 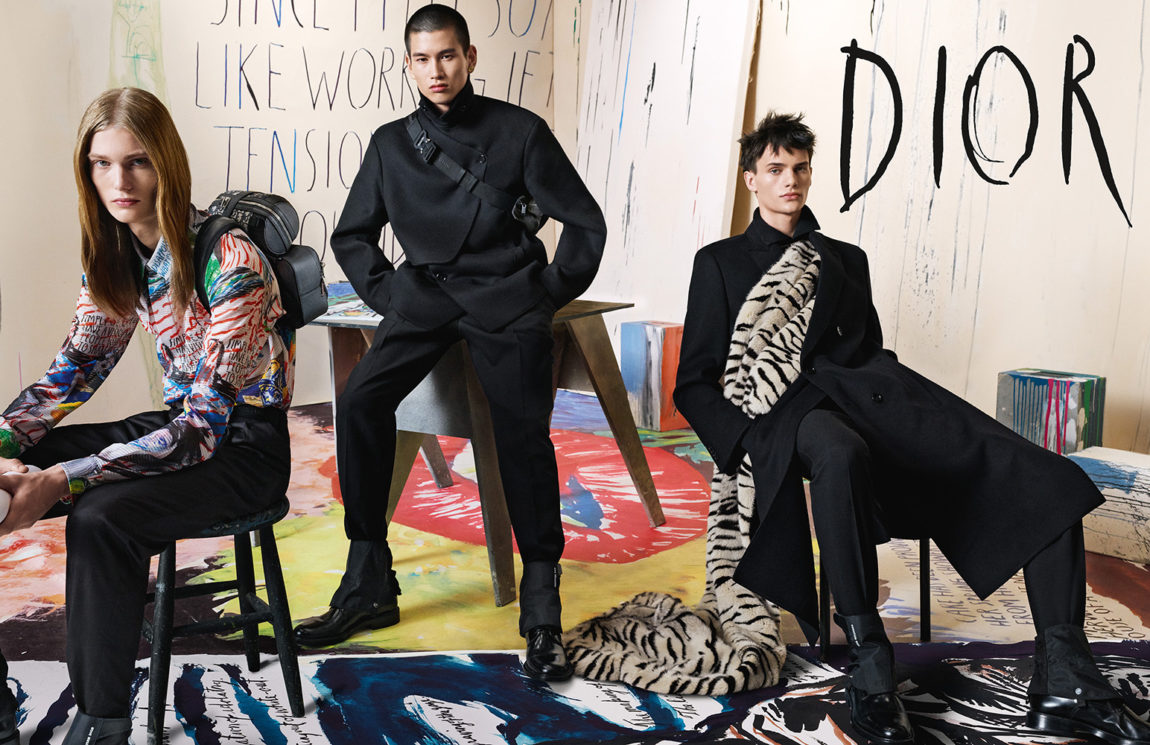 Dior unveils the campaign for the winter 2019-2020 men’s collection by Kim Jones.
In tribute to Christian Dior’s first vocation – he was a gallerist and art collector before founding his couture house – this series of images by Steven Meisel showcases the collection’s silhouettes in a decor inspired by the atelier of an iconic figure of california’s 1970s punk scene, raymond pettibon. His works provide a captivating backdrop, highlighting kim jones’s designs, which include pieces done in collaboration with the american artist.

“ We selected some of our favorite pieces of Raymond’s work which had never been seen or shown before because they were things i loved, ” says the artistic director about works, such as a mysterious face on a sweater, which appear here for the first time. The artist also revisited the Dior logo, inscribing it on walls like calligraphy on a white page, which designer Yoon Ahn reprised as jewelry with a punk spirit. Exclusively for Dior, he also designed a leopard print, a nod to Kim Jones’s love of nature and animals, as well as to one of the founding couturier’s favorite codes – the panther print featured in dior’s very first collection, in 1947. this reinvented signature appears on coats in innovative fabric mixes, while a tiger motif embellishes an elegant drape, a reflection of the house’s haute couture heritage.
Punctuated with vests and harnesses, the new tailoring created by Kim Jones is embellished with utilitarian-inspired details, such as accessories adorned with buckles designed by matthew williams. reinterpreted in a cross-body nylon version, the iconic saddle bag also lends its curves to the pocket of a quilted backpack embroidered with the cannage motif christian dior favored, which recalled the chairs he used to seat guests for his shows at 30 avenue montaigne