Afterhomework SS19: the Voice of a New Generation of Creatives

Afterhomework SS19: the Voice of a New Generation of Creatives 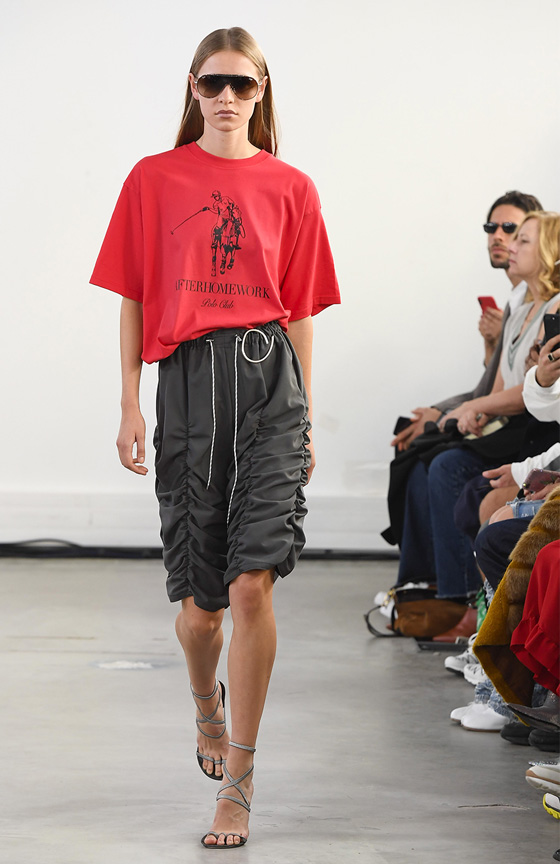 Today, Afterhomework (Paris) is a kind of label gathering several young Parisian creatives (artists, musicians, videographers, graphic artists, …). Those friends bring their advices and favor a certain artistic emulation around the creation of the collection.

Afterhomework (Paris) is an independent brand whose collections are entirely made in Paris small ateliers. The last two collections were presented during the Paris Fashion Week where it was spotted by French and international press.

The pieces are happy to use the word “utilitarian”, supported by drawstrings and urban jewels. The square bags, designed in collaboration with the designer Isaac Reina, have the good idea to be superimposed or worn as a necklace. Thought in muted colors, the collection is relieved of primary colors, and a touch of humor. On a large red T-shirt, one can read “Afterhomework polo”, in reference to Ralph Lauren.