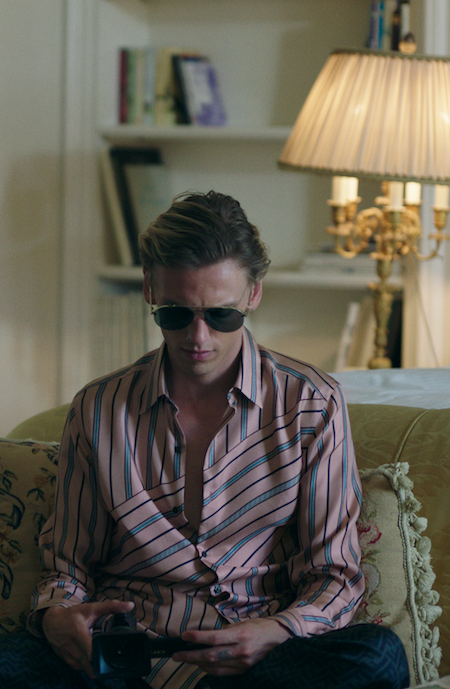 After Discovering me, the first FENDI Men’s SS18 Eyewear Collection episode exploring Jamie Campbell Bower’s world, this new chapter tells about the Rockstar-side of his life, depicting a snap of Jamie’s off-duty moments before a concert in Rome with the FENDI Fall/Winter 2018-19 Men’s Eyewear Collection.

By lending subtle irony and sophistication, Jamie Campbell Bower perfectly embodies the FENDI Man’s DNA in a film with a comic yet dramatic twist seen through the FENDI Fall/Winter 2018-19 Eyewear Collection’s lenses.

Jamie Campbell Bower earned big success as actor, interpreting the part of Rocker in the film RocknRolla and Jack in Winter in Wartime. In 2009, he acted in The Twilight Saga. He interpreted the dark wizard defeated by Albus Dumbledore, in the Harry Potter and the Deathly Hallows – Part 1, and he also played King Arthur in the 2011 television series Camelot. In 2012, he appeared in the music video for Never Let Me Go by Florence + The Machine. He is the frontman for the band Counterfeit, which released its first album in March of 2017.