Return of the masterpiece with the support of CHANEL: Last year at Marienbad

Return of the masterpiece with the support of CHANEL: Last year at Marienbad

In 1961, for the film Last year at Marienbad, Gabrielle Chanel designed Delphine Seyrig’s dresses. With the support of CHANEL, a restored version of the film is now being released. In collaboration with STUDIOCANAL, CHANEL has helped return this masterpiece to its original glory. To celebrate this achievement, the restored version of Last Year at Marienbad will premiere as part of the classic film section at the Venice Film Festival, where the original film was awarded a Golden Lion close to 60 years ago. The digitisation and restoration in 4k were conducted using the original negatives. The colour grading, an essential step, has faithfully restored the beauty of film’s original contrast and images.

On release, the film’s delicate and elegant photography fascinated the public with its troubling intensity, the loss of temporal reference points, and the characters’ psychological games. The film invites the spectator to follow a train of thought through the corridors of the hotel that represent “the labyrinth that is the human brain”, as analysed by film critic Jean-Luc Douin.

Gabrielle Chanel always cultivated a close relationship with the art world. To Alain Resnais, François Truffaut and Luchino Visconti, her avant-gardist fashion represented a modern and forward-thinking world, and they would call upon her to dress their greatest actresses. Alain Resnais did not want Delphine Seyrig to wear specially created costumes, but rather a wardrobe tethered to everyday life, one that would evoke the allure of 1920s cinema stars, as well as a modern and timeless elegance and Gabrielle Chanel, who was already ruling the fashion world and still setting the trends for the 1960s, was the only one who could achieve this. Delphine Seyrig would later explain that she appreciated CHANEL because, by blending elegance and comfort, the designer enabled women to feel “as comfortable as men”, a subject dear to the actress who would become a fervent feminist in the 1970s. 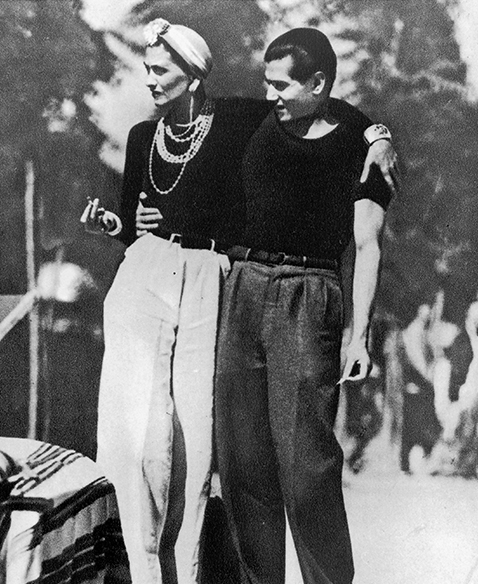