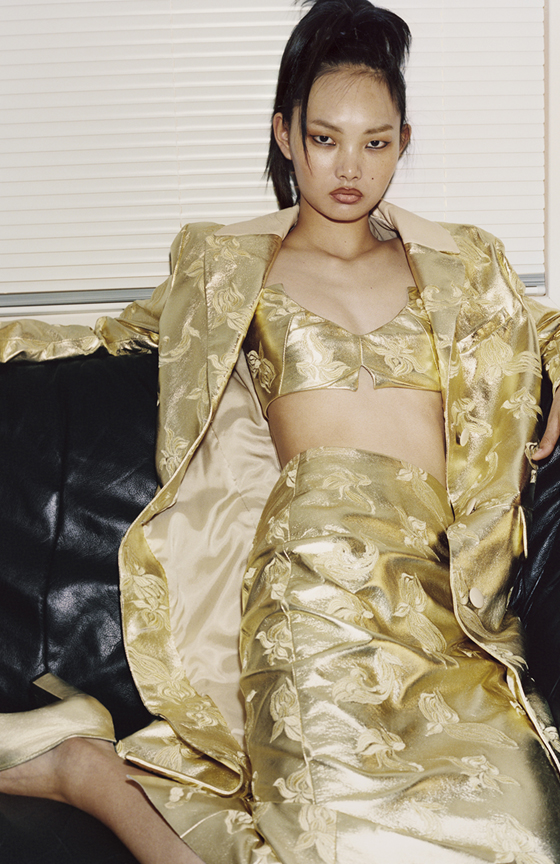 The new DROMe advertising campaign is an evolution of the creative project started last season by art director Jamie Reid, photographer Hanna Moon and stylist Emma Wyman, collaborating with creative director Marianna Rosati.
The campaign depicts the contrasts of the Woman represented by the Fall Winter 2018-19 Collection, placing her in an imaginary habitat, caught between a raw attitude and a romantic spirit, seen through the lens of a dark and edgy aesthetic.
An intriguing woman that hides her secrets, both provocative and fragile, elegant and daring, controversial and sophisticated.
Each image has a unfinished vibe, a sense of unresolved, like something could happen at any moment: photographer Hanna Moon’s straightforward approach to her work results in a series of unconventional portraits, where the tones recall the palette of the collection and a warm chromatic range is enlightened by flashes of black.
Backgrounds are arranged to complement the looks and to stress the sensation of contradiction that is the protagonist of the campaign: ambivalent spaces on the edge between a polished appearance and an uncertain feel.
“For the Fall Winter 2018-19 ADV campaign I wanted to show a Woman with a strong sensuality, who plays with her bold personality, but also is not afraid to disclose her fragility.” says Marianna describing the project. The campaign will be featured in the main international fashion magazines, as well as on the DROMe social media channels and online platforms.