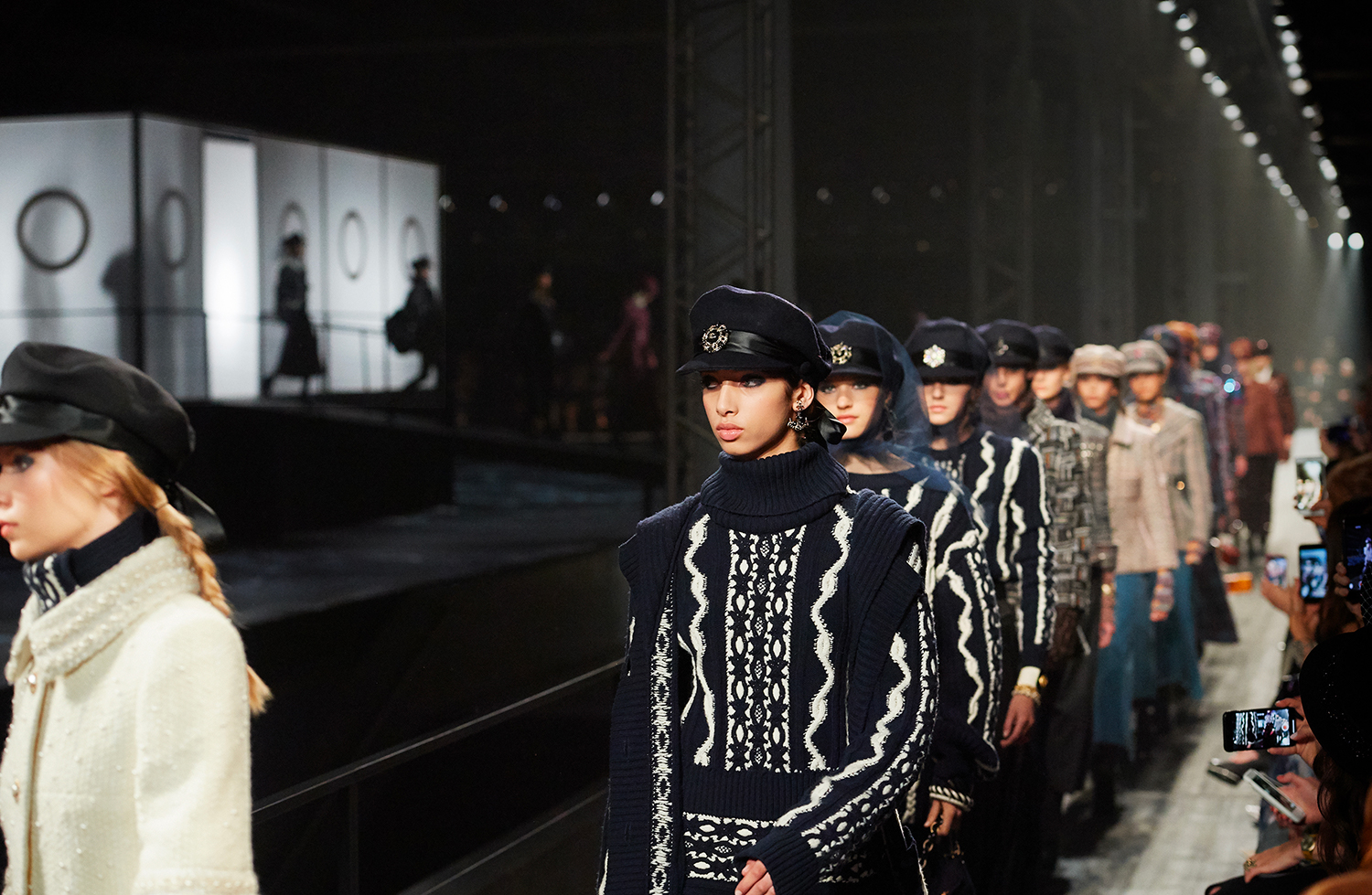 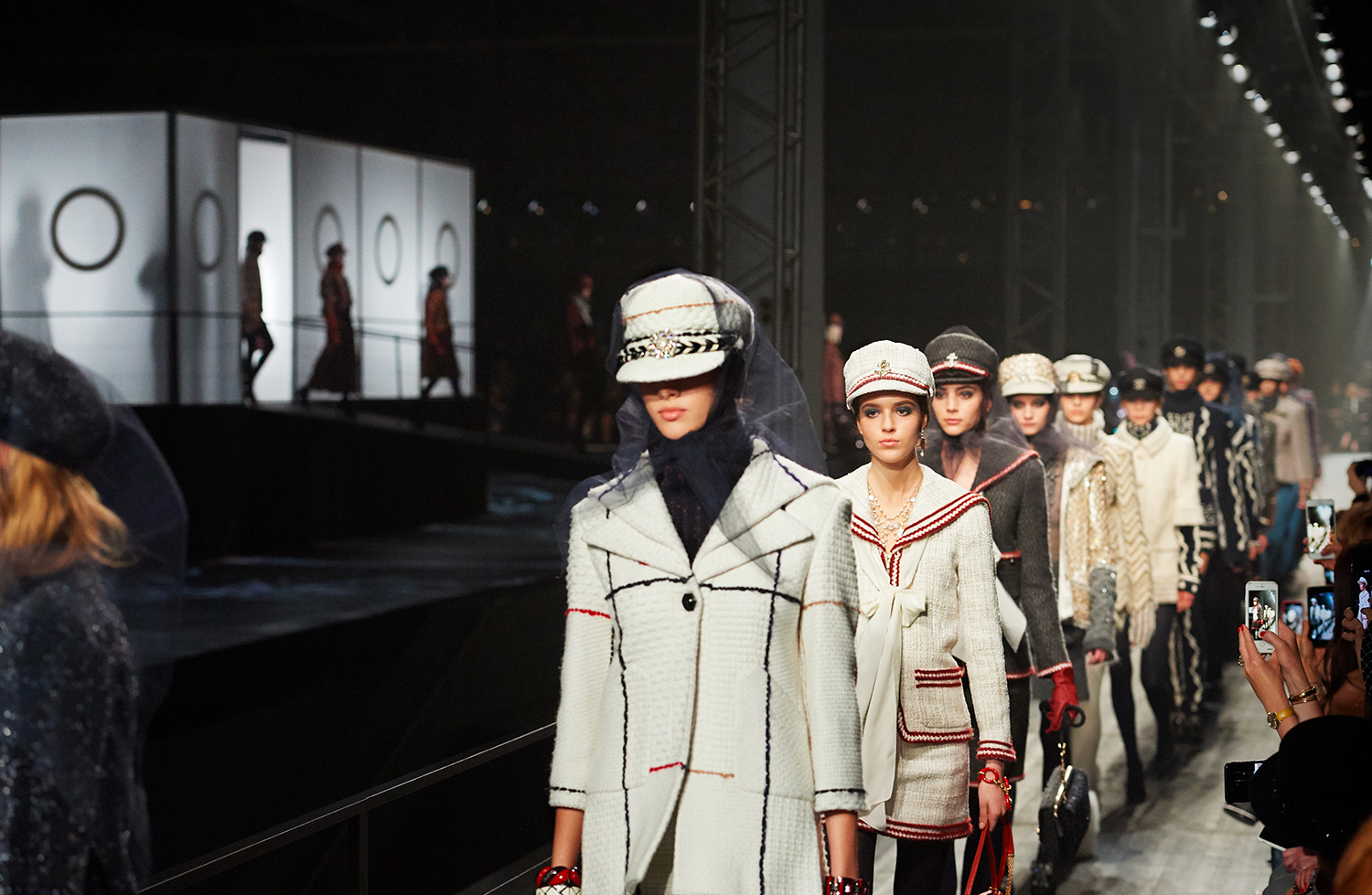 First staged last December at the Elbphilharmonie – the majestic and spectacular concert hall of Hamburg – the show venue’s surroundings of docks were reimagined in a new setting at VDNKh*, within the unique architectural design of the Pavilion 69.
With this collection, Karl Lagerfeld speaks about a look and an attitude, inspired by the merchant navy crew wardrobe that he disrupts with the modernism of CHANEL. While the spirit of Gabrielle Chanel – she who borrowed the striped sailor top and pea coat from men – is never far away, Karl Lagerfeld enlarged this vocabulary of masculine/feminine by multiplying the details and reinventing the codes of the House to create a unique, daring, confident and ultra-feminine attitude. 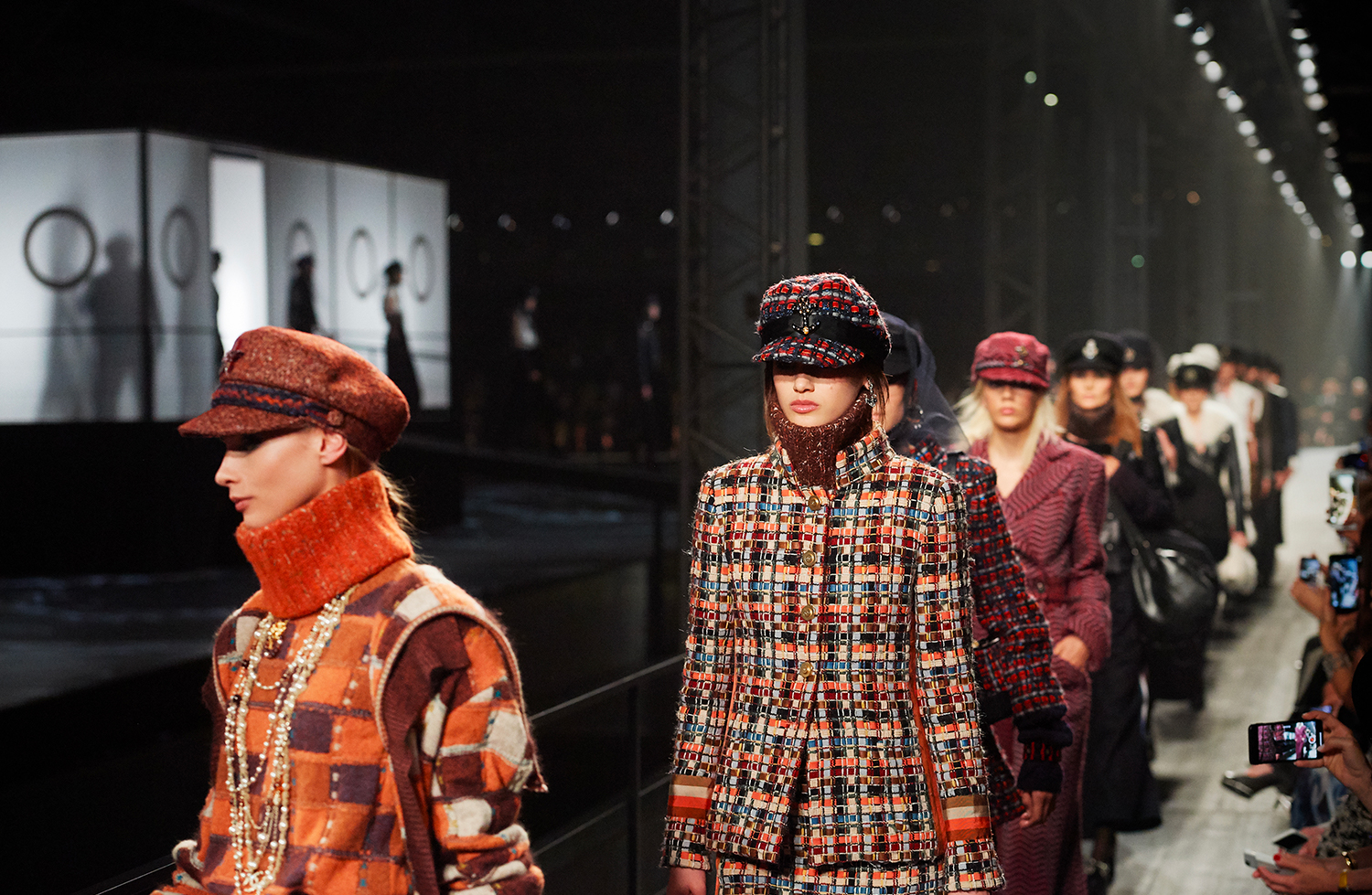 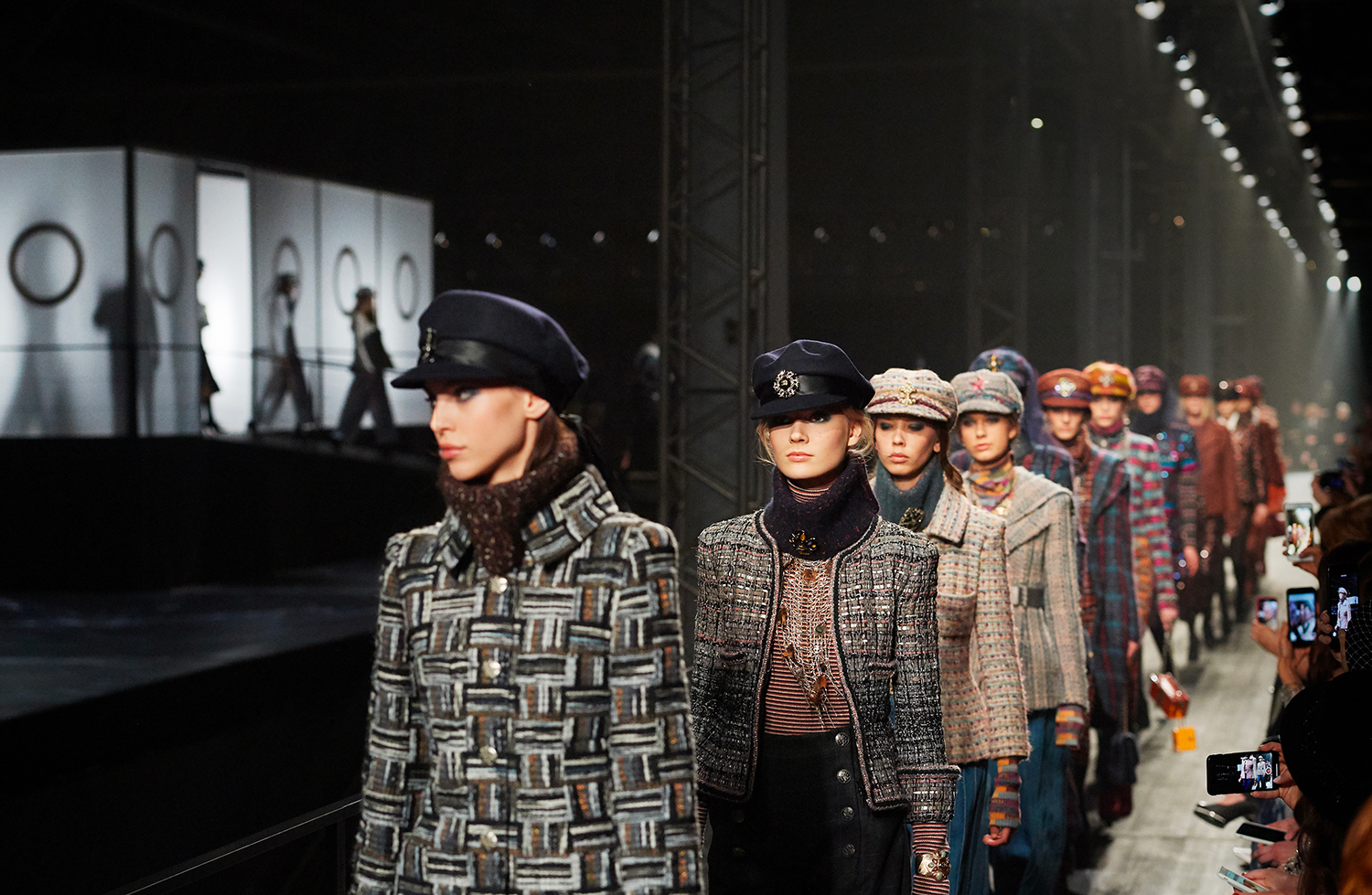 Following the show, guests discovered a new setting underneath the shipyard inspired show scenography, where they celebrated and enjoyed performances by Mabel Mcvey, DJ Soo Joo Park as well as musician Grisha Urgant.
The ties between CHANEL and Russia date back to as early as the 1920s and remained a key part of its founder’s lifetime. Gabrielle Chanel was fascinated by Russia and when Paris played host to the Russian aristocracy after the revolution in 1917, Slavonic style really rang true with the designer. The Grand Duke Dimitri Pavlovitch, a cousin of Tsar Nicolas II, introduced her to the splendour of imperial icons, while his sister, Grand-Duchess Maria Pavlovna, was appointed as the head of Mademoiselle’s embroidery workshop. Later, together with Ernest Beaux – perfumer to the Tsars – she created the legendary N°5 and her famous Cuir de Russie. She was also a friend – and sometime patron – of Serge Diaghilev, Serge Lifar and the composer Igor Stravinsky. Today, Russia still infuses the creations of the House where the lavish embroidery and the byzantine accents of the Russian empire jewels are recurrent leitmotivs in the world of CHANEL. 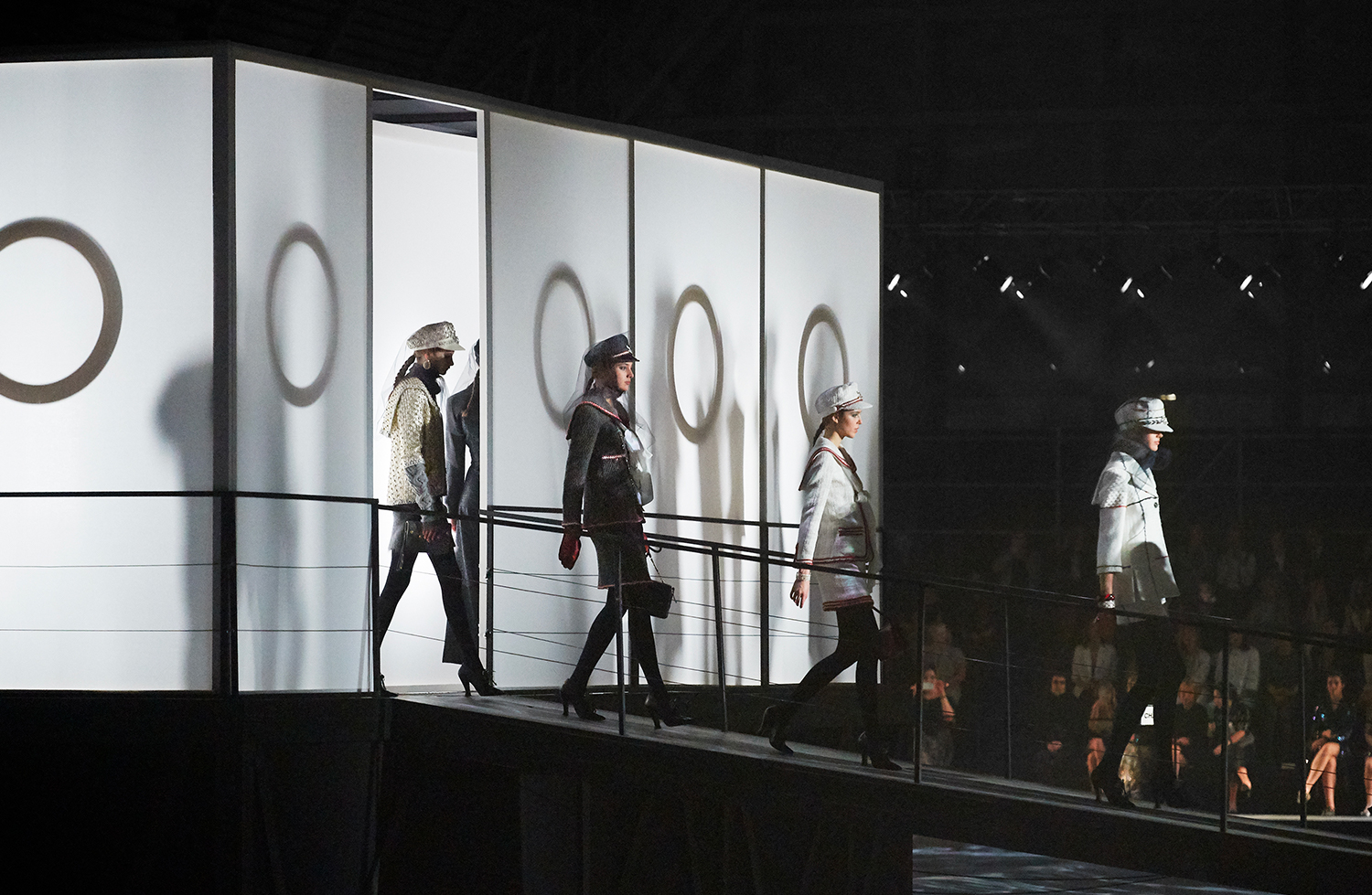 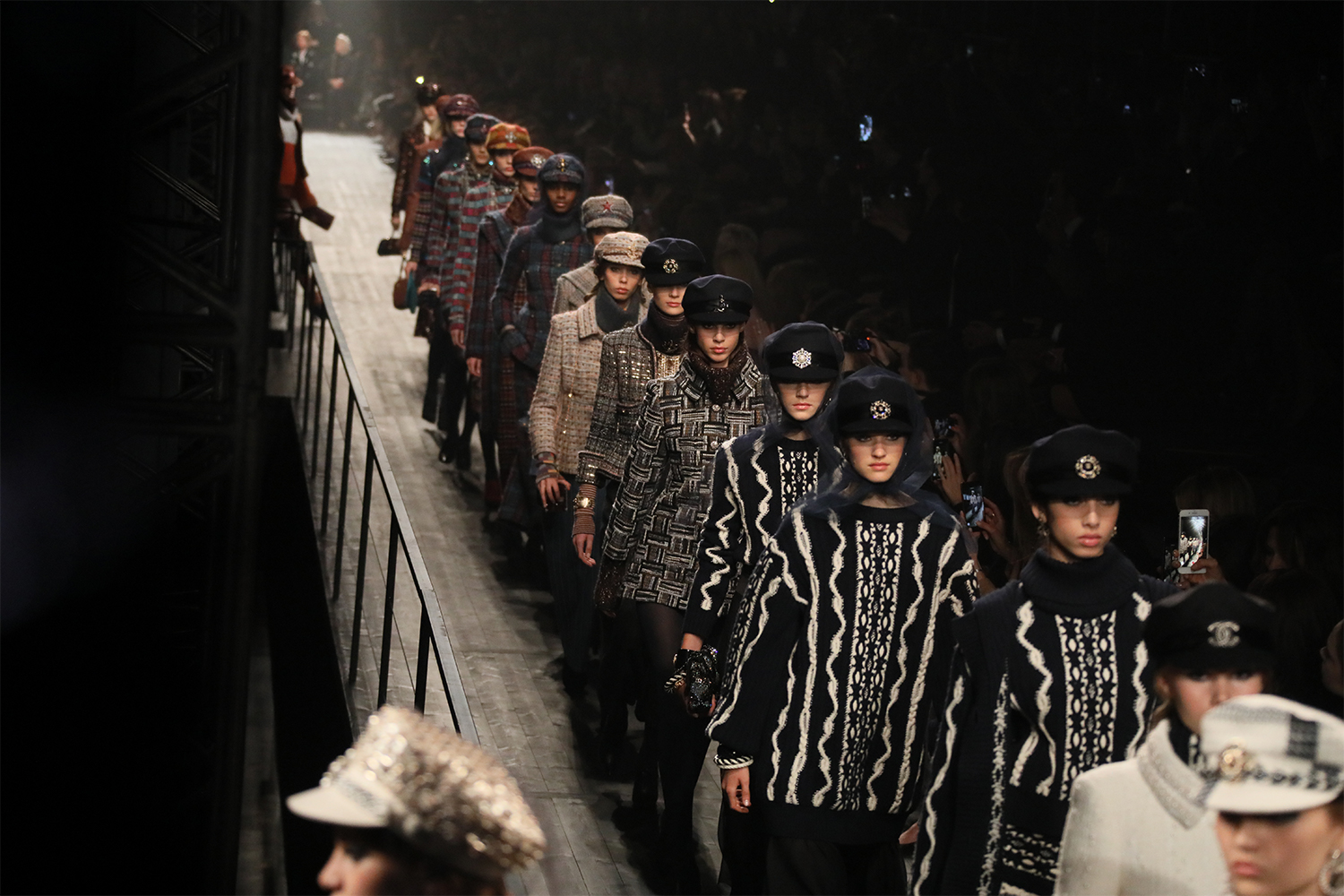