Would you like to buy Jeff Koons’s Puppy Vase?

Would you like to buy Jeff Koons’s Puppy Vase? 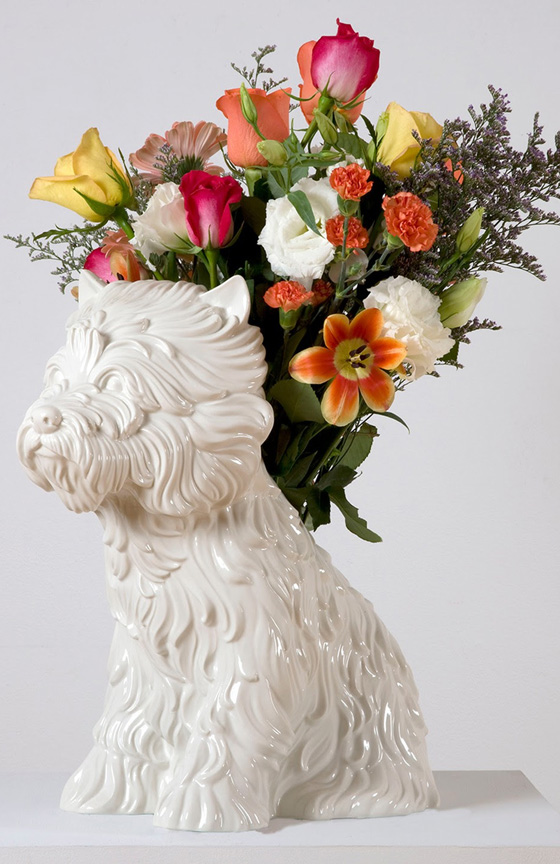 On Wednesday, May 30, Gagosian Shop will unveil one hundred editions of Jeff Koons’s Puppy (Vase) (1998), available for sale. Koons will be in attendance to celebrate the twentieth anniversary of one of his most popular early editions.

Combining Koons’s interest in domestic objects, classical beauty, and childlike joy, Puppy (Vase) is a glazed porcelain vase in the shape of a small white Highland terrier, its wiry hair expertly articulated. The editions were produced in 1998, only a few years after the completion of Puppy (1992), Koons’s monumental topiary sculpture that is permanently installed at the Guggenheim Museum Bilbao. More recently, Koons has expanded on the functional utility and pristine workmanship of Puppy (Vase) in large sculptures featuring vivid, blooming flowers, including Bluebird Planter (2010–16) and Woman Reclining (2010–14), a kinetic work in black granite from the Antiquity series.

Puppy (Vase) is also now available at the Gagosian Shop and on Artsy.