Margot Robbie is the new face of “THE COCO NEIGE”

Margot Robbie is the new face of “THE COCO NEIGE” 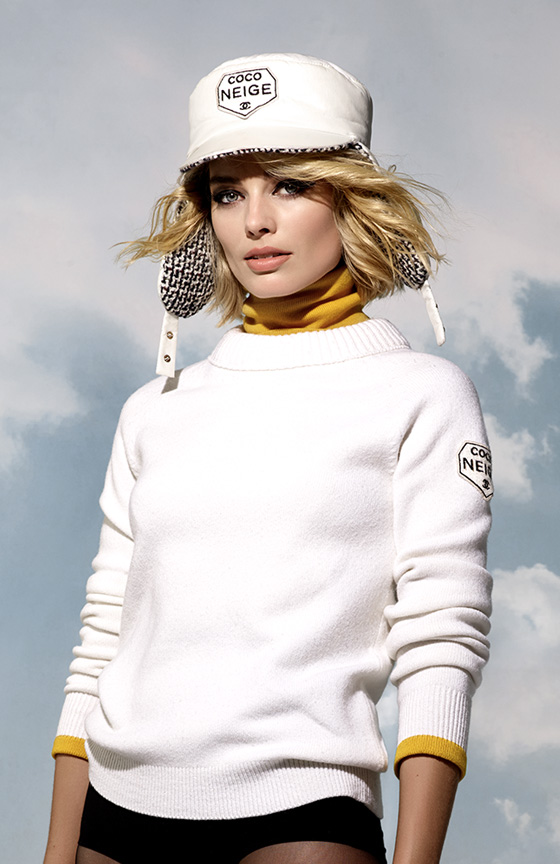 Karl Lagerfeld has chosen Academy Award nominated actress Margot Robbie, an ambassador of the House, to become the face of the campaign for CHANEL’s first Coco Neige collection, designed by the couturier for winter 2018/19.

CHANEL’s Coco Neige is a line dedicated to winter sports, the snow and après-ski. Combining a technical wardrobe and urban pieces, the collection explores the ski world with all the elegance of the CHANEL codes. Masculine/feminine inspirations, the work of tweed and leather, plus the quilting and the two-tone set the tone of the collection with its slender and sporty lines.

The advertising campaign shot by Karl Lagerfeld perfectly echoes this joyous and invigorating spirit, against a background of blue sky and clouds forming a décor one could imagine over the terrace of a chalet and peak tops. With her hair in childlike bunches blowing in the breeze, Margot Robbie is more mischievous and cheerful than ever. Curled up in a parka or a down jacket, warmed with a chapka, enveloped in a soft chunky sweater, the actress is visibly having fun on set. “This shoot was one of the greatest experiences of my career. The energy and vibe on set was so wonderful and collaborative. One of the first things Karl Lagerfeld said to me was that we never need to take ourselves too seriously. He has such a creative mind and he knows exactly what he wants and the minute he captured it, we were moving onto the next shot. It was amazing. Karl Lagerfeld is a creative mastermind. I already knew he was a genius but to be able to spend time with him in person, I now know he is also just a wonderful human being.”

Margot Robbie first became known to the public with her role in The Wolf of Wall Street by Martin Scorsese in 2013. She then went on to star in Focus, Suicide Squad and Tarzan. She was recently nominated for an Academy Award, Bafta and Golden Globe for her critically acclaimed performance in I, Tonya, a film she produced as well.