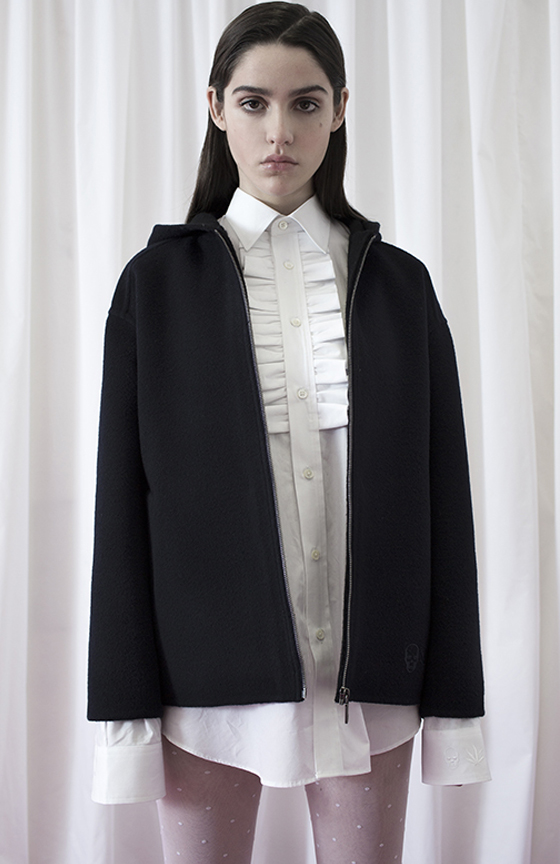 The Lucien Pellat-Finet man and woman form a single sartorial whole this season. If Alexander Thynn, the exuberant marquis known as the Lion of Longleat, was the main inspiration behind the menswear collection, the designer looked to Edith Sitwell for his womenswear wardrobe, the genius poet behind the classic The English Eccentric. The essence of her style can be resumed in a black and white photograph of the writer taken by Cecil Beaton, in which we can see a sure taste for purity, where materials reign, with superlative jewelry, that sets the tone. An insolent elegance and aristocratic bearing hide a singular and eccentric spirit, as upper class appeal meets another rebel style current: grunge. The juxtaposition of emblematic pieces from each of these – insignia jackets, checked shirts, cord velvet and casual tailoring – form a hybrid wardrobe that is resolutely modern. The house’s iconic skull signature takes on British and punk accents, while the Union Jack is an anarchistic leitmotiv that runs through the collection on knits and the backs of jackets. In a nod to the house’s plush new store, open since fall 2017 at 2, rue d’Aboukir, ‘2 Aboukir’ is picked out in rhinestones on a series of pieces. Another recurrent print, is leopard, which brings a wild-child edge and rock accents to the hemp leaf, the other house motif.
Fall/Winter 2018-2019 will also mark the launch of featherweight Lucien Pellat-Finet sneakers, designed for both sport and street. As in seasons past, Lucien Pellat-Finet has built a wardrobe that balances a nonchalant elegance – this season shot through with upper-class chic – with athleisure pieces worked in Scottish cashmere, representing the pinnacle of contemporary luxe.
Nicolas Ouchenir x Lucien Pellat-Finet
Lucien Pellet-Finet has teamed up this season with calligrapher Nicolas Ouchenir, who has revisited the hemp leaf as a red-hued ode to love, that resonate through the collection as a series of T-shirts. 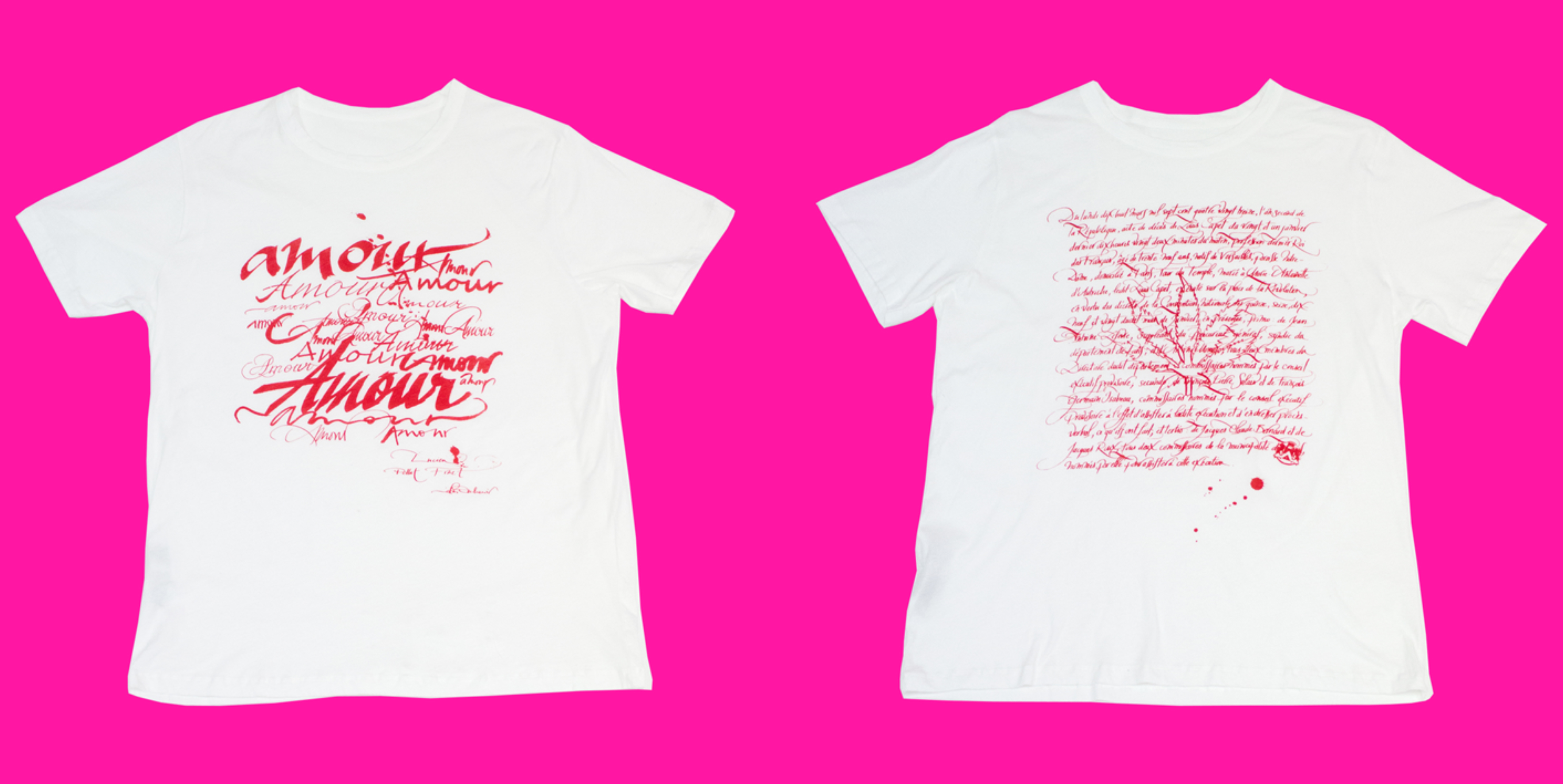