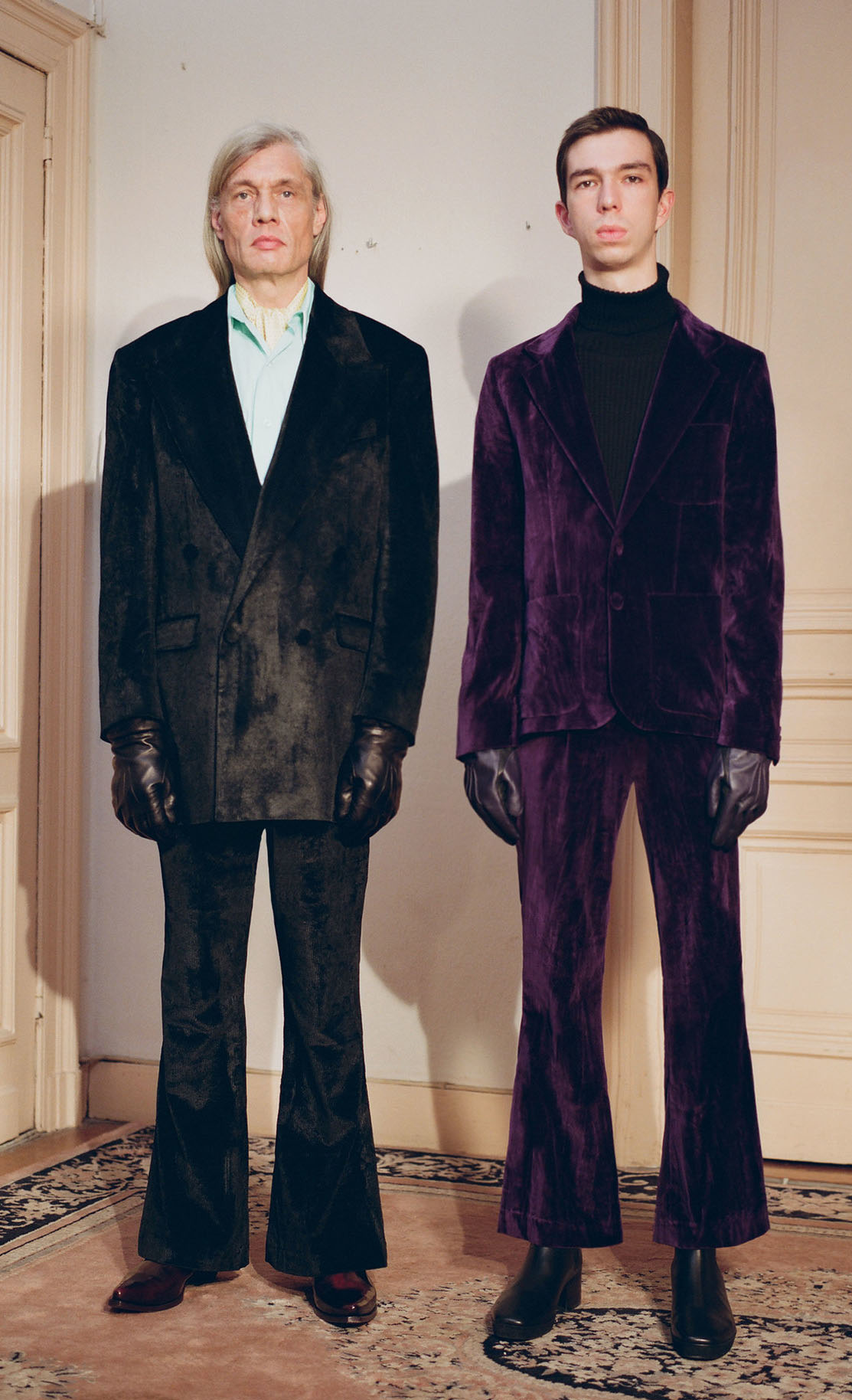 Established in 2016 by designers Reid Baker and Ines Amorim, of the United States and Portugal, both graduating from the Domus Academy of Milan in 2014, the duo share experience working for fashion houses Haider Ackermann, Yang Li and Wooyoungmi. Reid was born in Detroit and grew up in rural Park City Utah, while Ines was born and raised in a traditional city outside of Porto. The designer’s heritage plays an important role in developing their collections as they blend their cultural influences between European elegance and an American rawness.

Ernest W. Baker, Reid’s Grandfather, and an early Detroit ad man, serves as a muse for the brand’s identity. With a sense of nostalgia, an intention is made to reinterpret classic garments that feel as if they were taken from Ernest’s closet. Studying his personal journals from the 70’s & 80’s were the starting point for the Autumn Winter 18 collection. Shades of brown leather, tonal checks and handmade sweaters in a chunky mustard yellow are used in reference to a palette of the 70’s, while the injection of color in purple velvet and electric blue give a more optimistic feeling of the 80’s.

The aesthetic is then taken forward, drawing from the perspective of David Lynch. Inspired from the surrealistic world developed in his “Twin Peaks” series, a link is established between classic European dress and a western American spirit. Long, oversized coating is an important aspect in the collection, creating a sense of mysteriousness. John Wayne hats, tuxedo shirts and classic check patterns are a nod to an Americana style, while the structured blazers, ascots and velvet tailoring are inspired from a classic European elegance. Although the looks present a pure rigidity, there is a sense of irony in each of them, with an intention to convert the model into an Ernest character playing in the Twin Peaks series.