Bottega Veneta writes the next chapter of The Art of Collaboration

Bottega Veneta writes the next chapter of The Art of Collaboration 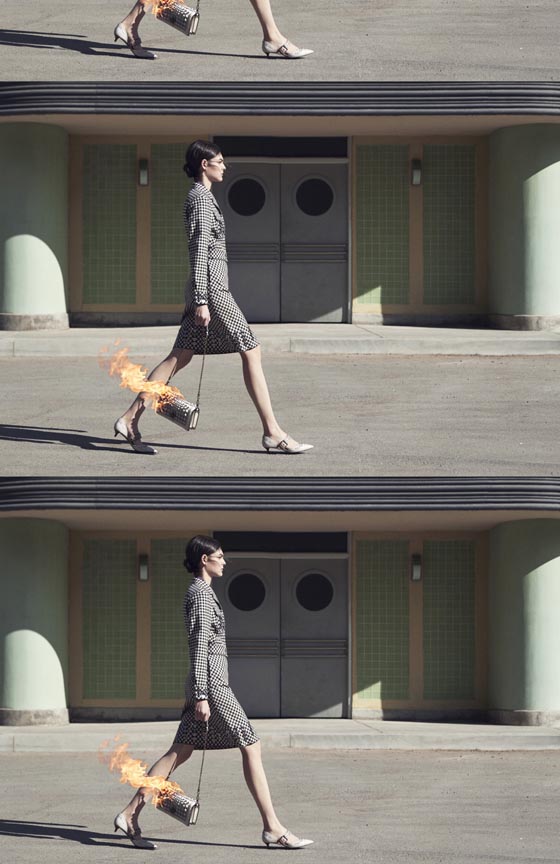 Bottega Veneta writes the next chapter of The Art of Collaboration with a new, revolutionary advertising campaign focused on digital and created with the renowned agency Baron & Baron.

Entitled Reflections, the Spring / Summer 2018 campaign focuses on moving images. Conceived as a series anthology, six distinct short films, with a cinematographic style and directed by Fabien Baron, will be revealed in episodes in course of the season through multiple platforms and partners. Every season the campaign will focus on characters different with an overall narrative that illustrates the collection and draws on the pillars of the brand: mystery, sophistication, architecture, sensuality and surrealism.

The Art of Collaboration, created by Creative Director Tomas Maier in 2001, was a concept of extraordinary success which emphasized a longstanding relationship with the artists. With the writing of this new chapter, Bottega Veneta returns to be the center of attention, with a communication platform that reinforces the “initials” of the brand in a way more relevant to today’s customer. Just as the original The Art of Collaboration was revolutionary by inviting photographers of exception to widen the borders of the advertising of fashion, this new concept constitutes a precedent absolutely unique in the luxury narrative. “We have always told stories about our products and our brand,” explains Maier. “The evolution of The Art of Collaboration allows us to reach the customer and entertain a dialogue on his terms”.

The new campaign is optimized for viewing via digital and mobile devices, with appealing content that they entertain, inspire and constantly offer new perspectives on the brand’s history and DNA. It is designed for to deal with the modern consumer wherever instinct brings him, and to be always at hand, offering an experience capable of involving. The photographs for the print campaign are extracted from moving images – it is an evolution technique made possible by the new Millennium DXL 8K Panavision camera, with lenses that have been customized since director of photography Philippe Le Sourd. The elements of a traditional advertising campaign with photographer and shooting they have been completely overcome. Also for the print campaign layout a film approach was adopted, using the repetition of the images for to evoke the movement, and to re-enact a storyboard, becoming, in a certain sense, the manifesto of the corresponding episode.

The Reflections concept celebrates the unmistakable allure of Bottega Veneta with a new approach in a modern way. Reflections is a moment of pause to think, to evaluate, to see things differently. To interpret the multiple facets of a single story from a different perspective.

The common themes in the six courts of Reflections are rebirth, temporal inversion and reconnection. With a call to Bottega Veneta’s iconic interwoven, each chapter has an innate and implicit tension, which is reflected in the atmospheres, in music and movement in movies.
In the Reflections series, each of the six short films has a distinct narrative that is connected by a single, singular cinematic vision. The format draws inspiration from the modern obsession for episodic content, promoted from the golden days of television and from revolutionary platforms like Netflix and Hulu. The six films will be distributed episodes through various platforms and partners as well as on BottegaVeneta.com.

Each film was shot on a different set, created by renowned production designer Stefan Beckman, with special dynamic effects
recreated in post-production.

Mirage
Models: Vittoria Ceretti (V.C.), Aube Jolicoeur (A.J.), Janis Ancens (J.A.)
The sirens scream as a car, enveloped in flames, mysteriously travels the street of a deserted town. The fire in Miraggio represents the life, the soul, the desire and the passion that drive us to make extraordinary achievements. A surreal short movie, which pushes us to question the thin line between dream and reality. There is a wonderful sense of “emergency”, in the elements of the fire and the sirens represented in a serene way.

196.6 MHz
Models: Vittoria Ceretti (V.C.), Janis Ancens (J.A.)
Separated from an unspecified distance, a man in a motel room and a woman in a car try to get in contact via the radio. 1966 is the year in which Bottega Veneta was founded (from which 196.6). It is the magic moment when the brand has connected with the world. 196.6 MHz tells of the unstoppable desire to find the frequency that connects all of us. It speaks of the alchemy between two people, of finding the right moment and the right means.