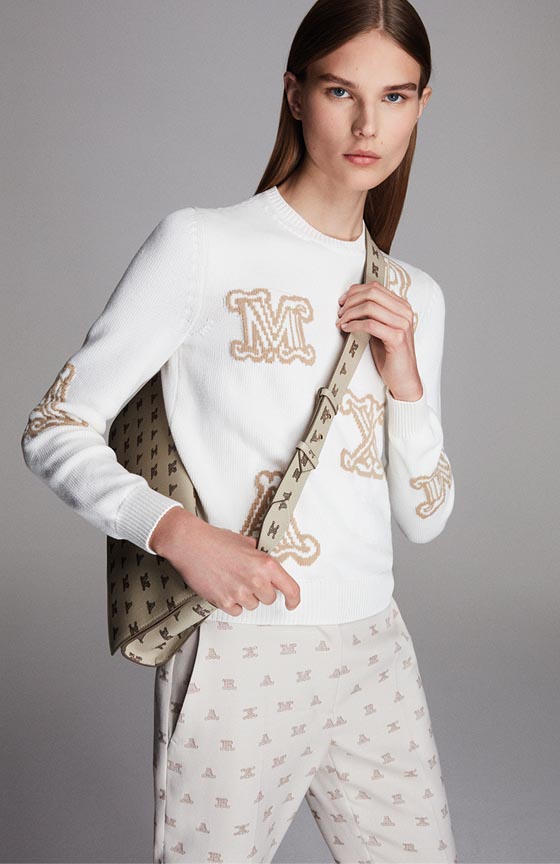 #MAXMARAGRAM: present, past & future
Milan Fashion Week. Palazzo del Senato. The Max Mara fashion show unveils a surprise: the runway is completely covered in the original lettering of the Max Mara brand of the 1950s. A font that existed in Rome as far back as 2,000 years ago and, when it was discovered at the beginning of the 19th century, was named “Tuscans”. The lettering became part of the heritage of Max Mara when the artist and illustrator, Erberto Carboni, used it for the poster campaign in 1958 and, today, it has been reproduced as an iconic logo for many of this season’s pieces. The original graceful lettering was tweaked with a modern vibe and named #maxmaragram; and then it was splashed across a special capsule collection of fashion pieces, accessories and shoes available in the stores as well as online. 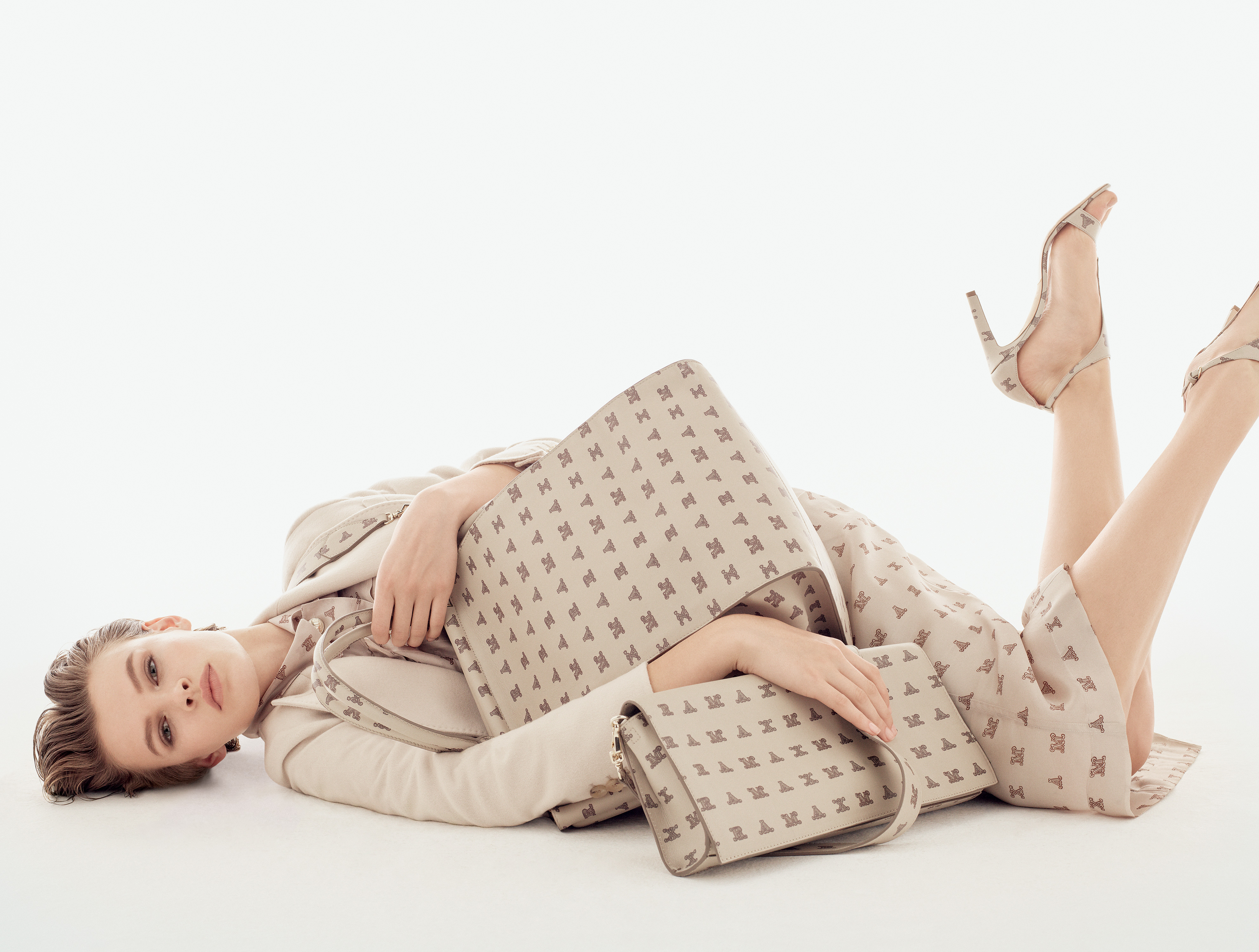 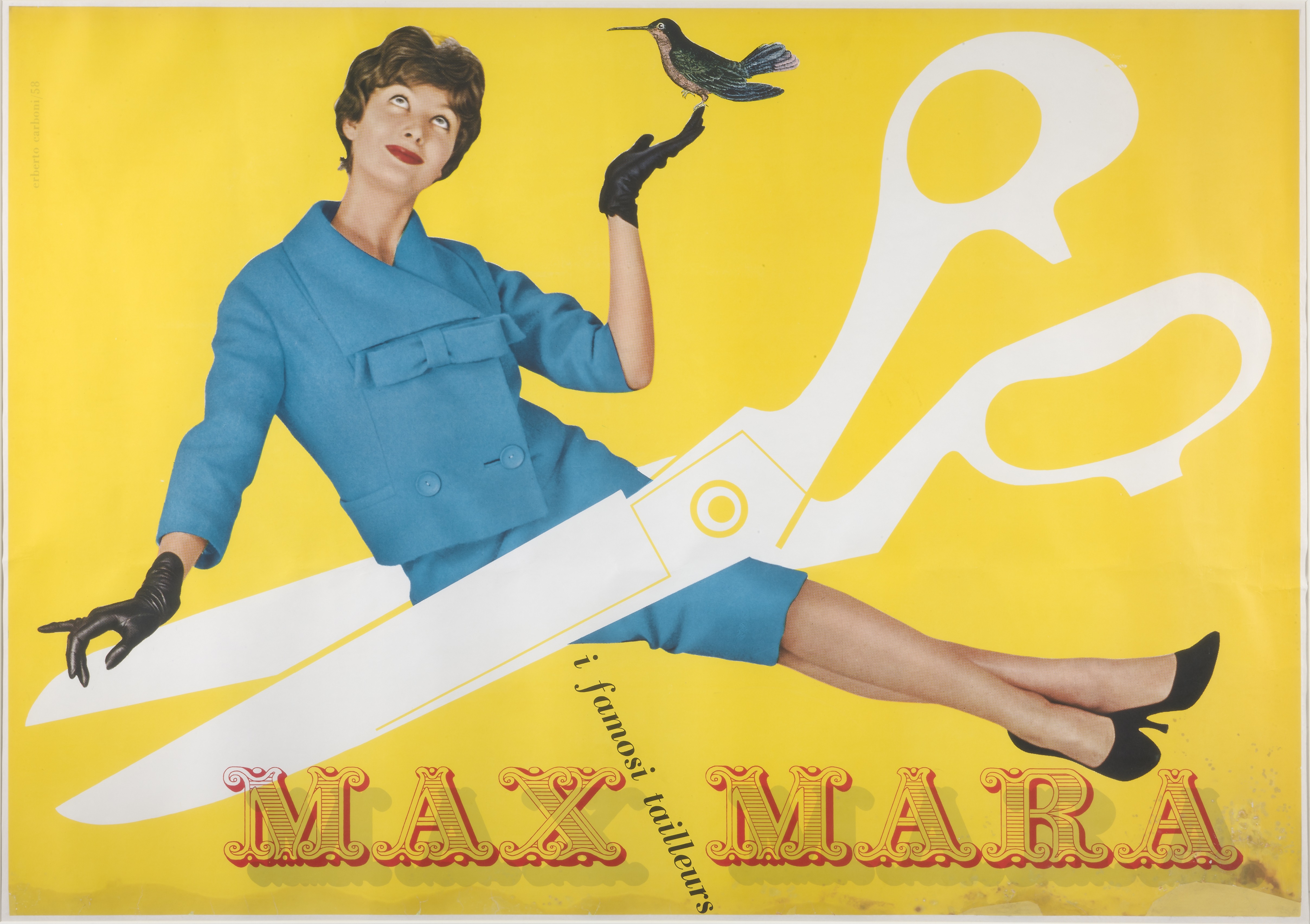 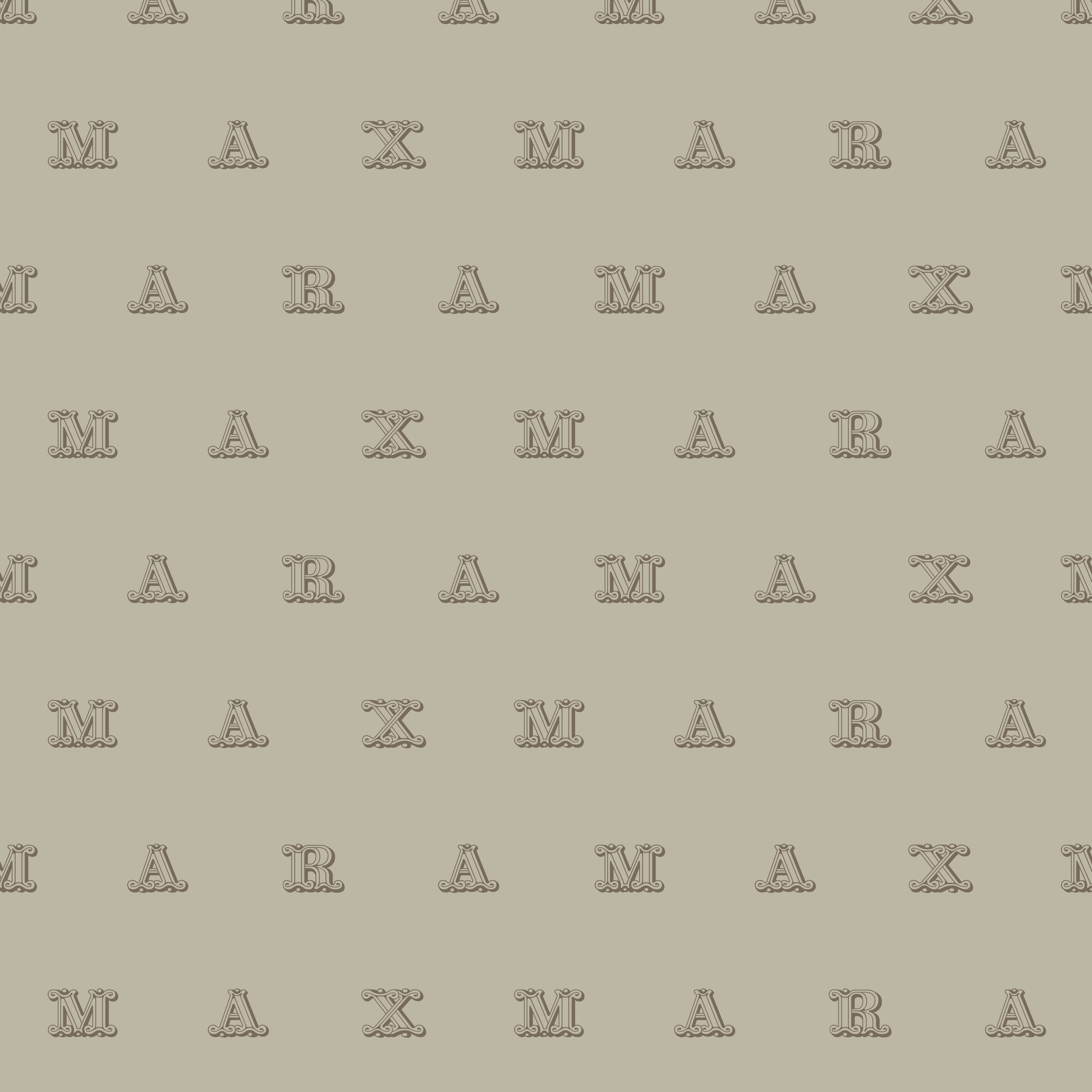