PRADA unveils the last two episodes of ‘The Postman Dreams 2’

PRADA unveils the last two episodes of ‘The Postman Dreams 2’ 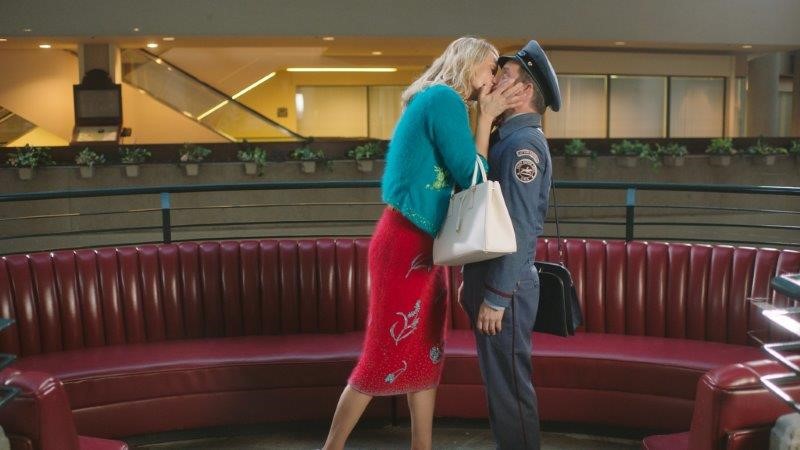 Cinematic auteurs are trademarked by their own personal obsessions, pulling viewers
into meticulously crafted worlds that speak of their creator’s deepest wishes and
desires. Here, de Wilde devises her own imaginary vistas and mise en scène, inspired
not just by her own obsessions but those of others. Desire, pleasure, eventual
satisfaction – these are the underlying themes of these non-sequential, fabulist chapters
– divided into four main stories.

The central protagonist of “The Postman Dreams 2” – our heroine – is the Prada
Galleria bag, a key plot-point in each of the four episodes. It is a shared focus and
object of desire: the thread connecting each of the instalments, alongside our hero,
Hollywood star Elijah Wood as the enigmatic ‘Postman’.

Humorous and whimsical, with a touch of daydream and moments of pure surreal wit,
each film presents itself as a self-contained fragment, like acts in a play hinting at a
larger narrative, but nevertheless their own entity. Avoiding any distinction of time or
place – bar a colour-saturated, view of west coast Americana – each presents an
alternative view of a different, imagined reality. Combined, they create a faux
chronology, a story without beginning, middle, or end. These films are a fantasy, to be
indulged. A gift to be enjoyed.

Episode 1 – ‘The Bogey’
Serving as our reintroduction to ‘The Postman Dreams’, and introducing Elijah Wood
as The Postman, the debut instalment, ‘The Bogey’, immediately plunges the viewer
into filmmaker Autumn de Wilde’s visually arresting universe.

Here, the actress Emma Roberts is the heroine – she plays herself. Hence the title –
‘The Bogey’ – Hollywood vernacular for an individual breaching the set, and walking
through a shot while the camera is rolling.

The Postman here becomes the unwitting ‘Bogey’, an interruption to an epic in the
making, delivering a gift – Prada’s Galleria bag – to its delighted star player.

In the second episode of ‘The Postman Dreams 2’, our hero – Elijah Wood’s Postman –
is in hot pursuit of Sasha Frolova, the mischievous beneficiary of another gift who
refuses to accept her present without a good chase.

Drawing on the screwball comedies of the 1930s, auteur Autumn de Wilde’s short film
depicts an absurdist cat-and-mouse game as the eponymous Postman tries to fulfil his
duty and deliver his precious cargo – the Prada Galleria bag – to its rightful recipient.

A classic Hollywood scene: a woman wronged, exacting her revenge – in this case,
Amber Valletta, the heroine of the third installation of ‘The Postman Dreams 2’. Like
our eponymous hero, Elijah Wood’s Postman, we viewers are turned to voyeurs,
overhearing and overseeing Valetta in a lover’s argument, where she is the undeniable
victor via a sucker punch that floors her philandering male co-star. Hence this
episodic short’s concise but evocative title.

But Valletta is also the third recipient of the Postman’s precious gift – the Prada
Galleria bag. Emotions here are heightened – from jealousy, to rage, to eventual
euphoria.

The final installation of Autumn de Wilde’s witty series of cinematic shorts celebrating
the joy and art of gift-giving, ‘The Postman Dreams 2’ concludes with Elijah Wood
delivering his final package to Natalia Dyer in the unexpected enclaves of an elevator –
a space that becomes a crossing-point of different stories and lives captured in the
midst of the chaotic but uplifting party season.

The gift is, of course, the Prada Galleria bag – the connecting thread, a constant
presence. Given to, worn and loved by an array of leading women throughout these
episodic films, as a collected work the films of ‘The Postman Dreams 2’ are testament
to the endless reinterpretation, myriad identities and boundless versatility of this
timeless Prada icon. It is as unique and multifaceted as the women who adore it. A gift
for all seasons.

A visage reinvented as frequently as a leading actress, the Prada Galleria bag is a
fundamental facet of Prada’s luxury universe. A character adaptable to any scenario.
Invented in 2007, the Prada Galleria bag lends itself to endless reiterations and
evolutions – offered in a spectrum of materials, colours and finishes, it can assume any
personality, ready itself for any eventuality.

An object of luxury desired across the world, the Prada Galleria bag offers its owners
endless variations on its timeless theme, reflecting themselves, their lives, and their
own fantasies. Through tailor-made variations and made-to-order services, the Prada
Galleria bag allows a woman to be an auteur, to author her own aesthetic identity. Its
invention is endless.

Titled after Prada’s birthplace, the brand’s first historic store in Milan’s Galleria
Vittorio Emanuele II, the Prada Galleria bag represents a collision of classicism and
modernity, precious and practical, the past and the present. Like its namesake,
combining graphic Modernism with the Baroque – a stylistic discord which finds
contradictory harmony – the Prada Galleria bag defies all categorisation.