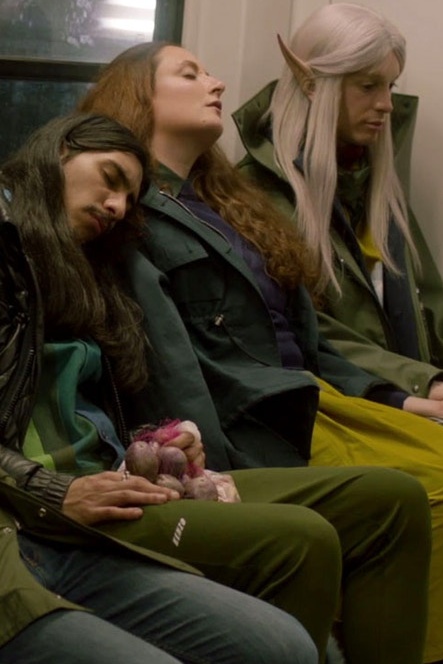 This Fall 2017 KENZO takes us on the journey to interpret singular relationship with the world. Three directors, three different point of view three movies – „Olympe” Mati Diop, „TZZD” Baptist Penetticobra and “Untitled (Juice)” Eduardo Williams. These filmmakers are a kind of generation who are concerned on the ecological issues and that fact mainly influenced on choosing them to that project, because they are sensitive on the fragility of the planet.

These three films are visual poetry for collection Fall/Winter 2017 Season Zero, where we can find interpretations how to inhabit the earth today in 2017. Series created by KENZO  display a chaos. And the message which is hidden through these movies is that in the time when we tend to be blind for the light of our world, we shouldn’t forget about roots of our dear attachment to the world.

Fashion trilogy is located in Bolivia, France, Argentina and the United States. First of them is made on the bicycle tour through big cities, second showcases pop-culture heavy monologues and this and the last of them presents travel through various countries that form an alternate dimension.  Different places, landscape, cultures, spaces, moods and accents. But what is important on the end, what is our planet – is a great amalgamation of differences and similarities.