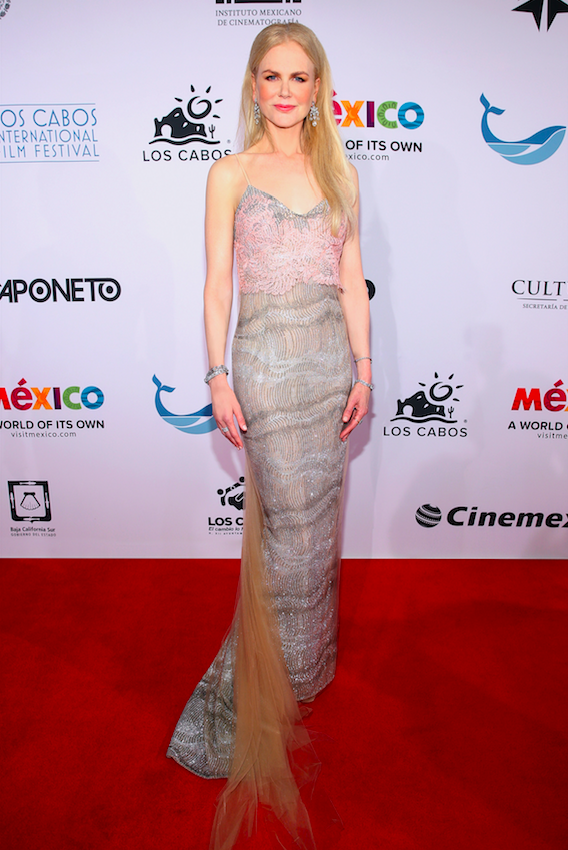 On the sixth edition of that festival, on November 11, for the presentation of new film „The Killing of a Sacred Deer” in direction of Yorgos Lanthimos appeared Oscar’s winner Nicole Kidman. Actress chose to wear a dress designed by Ermanno Scervino for Spring / Summer 2018 collection. She wore a long dress with thin strips, the top was created with lace in pastel pink shades. All dress was also decorated with sparkling beads. The addition to her outfit was the veil that breaks her look and glossy earrings.