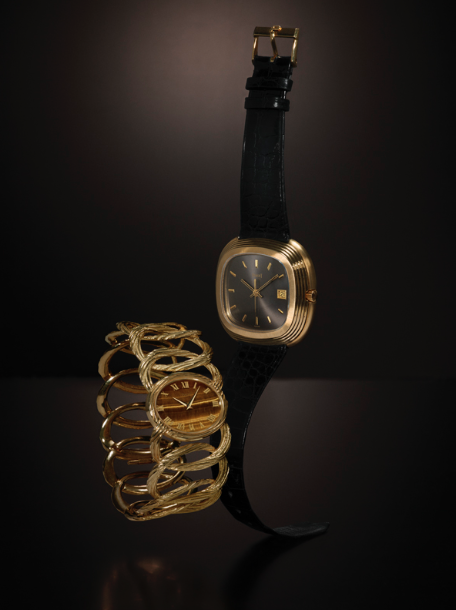 In the 30th anniversary of the death Andy Warhol who was a legendary artist and pop culture phenomenon was opened the exposure in London. ‘Time Keepers’ display celebrates a partnership aimed at preserving Warhol’s unique artistic legacy for future generations.

It is the first time when showcased Piaget-themed treasures from Andy Warhol’s ‘Time Capsules’. Including Piaget watches collected by the artist, were flown from Geneva and The Andy Warhol Museum in Pittsburgh, and reunited for one night only at Annabel’s in London. On the exhibition we can find photos of soirées with Warhol sent by Yves Piaget and still in their original envelopes, as well as glossy vintage photographs of Piaget watches of the time. The timepieces themselves are as iconic as the wearer was, because they encompass: a watch fitted with the large Beta 21 movement, a secret watch concealed in a gold ingot and a gold bracelet watch with a precious onyx dial. ‘Time Keepers’ exhibition present valuable watches, photographies and curios exchanged between Warhol and Piaget formed a backdrop for guests.