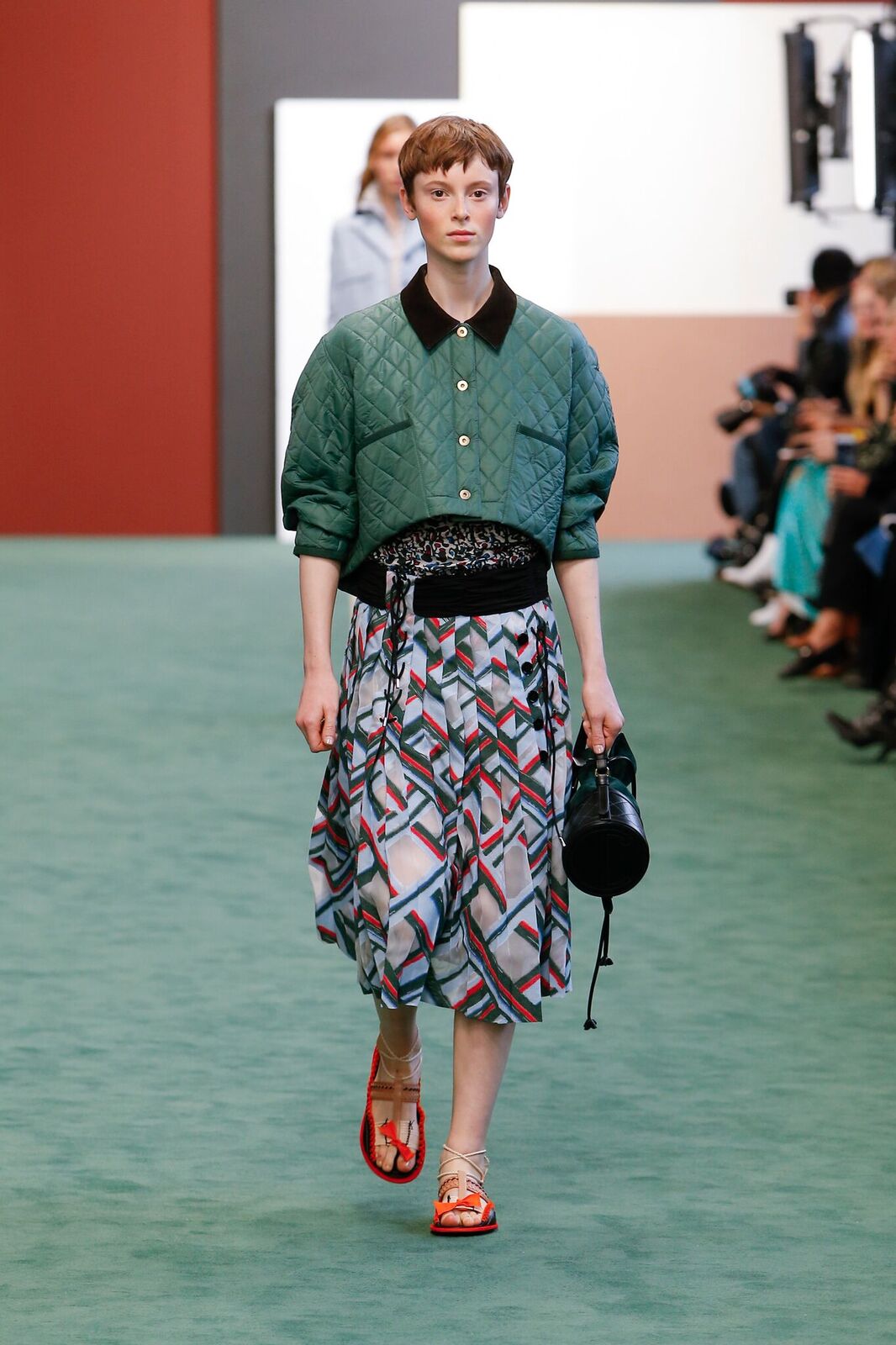 In January Carven has hired the former Dior designer Serge Ruffieux as brands’ new creative director. “I am thrilled to embrace my new creative role at Carven, feeling a real affinity for Madame Carven and her vision of fashion,” said Ruffieux. “With her fluid yet architectural silhouette, her taste for the quaint, her love of mixed influences, her boldness and her freedom, the modern-day Parisienne is the embodiment of all my imaginary travels.”

Prior to his new appointment, Serge Ruffieux had spent 10 years at Dior couture house. And with his first show as Carven’s creative director, Ruffieux wanted this SS18 collection to mark the beginning of a new story for the house, one that will evolve with each new chapter. 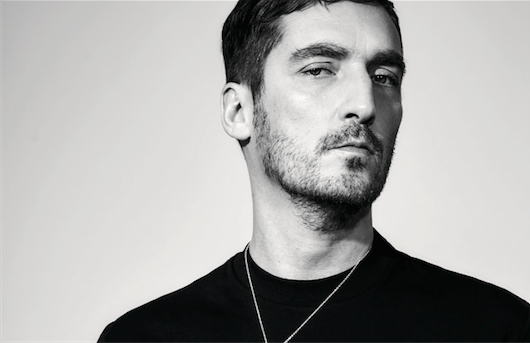 Serge Ruffieux pulled off a charming debut based on a globetrotting collage of references, tossing into the tumbler prints recalling 70’s interiors, aristocratic touches. The place is both contemporary and steeped in history. It became the venue for all the house’s shows, reflecting its values and ambitions.

Ruffieux was fearless in his mix of colors, including neo-green, linden green; smoke grey, ultramarine, barley, chalk, and geranium. African fabrics and various other peripatetic nods, from revisited safari vests to tropical prints with a hand-painted quality.A faraway vibe also came in his use of cord piping as a drawstring to create smocking effects and structured tops with openings on the sleeves, which enhanced the overall crafty feel. The show’s attitude was full of contrasts: effortless, urban and sophisticated. 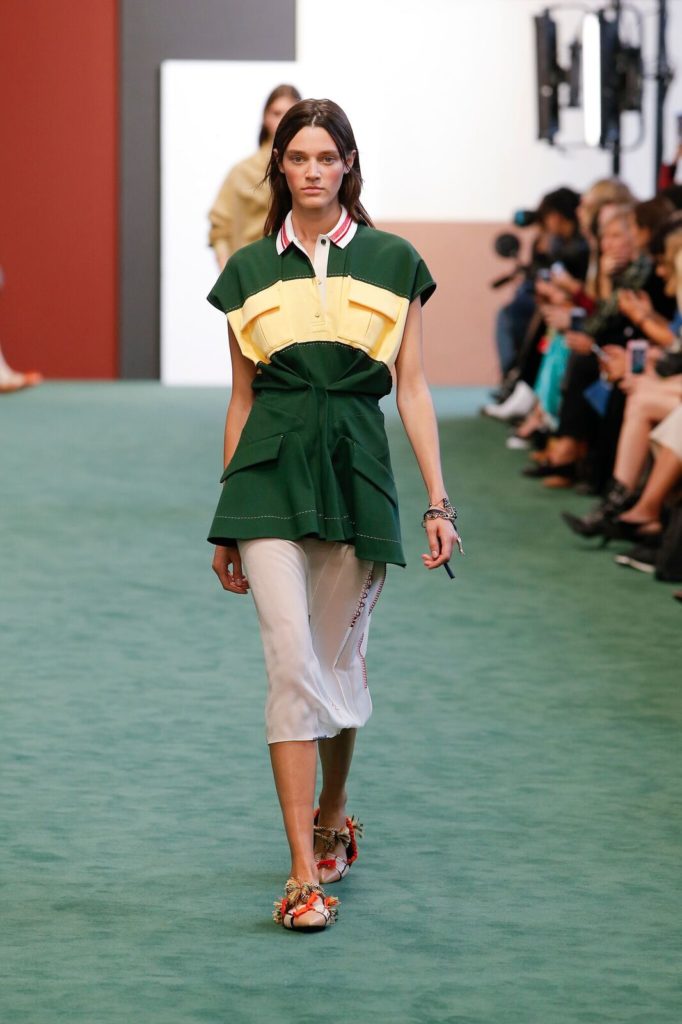 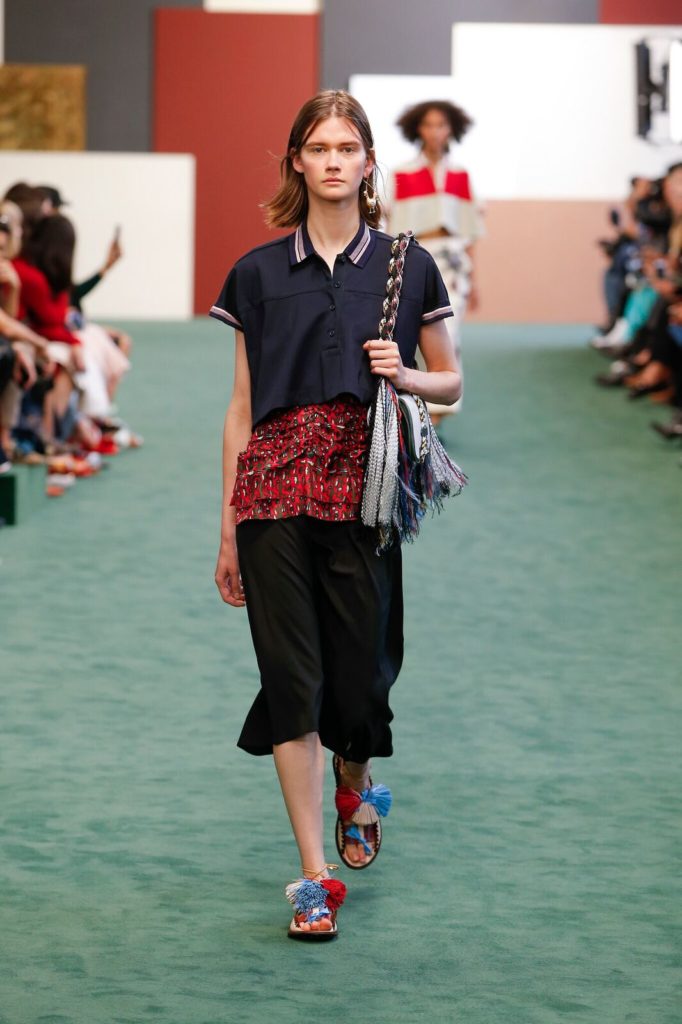 The Left Bank references were suitably tongue-in-cheek with a series of cropped tops — some with A-line volumes — based on reworked quilted Barbour jackets and polo shirts, some paired with pants sprinkled with couture embroidery. A recurrent print was based on the rooster, a symbol of France.