JR’s Latest: a Little Boy Between The United States and Mexico

JR’s Latest: a Little Boy Between The United States and Mexico 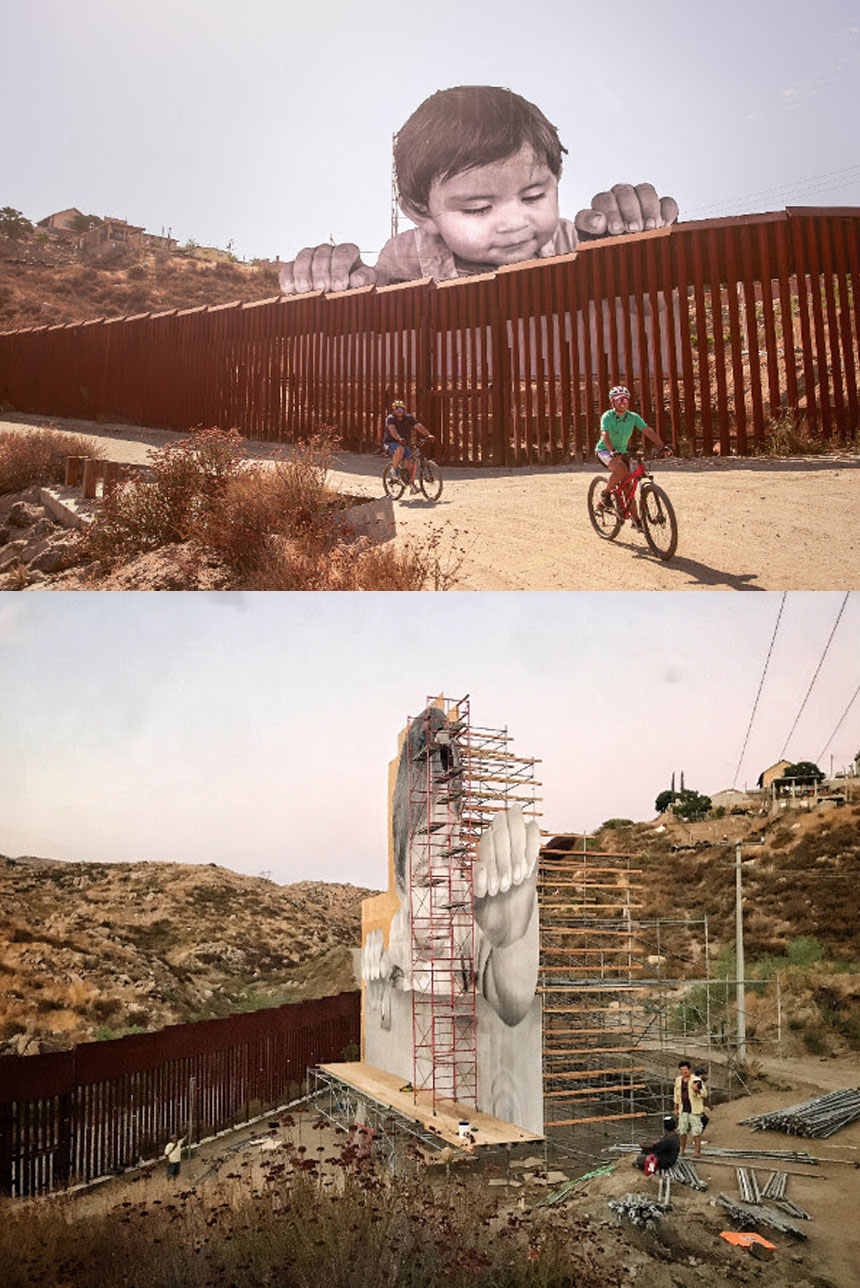 “For this little kid, there are no walls and borders.”

JR is the french artist who created an installation in Tecate, Mexico. The creation depicts a little boy named Kikito with dark hair and curious eyes who peers carefully over the barrier wall between The United States and Mexico. The piece is best viewed from the US side of the border.

The artist announced the work using Instagram platform to more than a million followers showing two uniformed Border Patrol officers looking up at the image of Kikito from Californian soil as the installation was taking place. JR’s new work will remain in place until October 2nd. 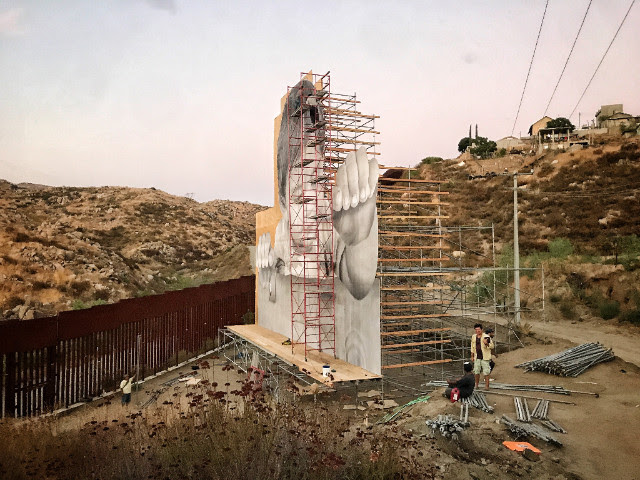 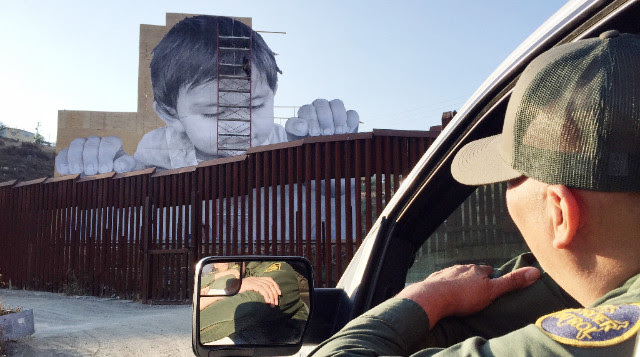 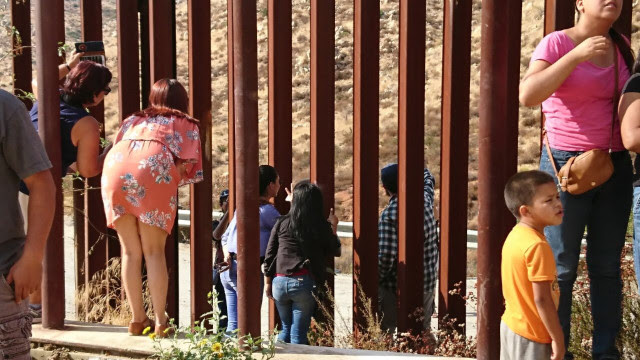 The question comes naturally: what was the inspiration to create this kind of an installation? The idea came to JR in a dream. “Each time I’ve seen walls that have caught my attention, or that I’ve heard about a lot in the media, they would stick in my mind. I would even dream about it. When Trump started to talk a lot about a wall along the Mexican border, one day I woke up and I saw a kid looking over the wall. I was wondering, ‘What is this kid thinking?’ What would any kid think? We know that a one-year-old doesn’t have a political vision, or any political point of view. He doesn’t see walls as we see them,” – said JR.

For JR, whose recent work has frequently dealt with immigrants and refugees, the Mexican installation is part of a continuing conversation. “People will always migrate,” he said. JR and his installation speak up about closing all the borders. There should not be any walls and any borders.