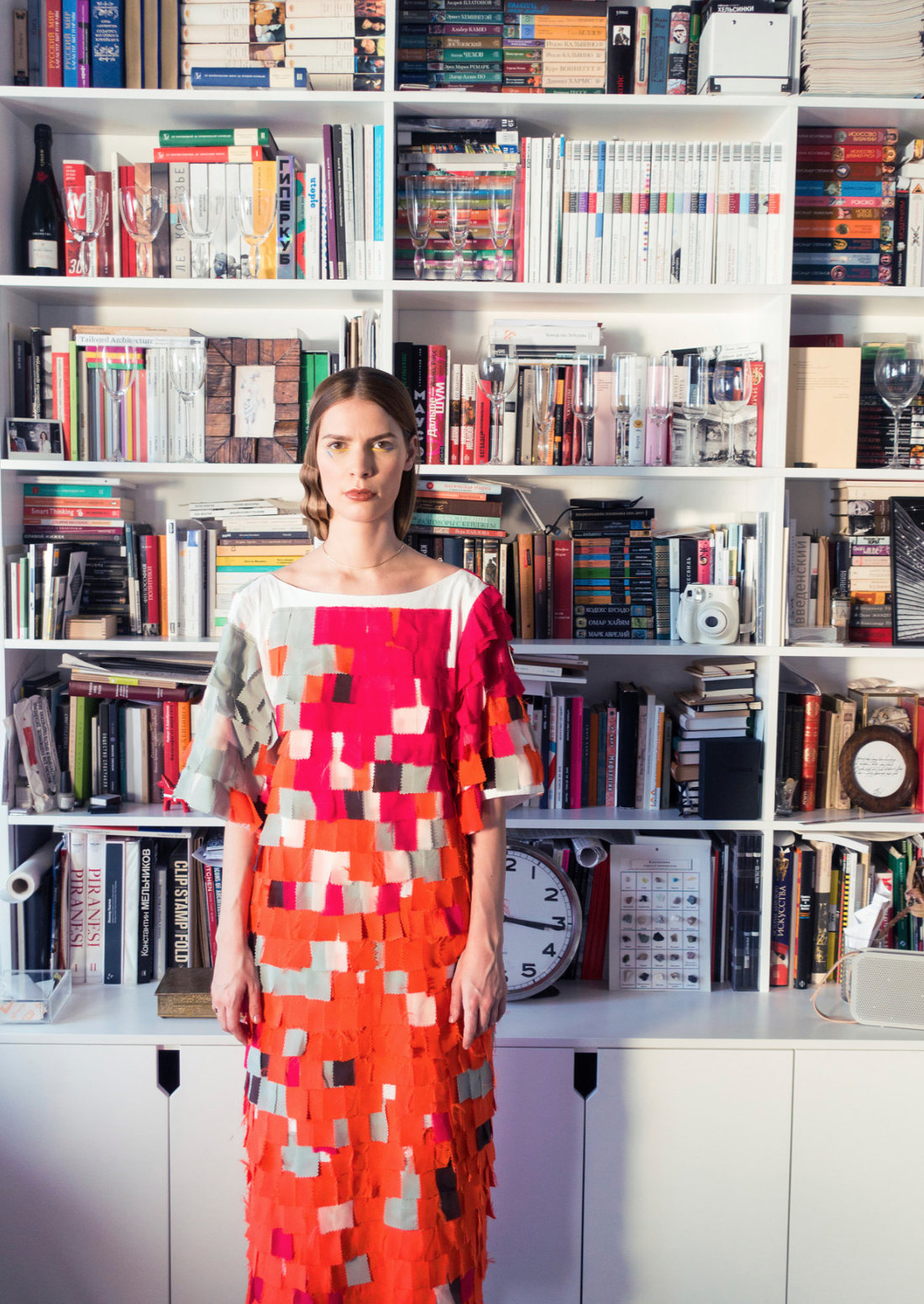 Vardoui Nazarian Resort 2018 is inspired by the works of two artists: Sergey Parajanov and Paul Klee. The Swiss-german artist, Paul Klee influenced the collection by the technique of his works, freedom and at the same time the deliberate nature of colour spots. Sergey Parajanov inspired the designer with his artwork called “Samples Of Crepe De Jine”, dated 1978, which Vardoui Nazarian for the first time saw in his house-museum in Yerevan, in 2013

It took about 3 years for Vardoui Nazarian to consciously use his legacy creating the dresses. The designer was collecting all the samples of chiffon and thin silk that were accumulated during the last 10 years of her work. “To be honest, this is a garbage, which we, the designers, usually throw out,“ says Vardoui.

In defiance of so called ”garbage”, Vardoui Nazarian was cutting out the rectangular petals of chiffon with special scissors and making a lay out on the white cotton to be able to make mock-up. Following the scrupulous work, the tailors were attaching the chiffon petals to the fabric. After all the experiments and doubts about these chiffon petals, Vardoui Nazarian admitted that Sergey Parajanov, in fact, “helped” her to learn how to create dresses from the “garbage”.

In the moodboard of the “Vardoui Nazarian” Resort 2018 another art influence is noticeable. The modern artwork “Dangerous on-the-way” by Mel O’Callaghan influenced her in terms of the search of the forms of skirts that are “sun shaped”, sharply lose their roundness and acquire geometry.

Furthermore, it is hard not to mention the waffle cotton fabric used in Resort 2018. It was inspired by Vardoui Nazarian’s grandmother’s towel from the childhood. Robe dress with huge sleeves, culotte pants, and an a top with an architectural front fold are made of this fabric.

According to Vardoui Nazarian, the model in the video is a friend, an architect and a beautiful woman Julia Ardabievskaya. The designer wanted to express the collection’s spirit through the “real” person appearance. “This collection I wanted to shoot on a real man, who, perhaps, is far from model appearance, it needed a strong “image” and character,“ says Vardoui.