Bernard Arnault, CEO and chairman of the the world’s biggest luxury group LVMH expressed anxiety about looming global crisis. “I think a bubble is building and this bubble, one day, will explode”, he said for Business Insider.

On 26 of July LVMH cautioned that an uncertain economic climate meant its second half results may not match its sterling performance in the first six months of the year. The company reported  a 23 percent rise in first-half operating profit, driven by strong demand worldwide for its main Louis Vuitton brand and for its wines and spirits.

The group whose brands also include Dior, Fendi, Hennessy cognac and jeweler Bulgari, said it also faces a more demanding year-ago comparison in the second half.

While sales will grow faster than expected overall in 2017, performance between brands will become more polarized, for Bloomberg said Claudia D’Arpizio, consultant  of Bain & Company as expert of Global Consumer Products and Retail practices, specializing in the Luxury business.

“Consumers are asking for more innovation and more creativity,” she said. “We are seeing a bigger gap between winners and losers, driven by the ability of brands to understand the way the consumers are changing.”

LVMH also seeks to take advantage of luxury rebound in China. On July 20th Louis Vuitton has launched an e-commerce website in China. The site covers 12 cities, including Beijing and Shanghai, with others to be added later.

China is driving a rebound in luxury sales after a multi-year downturn prompted by a crackdown on corruption, with LVMH, Hermes International, Kering SA and others reporting strong gains this year, according to Bloomberg. 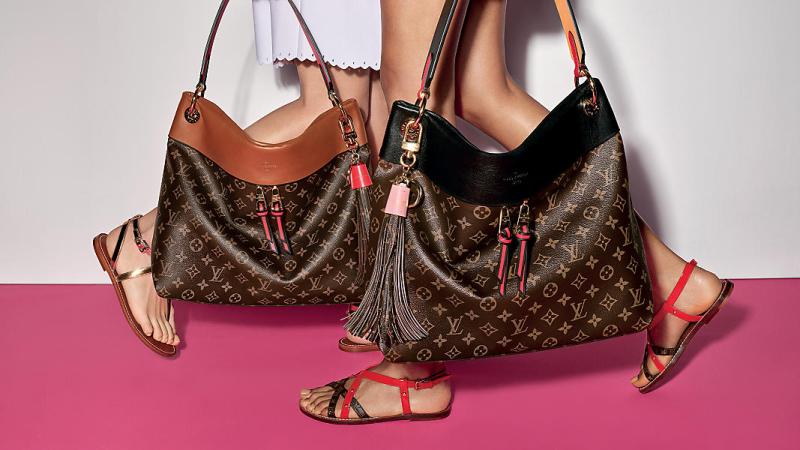 Seems that e-commerce websites is the tool to reach next generation of luxury consumers is the digitization. Millennials are younger, digitally savvy and have higher expectations of brands.

In 2017 LVMH raised the stakes in luxury e-commerce. On June the company launched its first multi-brand site 24sevres.com that puts brands like Louis Vuitton alongside those of rivals such as Gucci and Prada.

The new site for the company’s Parisian department store Le Bon Marche feature more than 150 luxury labels. This move represents a step up in competition across the fast-growing digital side of the luxury industry.

According to Internet Retailer’s report, sales online are fastest-growing sales channel for luxury merchandise,  released by 2016.

Share of online sales is expected to double from 6 to 12 percent by 2020. By 2025 is expected that the online share of total luxury sales to be 18 percent, which is worth about €70 billion annually, making e-commerce the world’s third largest luxury market, after China and the United States, according to International management consulting firm McKinsey.

Christian Dior, Salvatore Ferragamo, and Kering-owned Brioni were among those that changed designers or chief executive officers during the past year as slower growth prompted luxury companies to rethink their strategies. Brands across the sector have increased investment in e-commerce and reinforced their offer at entry-level price points in an effort to hook younger consumers.

Not all links toward to digitization

However not all brands are there yet. In fact, luxury lags other consumer sectors when it comes to understanding and applying digital technologies. Disney, Nike, Nordstrom—these are just a handful of the household names that have mastered digital.

According to Bruno Pavlovsky, Chanel’s president of global fashion: “Fashion is about clothing, and clothing you need to see, to feel, to understand.”

Anyway most of innovative digital initiatives coming from the wider world of consumer goods and retail brands with which consumers interact every day. Near-instant feedback, the ability to order quickly and easily online, the push for faster and faster delivery—these are just some of the factors that affect consumers’ purchase decisions today.