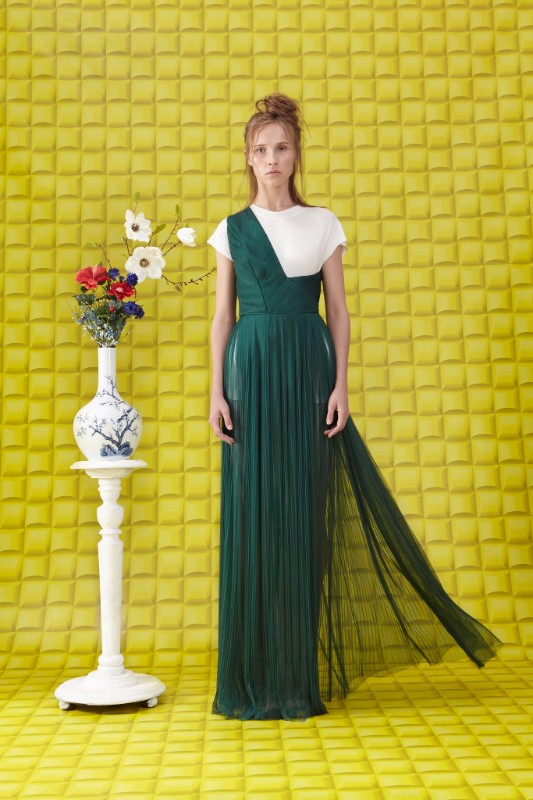 Close your eyes and imagine waking up in a lush Hanami garden, clustered with Sakura cherry blossom trees, admired for their transient beauty and serving as an everlasting muse to the arts.

The Vionnet Resort 2018 collection is inspired by two of the world’s greatest artists: Vincent Van Gogh, the impressionist painter heavily influenced by Japanese Art, especially in his early career, and with an emphasis on his works “after” the Japanese Master Hiroshige, the great doyen of the ukiyo-e tradition. 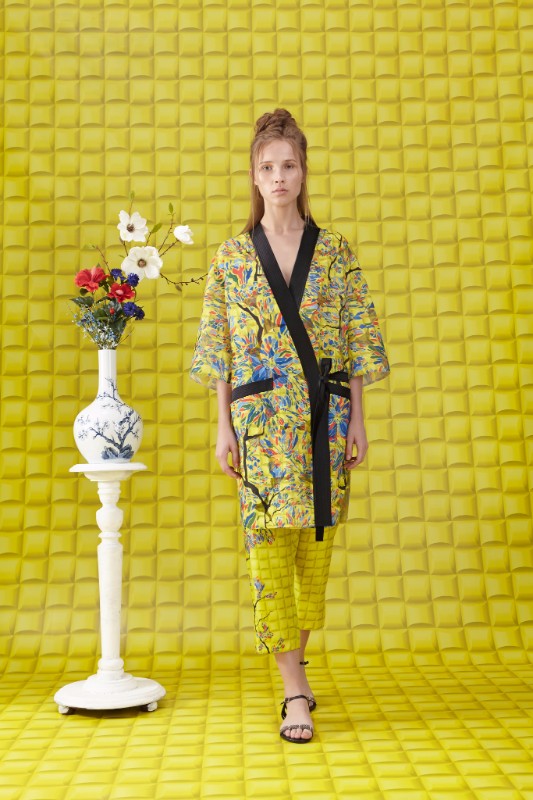 Vionnet recreates the parallel between Japanese and Western Art once again with a contemporary take on ‘Japonaiserie’. The house explores the nine poetic principles of Japanese Art: the imperfect Wabi-Sabi, often extended to include ephemeral allure, using cherry blossoms as a paradigm; Miyabi representing elegance; Shibui’s emphasis on subtlety; Iki’s stand for originality; Hanami’s appreciation of beauty; Enso’s abnegation of self; Jo-ha-kyu belief in life rhythms and Yugen’s suggestive lesson that mystery should be held back. 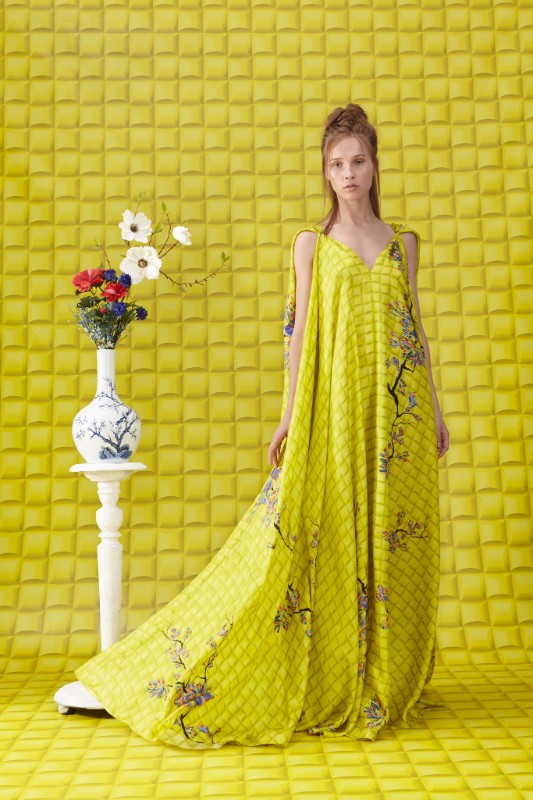 However, our focus is on analyzing the aesthetics of Geido. Meaning discipline and ethics and it introduces the sports related disciplines of martial arts and racing, beloved by the Japanese as well as the rest of the world. Vionnet’s mastery of drapes is expended in the poplin ensembles and silk dreamy fluid pyjamas patterned after the martial arts uniform. Racing gear inspired, the embroidered eye catching decorations playfully mock the hastiness of modern life. 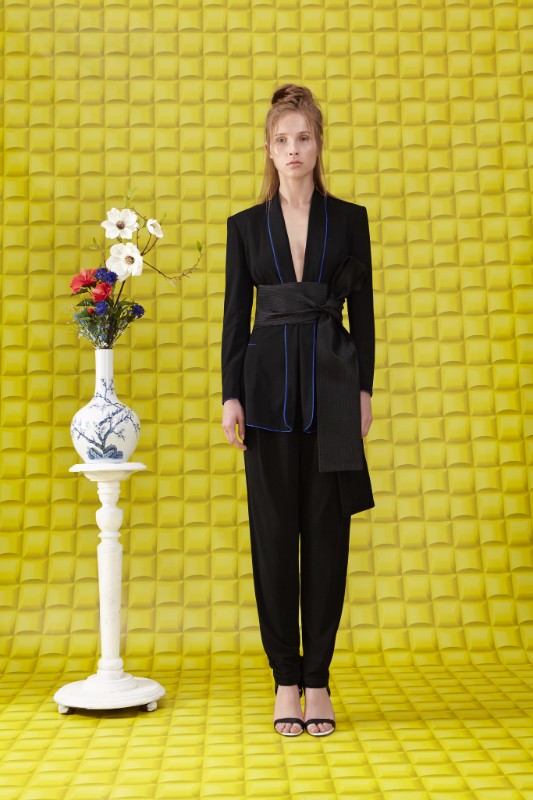 With the use of seemingly effortless Vionnet archetypal shapes, cuts and fabric manipulation, this season’s silhouettes are composed of many heritage patterns including the four square Vionnet bias dress, kaftans, and tunics. The modern avowal is realized by combining the “movement” of the Greek dress with the delicate and unpretentious fluid lines of Japanese kimonos. Referencing Thayaht’s “Japonika” from the 1920s, our print is abundantly modern exploiting the use of geometry in recreating the cherry blossoms in vitrage like patterns. 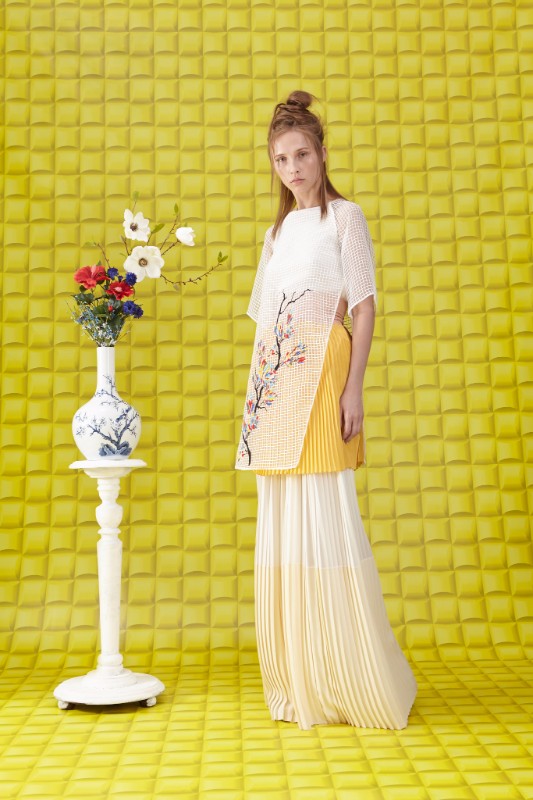 The iconic codes of Vionnet are featured throughout the collection in floating handkerchief patterns, the use of single quadrant and one seam dresses, plisse tunics and pleated skirts, light ethereal printed silk robes, Japanese chemisier pyjamas and beach dresses and kaftans, sometimes embellished with “racing” embroideries. 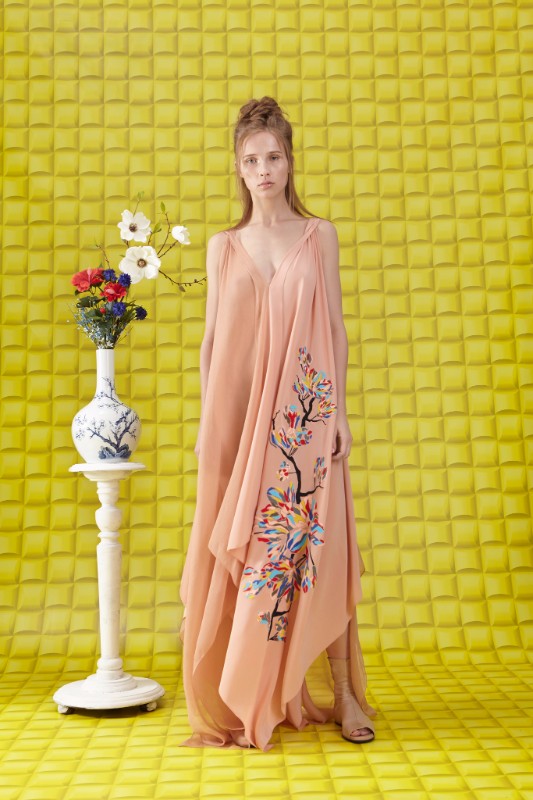 The concepts of this 2018 Resort collection converge in the complex layering of the fabrics, mirroring the masterful technique of both of our inspiring artists. The distinct fabrics of this season include micro plissé silk tulle léger, kaléidoscope embroidery printed filet and silk mosaïque en floraison, as well as liquefied georgettes and crèpe, jerseys and chiffon, tulle and net, characteristically used by the Maison.