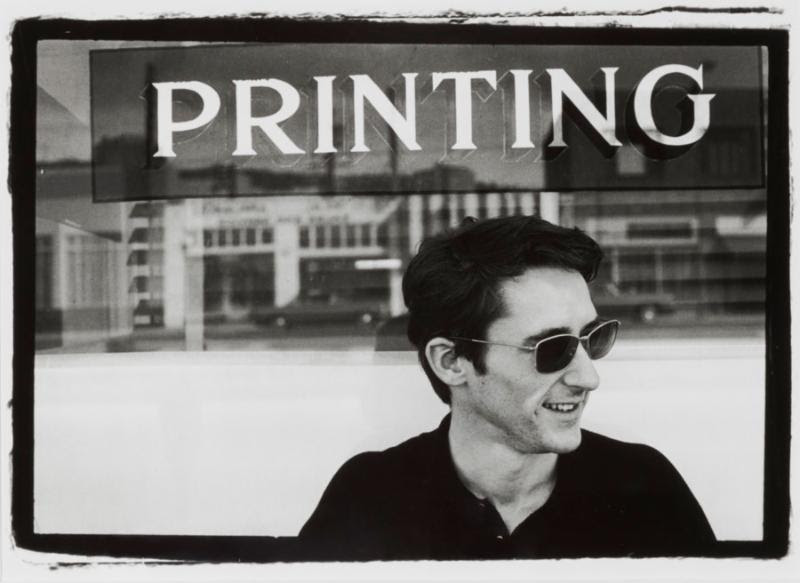 ” This is a story of a man/child who chose to develop his five senses and live and experience rather than just read. “

Gagosian is pleased to announce an exhibition of photographs by Dennis Hopper, following the presentation of The Lost Album at Gagosian New York earlier in 2013.

Hopper established his reputation as a cult actor and director with Easy Rider (1969), and maintained this status with gritty performances in The American Friend (1977), Apocalypse Now (1979), Blue Velvet (1986), Hoosiers (1986), and as director of Colors (1988). During his rise to Hollywood stardom, he captured the establishment-busting spirit of the 1960s in photographs that travel from Los Angeles to Harlem to Tijuana, Mexico, and which portray iconic figures including Tina Turner, Andy Warhol, and Martin Luther King, Jr. Rediscovered after Hopper’s death, the historically significant Lost Album comprises over 400 black and white photographs taken between 1961–when Hopper’s soon-to-be wife Brooke Hayward gave him a Nikon camera for his birthday–and 1967. This exhibition focuses on two bodies of work that offer glimpses of the luminaries and landscapes of Hopper’s private life during the 1960s and 1970s: a selection of portraits from The Lost Album, depicting artists from Jasper Johns and Roy Lichtenstein to Ed Ruscha; and Drugstore Camera, a series shot in Taos, New Mexico, where Hopper was based following the production of Easy Rider and into the 1980s (Hopper is buried in Taos and kept property there throughout his life). Taken with quick-use cameras and developed in drugstore photo labs, the Drugstore Camera photographs document Hopper’s friends and family among the ruins and open vistas of the desert landscape; female nudes in shadowy interiors; road trips to and from Hopper’s home state of Kansas; and spontaneous still life assemblages of discarded objects. During the 1960s, Hopper created a series of portraits of now legendary artists, often taken in a spontaneous manner. Claes Oldenberg appears at a wedding in 1966, standing among plaster cake slices that he created as party favors, plated and placed in uniform rows on the ground. Andy Warhol, wearing dark sunglasses and a skinny tie, smiles impishly from behind a small flower arrangement. Balanced at the top of a ladder, Robert Irwin gestures at the photographer while clenching the end of a light bulb between his teeth. These images, and the many other cultural events, iconic individuals, and intimate moments that caught Hopper’s attention, constitute a captivating view of the sixties and seventies that combines political idealism and humanistic optimism with California cool.