slide
grid
You can use keyboard arrows for sliding.
1
3 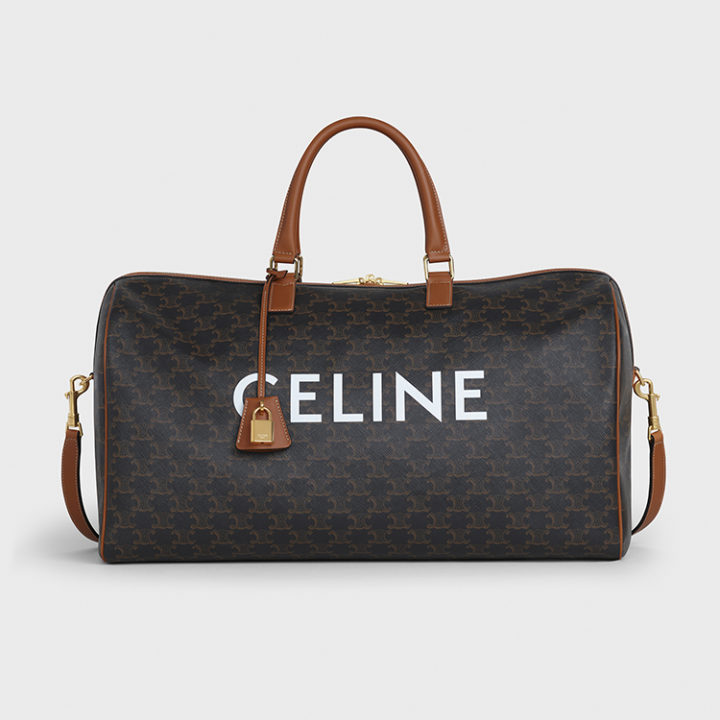 All you have to know about the new Celine Coated Canvas

As the ninth of a total of ten special models, the LITTLE LANGE 1 MOON PHASE “25th Anniversary” recalls the spectacular presentation of the LANGE 1 on 24 October 1994. 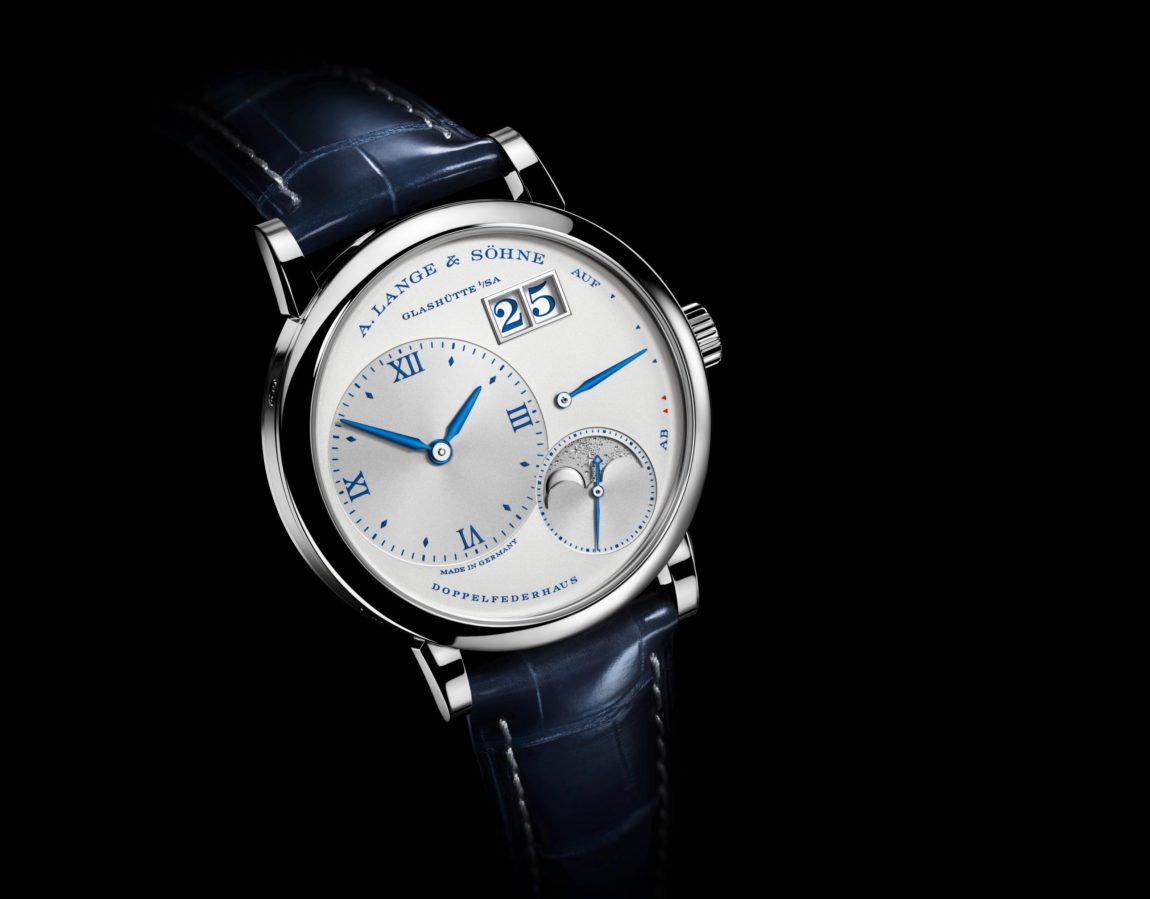 Credits: Little Lange 1 "25th Anniversary" The LITTLE LANGE 1 MOON PHASE “25th Anniversary”, presented in September 2019, is the ninth model of the special collection, marking the 25th anniversary of the LANGE 1. Limited to 25 timepieces in white gold, it features a blue-printed argenté-coloured dial and a lunar disc in white gold with hand-engraved stars.

A hand-engraved lunar disc in white gold distinguishes the LITTLE LANGE 1 MOON PHASE – presented on the occasion of the 25th birthday of the LANGE 1 – from the standard version. It has a diameter of 36.8 millimetres and debuts in a limited edition of only 25 watches.
As the ninth of a total of ten special models, the LITTLE LANGE 1 MOON PHASE “25th Anniversary” recalls the spectacular presentation of the LANGE 1 on 24 October 1994. The hallmarks of the two-toned anniversary edition include a white-gold case, an argenté-coloured dial in solid silver with blue-printed elements and blued steel hands. The colour concept is echoed in a characteristic movement detail: The blue filled engraving of the balance cock in German silver features a reliefed depiction of the outsize date with the number “25” to match the anniversary. The watch is worn on a dark blue alligator leather strap with a white-gold buckle. 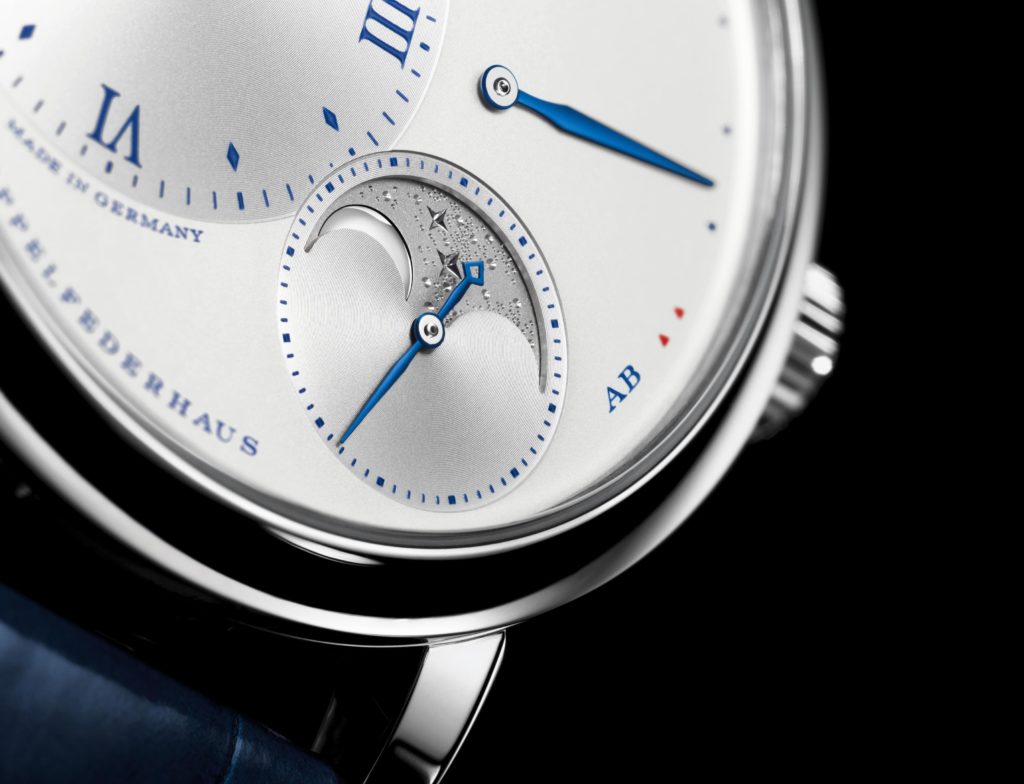 Like all manually wound timepieces of the LANGE 1 family, the LITTLE LANGE 1 MOON PHASE – first introduced in 2017 – has an off-centre dial with an outsize date and an UP/DOWN power-reserve indicator. The moon-phase display is so precise that it only has to be corrected by one day every 122.6 years. As was already the case with the GRAND LANGE 1 MOON PHASE “25th Anniversary”, this special edition also features a hand- engraved lunar disc. Six stars and numerous little dots depict the starry sky and together with the golden moons form a three-dimensional heavenly canopy.

The manufacture calibre L121.2, painstakingly finished, polished and decorated by hand, runs at a frequency of 21,600 semi-oscillations an hour and thanks to its twin mainspring barrel only needs to be wound every three days. 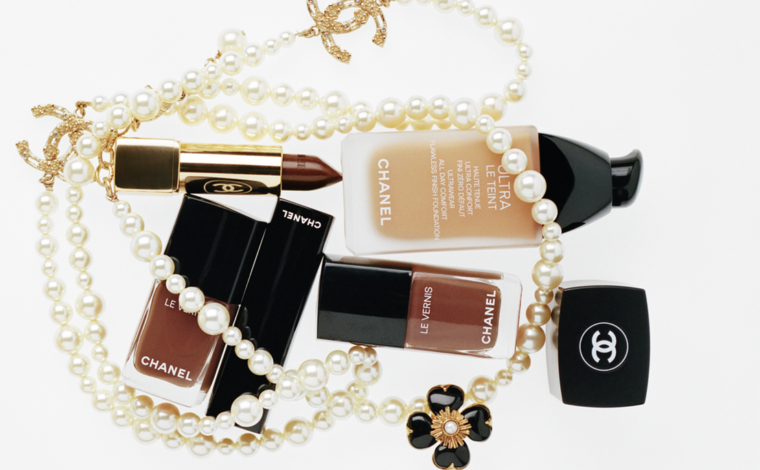