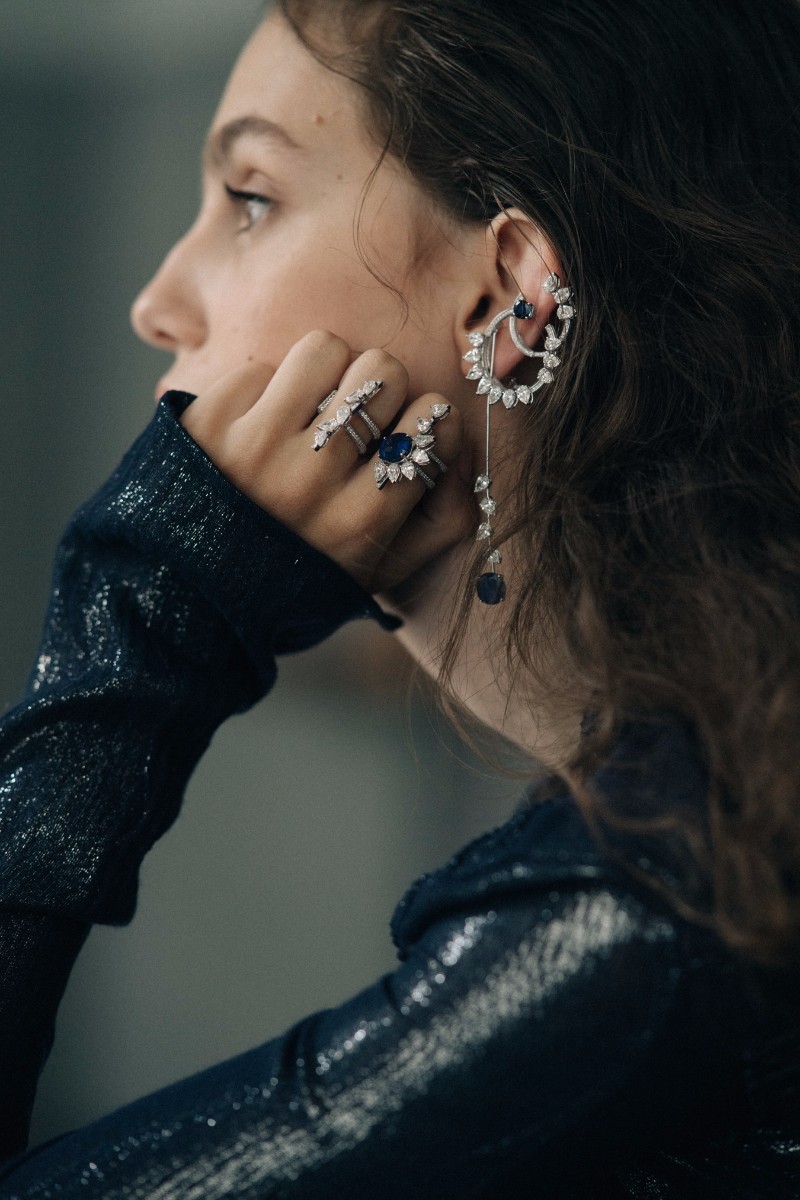 Haute Joaillerie – series II, or Composite, is the second Haute Joaillerie ensemble by Dauphin. The new series created by Charlotte Dauphin de La Rochefoucauld addresses the theme of hybridity.
The set of objects is composed of mixed techniques around the central minimal bar, a quintessential element of the french house’s aesthetics (collection II and Haute Joaillerie series I in 2015, the disruptive series in 2016). 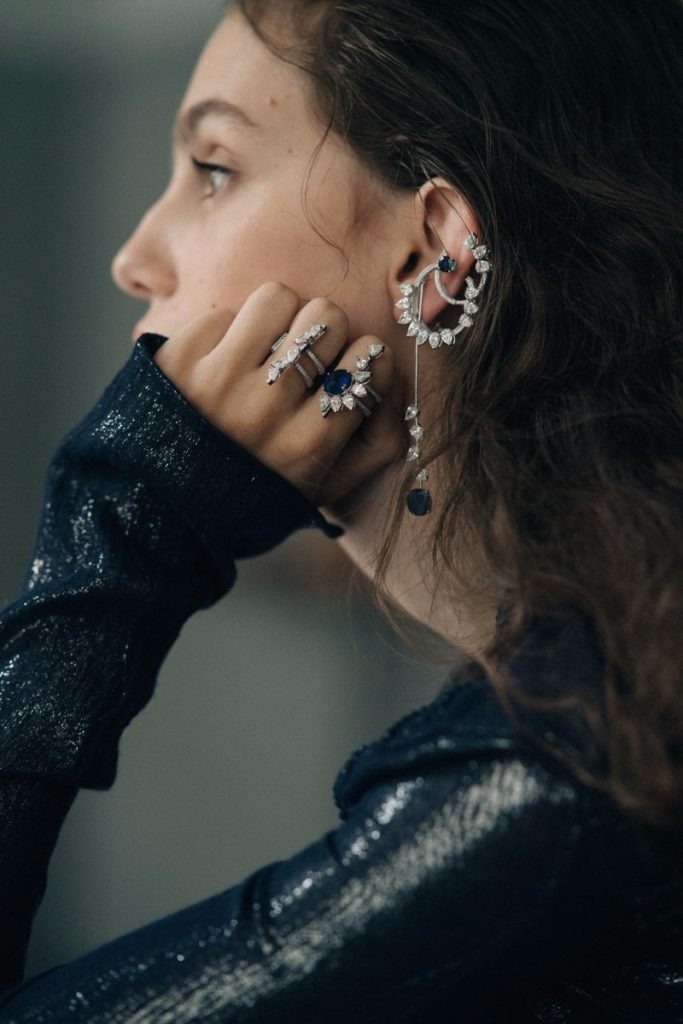 The central line is used again as a plane to define space within Charlotte Dauphin de La Rochefoucauld’s work, and is a recurrent now iconic element of Dauphin’s broken geometry that allows endless opportunities to compose.

The quintessential line is the only recurrent element in the new Haute Joaillerie series, ever-present from one creation to another, as a defining space to work with, a precious, self-imposed formal constraint. 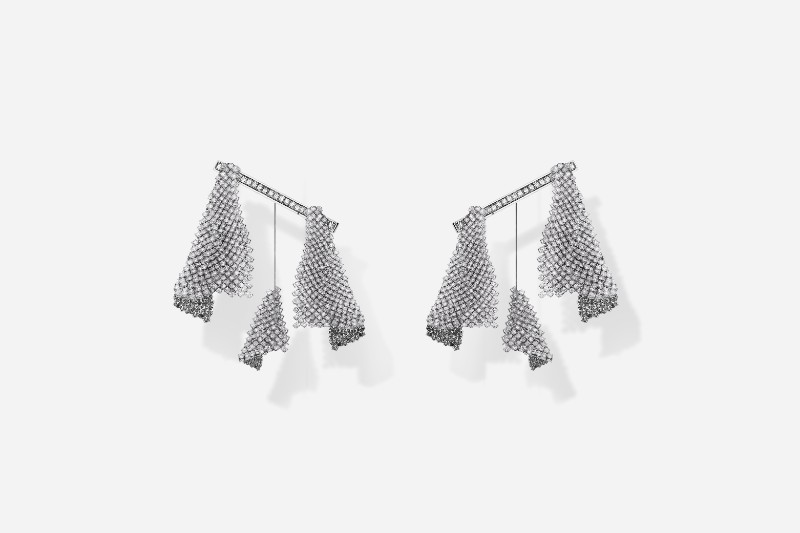 Pear-shaped and marquise cut diamonds, coloured sapphires and new kinetic diamond structures – deriving from the fluid series also presented – are added randomly, to create multiple harmonious, and balanced compositions, mixing for the first time gold with platinum. This concept of composition is consciously experimented with this new series to allow singularity for each object through a constant rearrangement, the very essence of Haute Joaillerie. 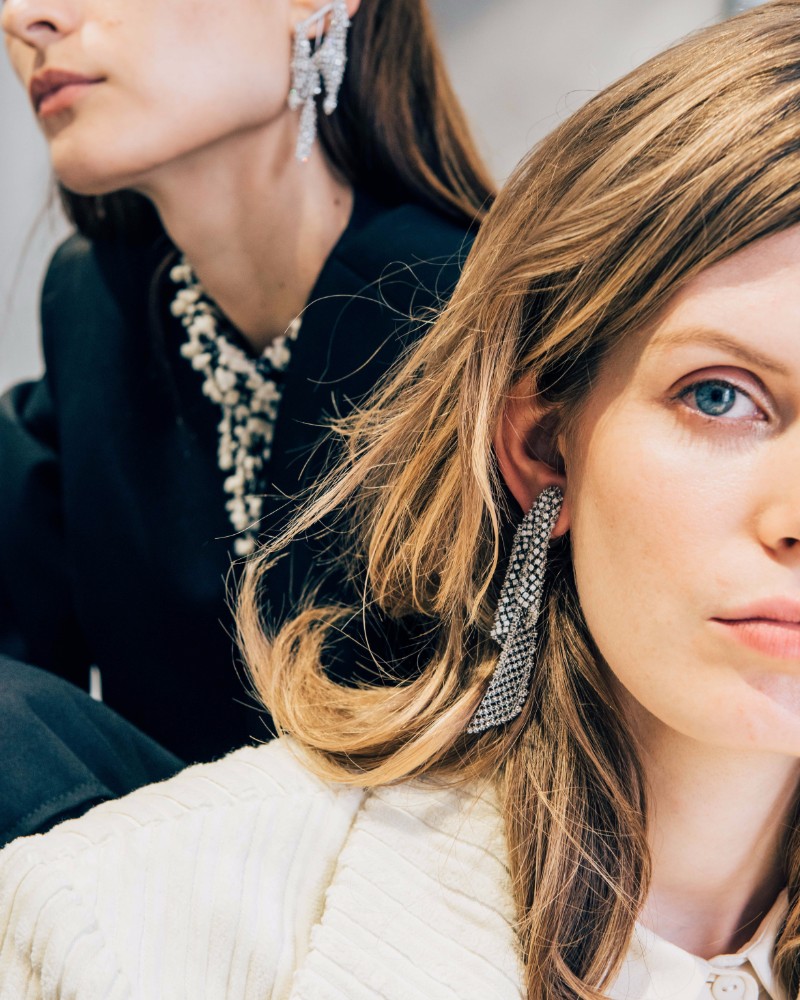 Opposition between structural elements and kinetic parts allows for more freedom within the objects to randomly perform with the body and to accentuate human movement and behaviours.