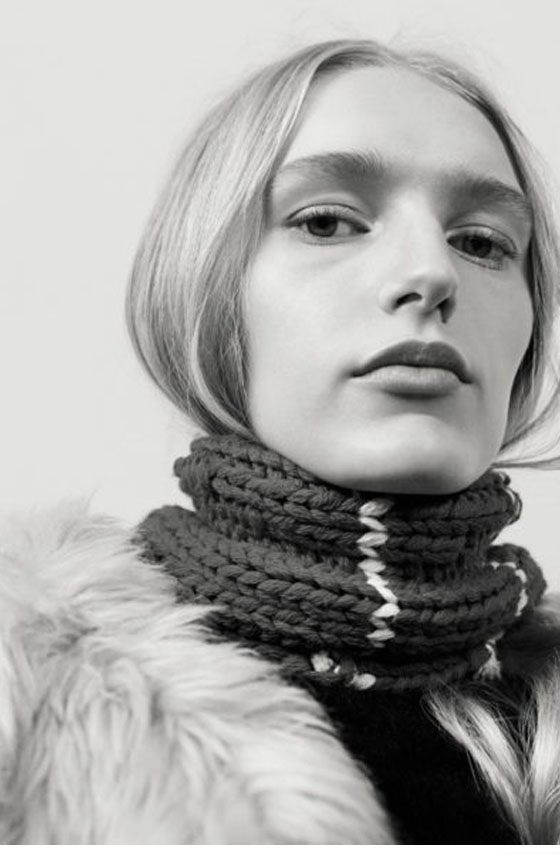 Direct, simple and human, A City of Women portrays the Prada woman today. Yet this is not woman as singular, but legion, presented in multiple incarnations to reflect the many facets of contemporary femininity, the multitude of roles women assume and express. As in a city, these different walks of life, different visions of women, co-exist, intermingle, contrast and compliment. Archetypes are eschewed, stereotypes exploded.

The Prada woman is never static, nor easily defined. A study of different characters and different moods, emotion and narrative is evoked through the clothes and the women themselves, photographed in a space stripped to bare concrete. Removed from context and distraction, these become pure portraits of women, each an embodiment of a part of Prada – Mica Arganaraz, Mia Brammer, Saskia de Brauw, Freja Beha Erichsen, Kris Grikaite, Nina Gulien, Amanda Murphy, Cara Taylor, Natalie Westling, Kiki Willems. These women are presented as individuals, each unique – but as in a Metropolis, the interaction of their different personae create unexpected dialogues, visual conversations. Their sum whole, their combined characters, represent an ever-fluctuating and evolving female incarnation of Prada.